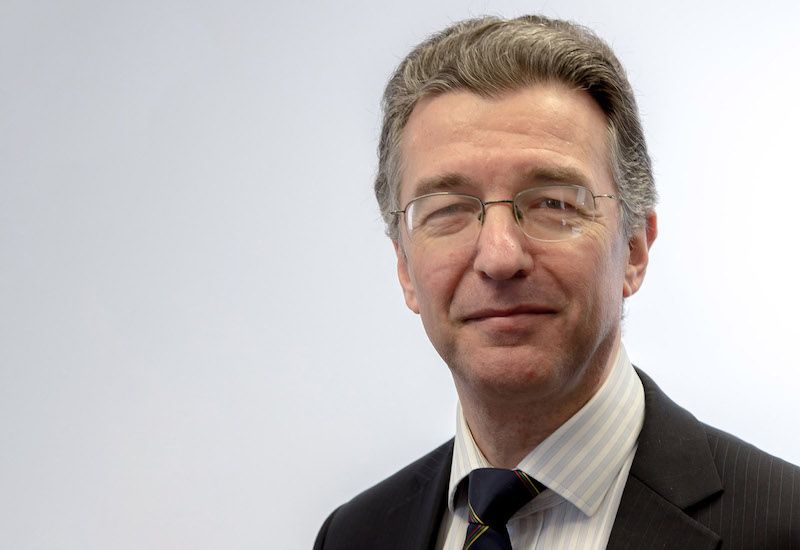 Richard McMahon has been sworn in as the 90th Bailiff of Guernsey.

Although many of the traditional events which would usually mark the occasion have had to be cancelled, a special sitting of the Full Court was still able to take place this afternoon - with the help of technology.

It was followed by Mr McMahon's first official wreath laying as Bailiff, to replace the one that was taken from the War Memorial and destroyed, following the recent Liberation Day commemorations.

Mr McMahon has taken over from Sir Richard Collas, who retired this week after eight years of service. He had placed the original Liberation Day wreath as one of his final official duties as Bailiff just over 48 hours earlier. 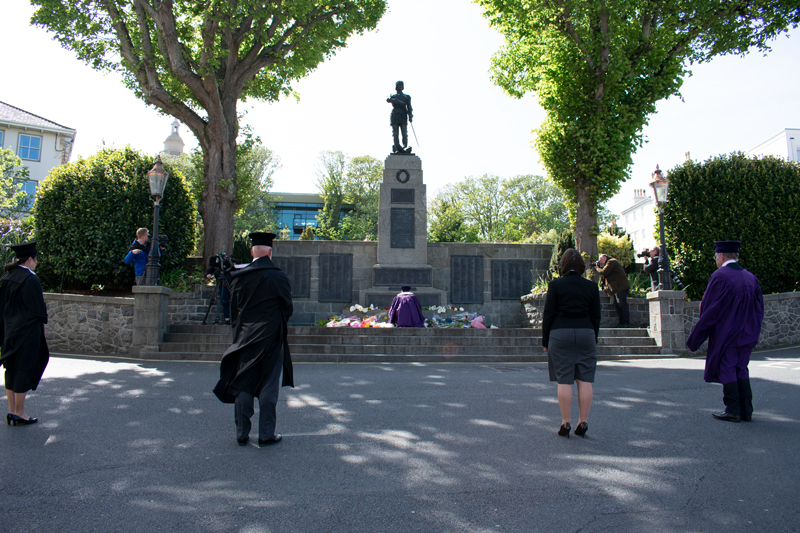 "The position of Bailiff is an ancient one," said His Excellency the Lieutenant Governor, Sir Ian Corder. "I suspect you feel the penetrating gaze of your 89 predecessors looking down at you, wondering how the boy will get on.

"I doubt they will have anything but the utmost confidence that their legacy is in good hands.

"Rest assured, you enjoy our fullest confidence and know we are all here to support and assist you in any way we can."

Guernsey's new Bailiff was born in 1962 and educated at Abingdon School before going to Liverpool University, then Emmanuel College in Cambridge, the Inns of Court School of Law in London and finally the Université de Caen in France.

He was called to the English Bar in 1986 and spent a number of years lecturing law at the University of Reading, before moving to Guernsey in 1995 to become a Legislative Draftsman. 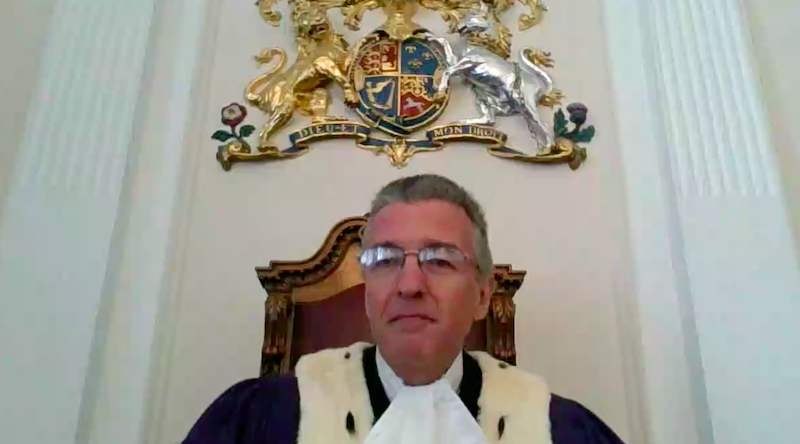 Pictured: Richard McMahon was sworn in, in a partially virtual Full Court sitting

Mr McMahon was called to the Guernsey Bar in 1998 and went on to be appointed a crown Advocate and Director of Civil Litigation in 2000. In 2008, he became External Relations Policy and Legal Adviser.

He was appointed Her Majesty's Comptroller the following year and, as a consequence, Deputy to Her Majesty's Receiver General for Guernsey. At the same time, he was also appointed Queen's Counsel.

Mr McMahon took on the role of Deputy Bailiff of Guernsey in March 2012.

He takes a particular interest in watching local sports as well as in the arts scene - being a valued member of the Guernsey Chamber Choir as well as the Torteval Church choir.

"I recognise what a huge privilege and honour it is for me to be sworn into office today, in this unique manner," Mr McMahon said. "I am too well aware of the intense talents of those who have served as Bailiff and know I have a lot to live up to. 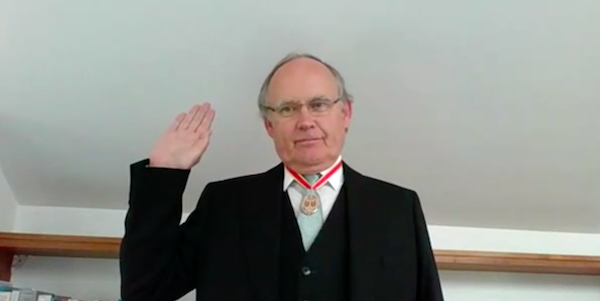 Pictured: The former Bailiff, Sir Richard Collas, was made a Lieutenant Bailiff.

"I am confident there is much to look forward to as Bailiff, supporting the sport, culture and heritage of the Bailiwick. I really am looking ahead to the time when I can resume getting out and about across the community, meeting the fantastic people who do so much to make the Bailiwick a special place to live.

"My prayers are that there will be light at the end of the tunnel and we will emerge as Guernsey Together in an even brighter future.

"The community spirit has been so impressive and I thank you all very much."

Mr McMahon was supported in court by his wife and their two children.