Many thanks, Sir Richard 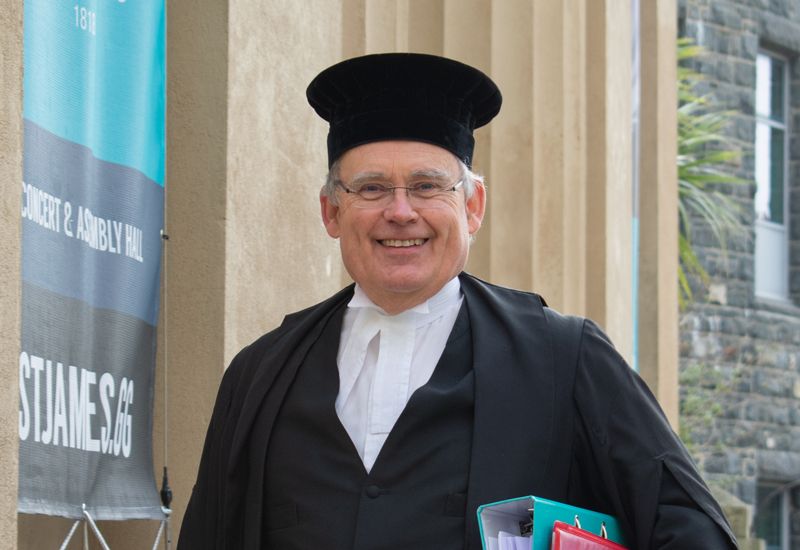 Many thanks, Sir Richard

Sir Richard Collas retires as Bailiff today, bringing to an end his eight year's of service to the Bailiwick as Guernsey's 'leading citizen'.

The role of Bailiff means the postholder is the island's representative in non-political matters, with functions embracing judicial and civic duties, and a more limited but important parliamentary role - according to Guernsey's Royal Court website.

Sir Richard was sworn in as Bailiff in 2012, having served the island as Deputy Bailiff for seven years before that, under Sir Geoffrey Rowland.

Sir Richard is the 89th man to hold the position - but he leaves the office knowing that he will probably see a woman sworn in within the next decade.

He is being succeeded by his Deputy Bailiff, Richard McMahon, who will have Jessica Roland support him as Deputy Bailiff - the first time a woman has been appointed to the office. 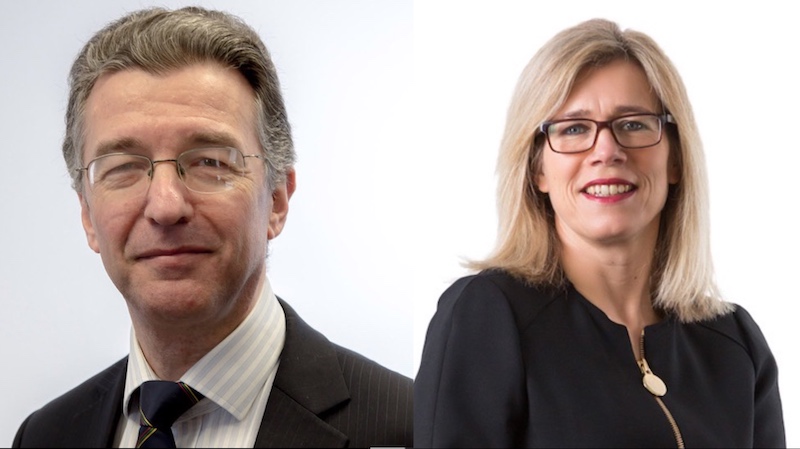 Pictured: Richard McMahon is to be sworn in as Guernsey's 90th Bailiffi, while Jessica Roland will be Guernsey's next Deputy Bailiff, and the first woman to take on the role.

Speaking during the last States meeting he presided over, Sir Richard said how proud he was to have held the office of Bailiff.

He acknowledged the difficult decisions which will lie ahead for the island's politicians, under the new Bailiff, as the corona virus pandemic continues to take its toll on the economy.

Above: Sir Richard Collas' final speech to the States of Deliberation as Presiding Officer.

Sir Richard has been a popular Bailiff, with support from his political colleagues, the island's judiciary and the many charities and organisations he supports.

The Lieutenant Governor, Vice Admiral Sir Ian Corder, led a virtual toast to the out-going Bailiff over the Liberation Weekend.

On VE Day, Friday 8 May, His Excellency said it was an important occasion which had to be marked virtually in light of the extraordinary circumstances we're living through.

Cheers to the Bailiff from Bailiwick Express on Vimeo.

Above: His Excellency, the Lieutenant Governor led the toast to the Bailiff.

“Sir Richard is so well-loved in Guernsey," she said, "and he has fulfilled his role as Bailiff with great professionalism, always showing his deep affection for the Bailiwick and its people. He has served admirably as Presiding Officer for the States Assembly too, often helping to steer political members through what can be some rather long and complex debates, providing expert advice with impartiality.

"He’s one of our Island leaders and the Island has changed so much, and faced so much, since he took on the role in 2012 including in what’s happened this year as we face the coronavirus pandemic. Sir Richard’s support to political members and to the community and some of the very moving words he’s made publically, are just one example of what an excellent leader he has been. I wish him all the very best in his retirement.”

#cheerstothebailiff Always a great supporter of sport in Guernsey, especially when we face the crapauds! Cheers to a healthy and happy retirement Sir Richard, it has also been an honour to work for you in the States of Deliberation #guernseylegend pic.twitter.com/V8q42ddj2c

Many other people toasted the Bailiff over the weekend, using #cheerstothebailiff to share their good wishes with Sir Richard.

The good wishes were received with Sir Richard's daughter sharing a reply from her father.

Thank you from the Bailiff for all your messages (he doesn’t have Twitter ofc), official thank you coming soon! ⁦@Govgg⁩ #cheerstothebailiff pic.twitter.com/Pzdij5sR8g

In normal circumstances a ceremony would be held to swear in the new Bailiff and Deputy Bailiff infront of an invited audience and the media.

Instead, Mr McMahon will be sworn in during a special sitting of the Full Court this afternoon which invited individuals can watch online.