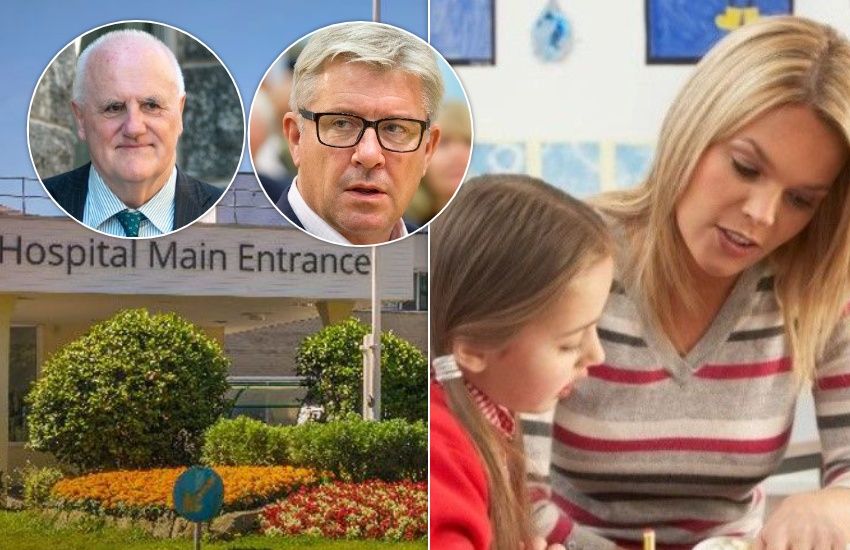 States' committees are in line for inflation-busting budget increases next year.

The draft 2023 Budget, published overnight by the Policy & Resources Committee, proposes spending by committees totalling £573million - an increase of £48m or 9% on this year's budgets.

The Committee for Health & Social Care is set for a budget uplift of £24m or 12.7% - more than twice the rate of inflation now forecast by the States for 2023. All other committees would also receive real terms increases in their cash limits.

Nearly £23million of the additional expenditure would meet increasing demands or inflation on existing services. Around £21million would fund two years' worth of pay increases for States' staff - 5% (plus £500) for this year and 7% for next year. And new or expanded services or programmes would be allocated £13.5million of additional expenditure.

These increases would be only partially offset by a reduction of £9.1m in the States' contributions to their employees' pension schemes, which was agreed by deputies earlier this year. 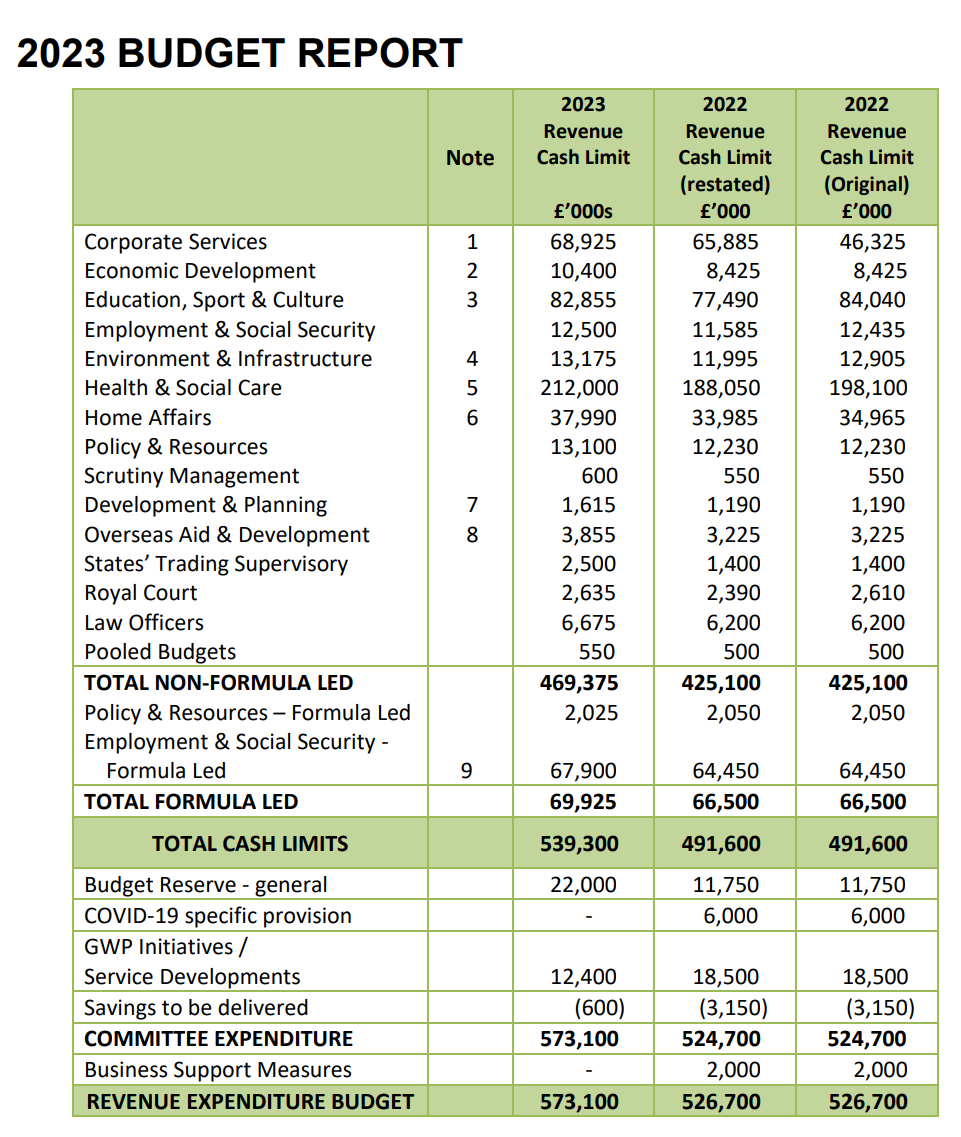 Pictured: This table, reproduced from the 2023 Budget Report published overnight, sets out the details of proposals for significant increases in the budgets of States' committees.

Personal allowances on income tax will increase by £850 or 7% to £13,025 a year. Property tax will be frozen for domestic properties with a TRP rating of less than 200, which includes nearly three out of four local market properties. And there will be a one-year pause in the gradual withdrawal of mortgage interest relief, which will delay an increase of up to £600 to the tax bills of qualifying couples.

These changes will be largely offset by increasing other taxes and charges to raise an additional £1.7m. in 2023. Vehicle first registration duty will be doubled. Commercial properties and larger domestic properties will face increases in property tax above the rate of inflation. And duty on alcohol will go up by 7.5%. 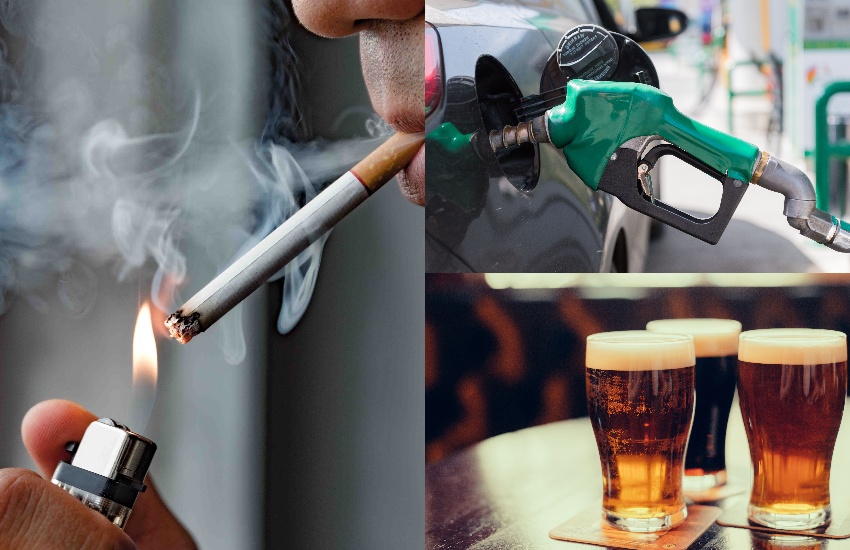 Pictured: Smokers, drivers and drinkers face another round of hikes in duties as part of measures to raise additional income in the 2023 Budget.

If the States' Assembly backs the draft Budget, increases in duties will permanently add 3.9p to a pint of beer, 4.6p to a litre of fuel, 17p to a bottle of wine and 69p to a packet of 20 cigarettes.

Earlier this year, the Committee said that a crisis in the supply and affordability of housing was at the top of the list of major challenges which the States must tackle immediately.

The Committee's draft 2023 Budget includes several changes which it said would support the housing market. These include relief from document duty to encourage downsizing, additional document duty on properties purchased as investments and additional charges on unoccupied or derelict properties.

The draft Budget will be debated at a special meeting of the States which starts on Tuesday 1 November. 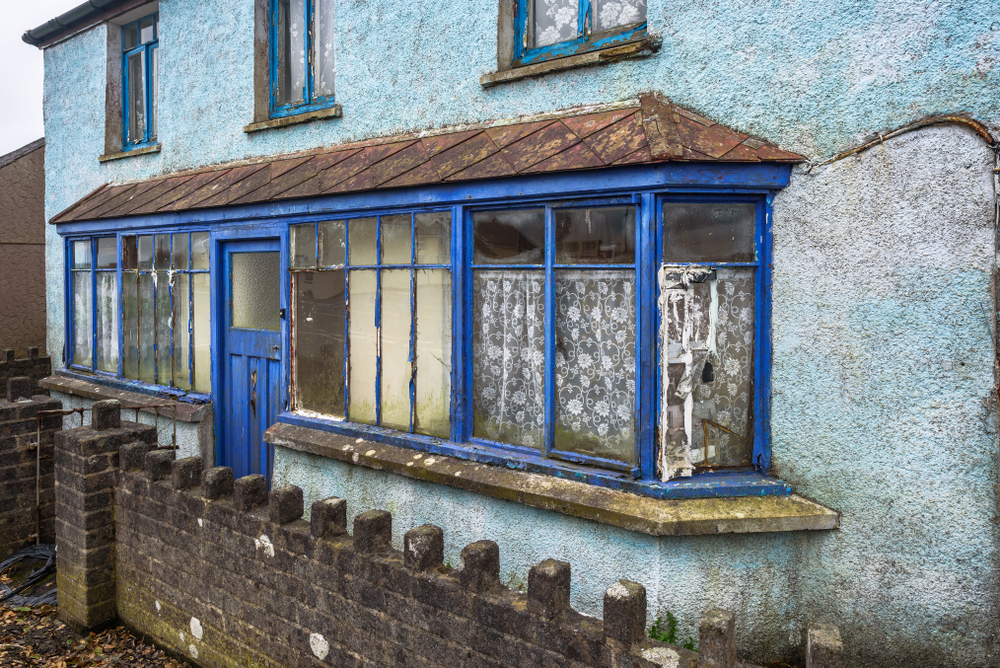 Pictured: The draft 2023 Budget includes proposals to introduce penal rates of TRP for owners of derelict or unoccupied properties which could be released back into the market to add to the supply of housing.

The Committee said yesterday that its proposals for major additional tax-raising measures - which previously included and may still include a goods and services tax (GST) at 5% or 8% - would now return to the States in January 2023 rather than at the end of 2022.

The Committee also said that failure to reach agreement on raising more income would probably result in the 2024 Budget including major reductions in expenditure, possibly of up to 10%, which it said would result in significant cuts to public services.