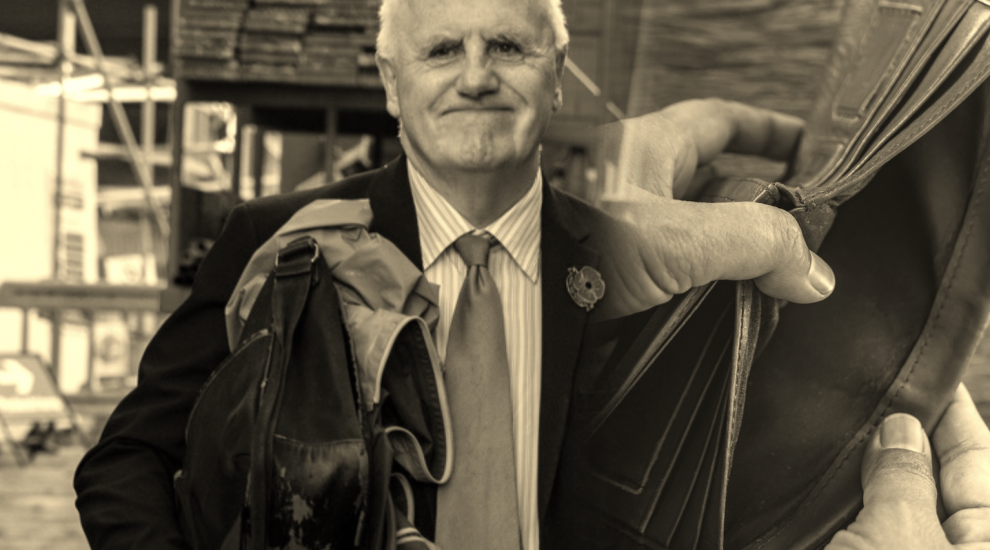 Citing his status as a political veteran, Deputy Peter Ferbrache today tore into his predecessors and said the plans to transform Guernsey's civil service, and save us millions of pounds each year, "was the worst plan I've ever seen in all of my life, business, professional, or States wise".

Making an unexpected statement to the States this morning, the Chief Minister announced a new direction for the government - but without giving too many details about what that new direction will look like, or how it will work.

His statement caused some shockwaves around those gathered in the public gallery, expecting to hear the opening stages of the debate on the anti-discrimination legislation - which is scheduled to start later today.

Précis: ‘everything before was truly terrible - which, to be fair, I do tell you every time I speak, along with the absence of a magic money tree - but I won’t tell you what I’m going to do about it for another 5 months (29 months after I took job.)’ https://t.co/9G4WeEMI9K

Jayne Ozanne was among the crowd gathered at the States today, urging progress with the Prevent Discrimination (Guernsey) Ordinance

Deputy Ferbrache reminded the States that there is a plan in place to reduce expenditure, to relocate multiple public services online, and to reduce the public sector workforce.

"Central to that work was the delivery of savings which would allow money to be released and reinvested in front line services - hospitals, schools, our police service etc as they cope with increasing demands and pressures."

As he made clear that these aims had not been met, and were unlikely to ever be met under the current plan, he was clear not to blame those doing the work directly.

"...the staff right across our organisation working to deliver change and those who have seen their roles change already have worked incredibly hard and we should thank them," adding that "I don't want anyone hearing this, to think it's a criticism of the very hardworking people in our public sector."

"We've seen around 100, we've seen 99 in fact, and we know realistically we've removed as many as we can through efficiciencies  alone. To remove more will mean cutting into the delivery of services itself. 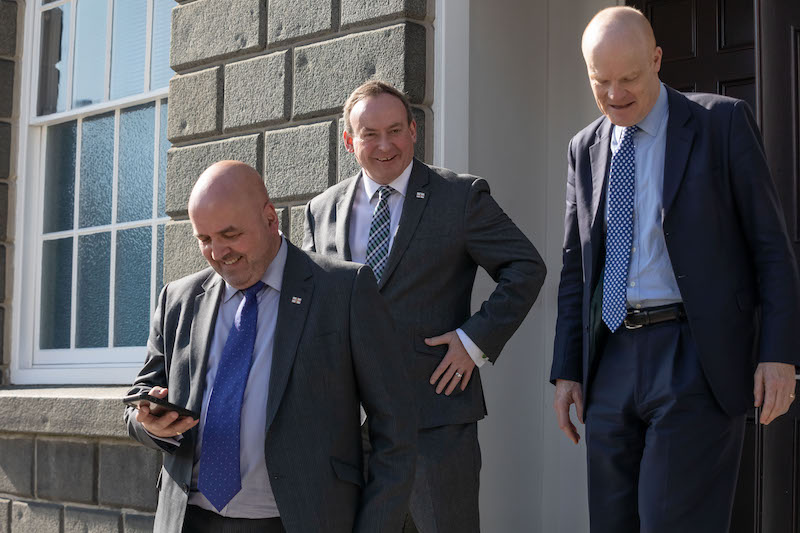 Pictured (l-r): Deputies Jonathan Le Tocq, Lyndon Trott, and Gavin St Pier made up Policy and Resources, along with Jane Stephens and Al Brouard, between 2016 and 20, with Deputy St Pier serving as Chief Minister.

"It's become apparent that the programmes of work were too complex, too ambitious, and simply not deliverable. This leaves us in a position where current expectations in terms of savings are pathetic compared to previous promises."

Acknowledging that since the current public sector reform plan was agreed in 2015 there have been notable challenges including a global pandemic to contend with, Deputy Ferbrache said that "can't be used as an excuse because fundamentally the approach last term, which was a 'big bang' approach, if I'm honest was all wrong, completely wrong."

Deputy Ferbrache, who has been Chief Minister since late 2020, laid the current financial problems at the door of his predecessors, saying "This current Policy and Resources Committee has inherited this problem," adding "it's been complicated and time consuming getting into a position where we can fully appreciate the extent of it.

"It's clear now, we cannot continue as we are. We need a new direction now if we're going to successfully deliver the changes islanders expect without wasting significant additional sums.

"To do otherwise would simply be an unconscionable waste of tax payers money. It would also be unfair to those who are working so hard across the States to try and deliver results against the direction this assembly sets with no realistic hope of success."

Without giving details about how the public sector reform plan will be changed, Deputy Ferbrache said it cannot be redirected without everyone working together.

He warned that political pushback, a lack of will, or lack of engagement will make things worse.

"We cannot continue in this direction. We must change," he warned his political colleagues. 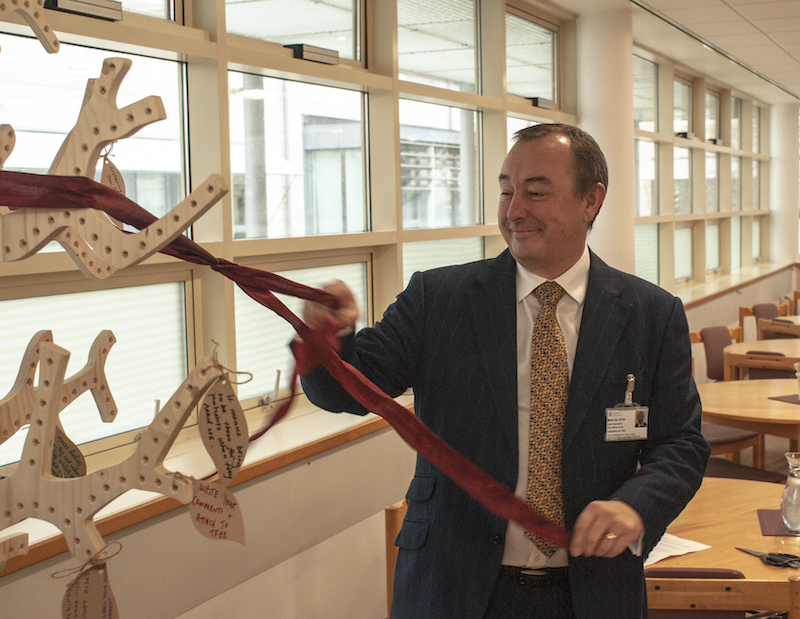 The new public sector reform plan is being steered by the new Head of the Public Service, Mark De Garis, who was confirmed in the role earlier this year, having been placed into it temporarily following the sacking of his predecessor.

Paul Whitfield had been considered an ally of Deputy Gavin St Pier, the Chief Minister prior to Deputy Ferbrache.

He warned the situation will become dire if his new plan isn't supported.

"We're moving nearer the day that we will have to turn off services," he warned. "That's how stretched we find ourselves." 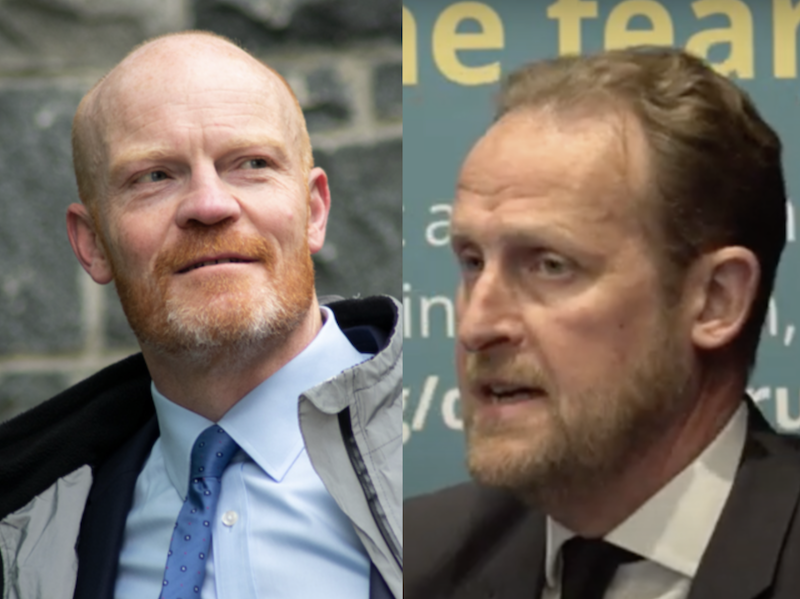 Deputy Ferbrache went on to say "we have what is the most difficult job of any States since my political career began in 1984," continuing by saying that despite the "huge global economic uncertainty," "we must rise to the occasion. We must work with our public sector, we must work with our community, and we must work together and stop chasing ghosts of the previous term."

Laying the blame for the current financial situation the States; and the island, faces at the door leading to the past Deputy Ferbrache said his message should be seen as a positive.

"What we inherited was the worst plan I've ever seen in all of my life, business, professional, or States wise."

"I hope this can be seen as a positive. We're putting a stop to things."

Posted by edward hill on Sep 28th, 2022
Politicians come and go. Civil servants are permanent. So guess who always wins at the end of the day ? So delaying tactics rule ok. That is the problem. Fire the 200 civil servants and work up from that basis.
To place a comment please login Login »