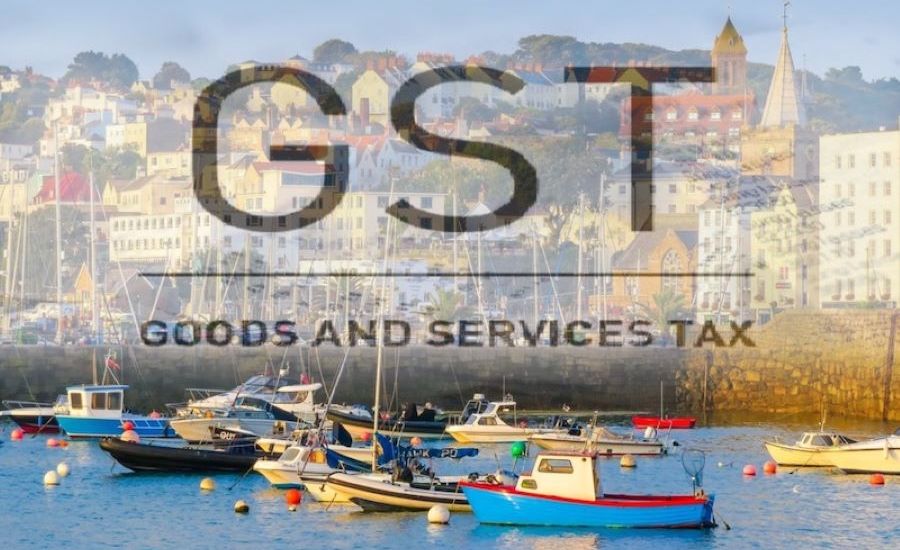 The Policy & Resources Committee will spend the next few weeks talking to the public to explain why it is proposing to increase taxes to bring in more money for public services.

The States are projecting a deficit in public finances - the gap between spending and income - of £85million a year. The Committee argues that the Bailiwick "must address this problem now" to protect public services and all of us who rely on them for generations to come.

Express has been taking a closer look at the Committee's case to explain what it is proposing and why.

Generally, people are living longer and having fewer children. This results in an increase in the number of older people and fewer people of working age. In turn, this creates a growing gap between increasing use of public services and declining tax income to fund them.

The average cost of public services per person is estimated to be around £11,000 per year. With a population of approximately 63,000, this means the annual cost to the States - to the people of Guernsey - of maintaining public services is very nearly £700million.

The States say that “a taxpayer on median earnings, which is about £35,000 per year, pays around £7,000 in all their taxes and social security contributions combined".

In other words, the average taxpayer on median earnings pays substantially less tax than the average cost per person of running the island's public services.

The States say that a person who pays £7,000 in tax in one year has paid the equivalent - and nothing more - of the cost of sending a child to secondary school for around two terms only. 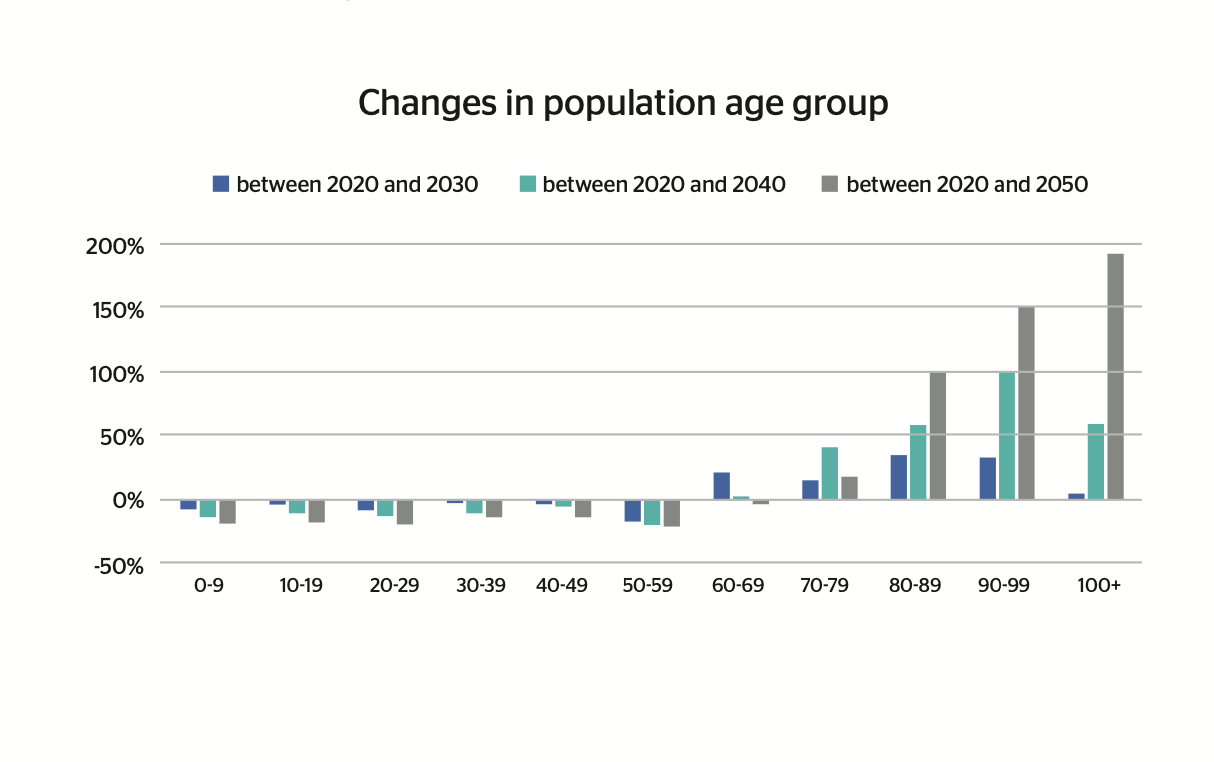 Pictured: Projected changes in demographics over the next three decades show that the only groups expected to grow in size are over the age of 60.

How do we raise more money?

The States project that in a few years' time there will be a shortfall in public finances of £85million a year. Every year.

'Public finances' refers to everything funded by the States out of taxes and charges paid by the people and businesses of the Bailiwick - from schools and health care to critical infrastructure and the emergency services.

The States have a programme of reforming the public sector, including the civil service, which aims to deliver cost savings without reducing service levels. Inevitably, opinion is divided - inside and outside the States - about the success of such reforms.

The Policy & Resources Committee says that, no matter how successfully the public sector can be reformed and made as efficient as possible, cutting costs will not go far enough to meet the multi-million-pound shortfall in public finances projected in future years.

“We find that most of the additional jobs and pay increases in recent years have been for nursing, medical and care staff. We have seen an increase of 350 roles in this area since 2010 and these roles are very much needed precisely because we have more elderly people needing more health and care services. In comparison, traditional civil service roles have barely changed in number over that time," says the Committee.

“Realistically, we will need to raise more revenue through taxes.” 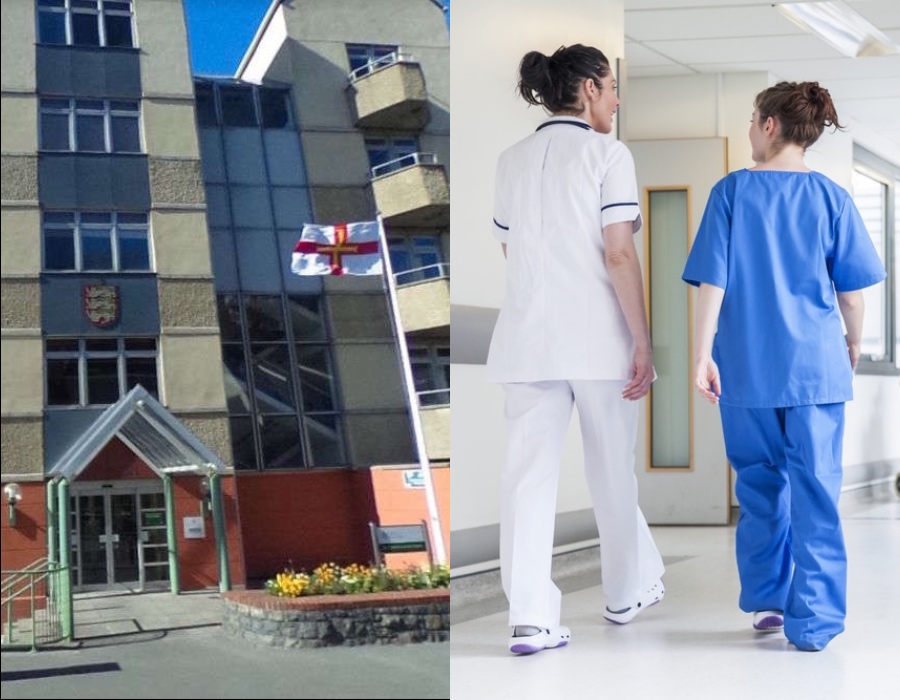 Pictured: The Policy & Resources Committee says that the projected deficit in States' spending cannot be fully or even largely addressed by cutting staff costs.

Where will the money come from?

Whilst some additional income could be generated by altering smaller taxes - for example, taxes on motoring or property - the only significant means identified to generate substantial revenue are: 1) increasing income tax with or without also increasing social security contributions or 2) introducing a goods and services tax (GST).

The Policy & Resources Committee - and a tax review steering group made up largely of politicians and which advises the Committee on tax policy - prefers GST over income tax. Provided, they say, that GST is part of a package which will help protect those who are financially less secure.

This preference for GST is partly because of the changes in the age profile of the Bailiwick's population which cause the challenge in the first place.

An ageing population means a shrinking workforce and therefore fewer people paying income tax. This leads to less revenue being collected, unless it is collected from sources other than income, such as purchasing goods and services, which of course retired people still do after leaving the workforce.

The States estimate that taxing visitors in this way at a 5% rate could alone lead to an extra £6million of tax income every year.

The Policy & Resources Committee is advising the Bailiwick that “a package of reforms, including a goods and services tax, is the best way to safeguard public services now and for generations to come".

Pictured: Over the next few weeks, the Policy & Resources Committee will be trying to explain its preferred package of measures to a community which has traditionally seemed strongly opposed to GST.

The Policy & Resources Committee is convinced that GST could be part of a package which creates a more progressive - or fairer - tax system overall.

It says modelling has shown that GST and other measures could be introduced together in a way which raises substantially more income for public services while protecting those on lower incomes.

How could a package including GST be made fairer?

Taxing goods and services without other measures would disproportionately affect people with the lowest income.

Protections could include increasing tax allowances, pensions and benefits to counter the effects of inflation.

In addition, the Policy & Resources Committee is also trying to reassure businesses about what GST would mean for them.

"The systems used by most businesses are built to accommodate this which means the additional administration is very manageable," says the Committee.

“We would also look at how we set things like registration thresholds which can protect small businesses."

The Committee accepts that it has not given much consideration to changing the corporate tax system since the States last debated tax policy in October 2021. This is because international discussions are ongoing about the possible introduction of a global minimum corporation tax rate.

“It is too soon to know how this area of taxation will affect the shortfall that is forecast in funding public services locally,” says the Committee.

You can read more about the Tax Review HERE.

The States are expected to debate GST and other tax and spending proposals this summer.