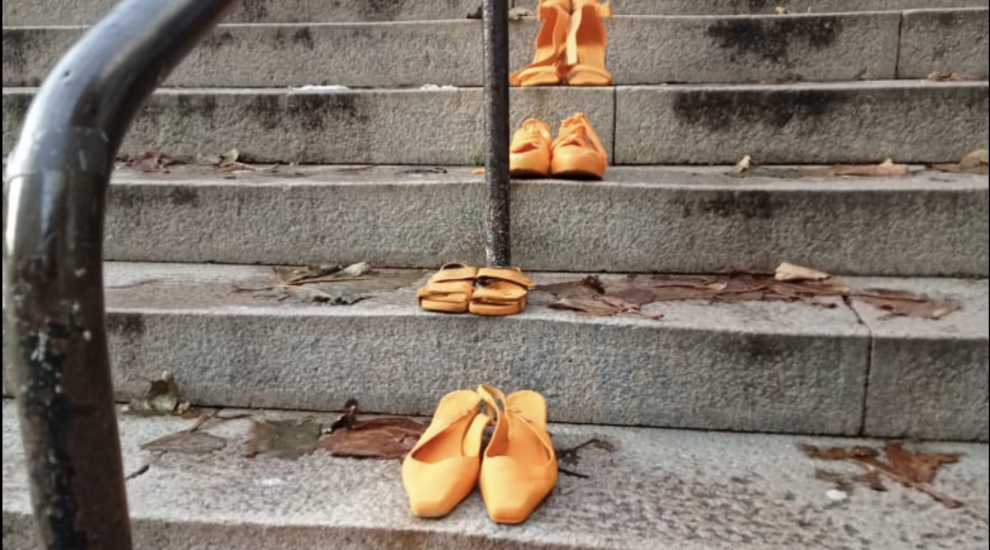 A campaign to raise awareness of human rights violations comes to an end today as people around the world mark Human Rights Day.

Guernsey's Soroptomists had used the UN International Day of the Elimination of Violence against Women on 26 November to launch their '16 Days of Activism against Gender Violence'.

‌That campaign is coming to an end today, on Human Rights Day.

Members of SI Guernsey had joined other Soroptimists across the world in "taking action and calling for the Elimination of Violence against Women".

They used the symbolism of the colour orange in their campaign.‌

Shoes sprayed orange have appeared in shop windows across town, on the market steps and in other locations since 26 November to highlight the campaign.

Beau Sejour was lit up in orange during the campaign and the Deputy Bailiff, Jessica Roland, and Fiona Naftel from Safer raised an orange flag.

Soroptimist International is a global women's voluntary organisation which aims to "inspire action and create opportunities to transform the lives of women and girls through a global network of members and international partnerships".