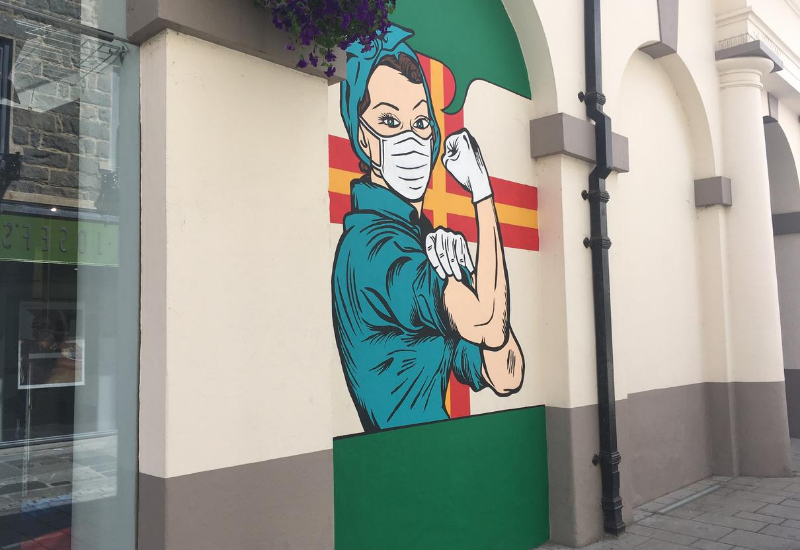 A mural commemorating the Guernsey Together spirit is currently being painted in Market Square, as part of a project inspired by local artists.

The mural, which is being sponsored by Soroptimist International Guernsey, is a reimagining of the iconic ‘Rosie the Riveter,’ depicting a frontline healthcare worker in front of a Guernsey flag.

The original was a digital image created by Tom Rowe of Carve-Creative. But on Liberation Day this year, local artists Nina Thomson, Tessa Le Gallez and Luisa de Freitas Alves recreated it as a 4’ x 4’ mural on Vazon headland. 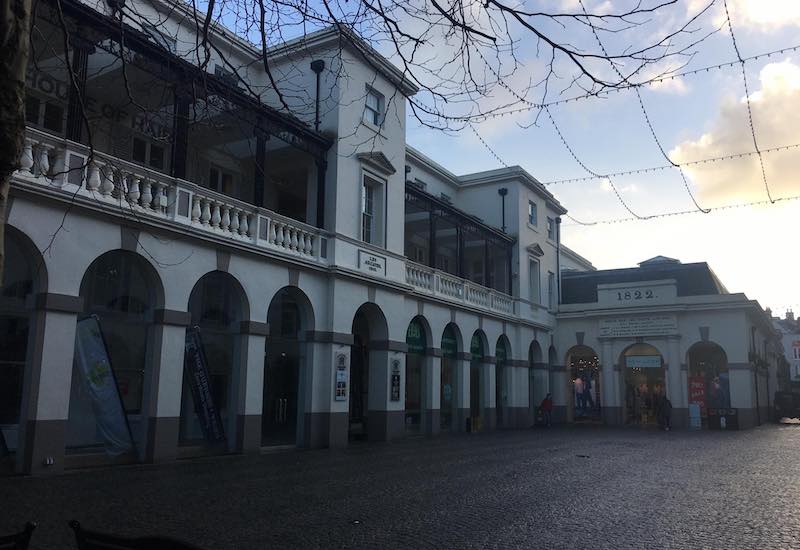 Pictured: The mural is being painted in one of the arches in Market Square.

When members of Soroptimist International Guernsey saw the mural, they approached the artists about recreating the mural in St Peter Port as a sponsored project. It's hoped it will demonstrate how islanders ‘worked together in such a difficult time.’

Work on the mural began in the evening of 30 July, when Mr Rowe drew the stencil of the image inside one of the arches on Market Street. The painting itself began on Sunday 2 August.