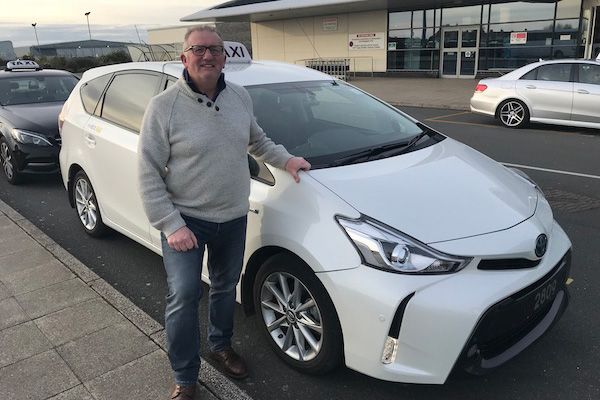 A taxi-driver has successfully appealed the sentence he was given by Guernsey's Magistrate after representing himself in the island's Royal Court, where the Judge and Jurats agreed to halve the length of his driving ban.

56-year-old Glen Pontin was found guilty of reckless assault and leaving the scene of an accident at the end of May this year, then in July, he was sentenced to 120 hours community service and 12 months off the roads.

The incident occurred toward the end of last year, when Pontin was taking a visitor, William Bracey, back to his hotel after a night out in town. Mr Bracey vomited inside the taxi, and refused to pay a cleaning charge. Things came to a head when the taxi driver drove away, accidentally dragging Mr Bracey alongside the vehicle, dislocating his shoulder.

Pontin only appealed the 12 month driving ban he was given for leaving the scene of an accident, when he appeared before the Royal Court yesterday to make his case.

"I was just doing my job on that night but now my entire life has been changed because of the actions of a very, very drunk man," he said.

"The sentence has destroyed my business, and in a year, I will have lost out on more than £100,000. I am sorry for what happened on that night, but I do feel the sentence for leaving the accident is unjust.

"If I had known I had hurt him [Mr Bracey] I would have stopped and taken him to A&E myself, because that is the kind of man I am."

Pontin also pointed to a number of UK road traffic collision sentencings where people were given no driving bans, even in cases of more extreme accidents.

After reviewing CCTV footage of the incident, Judge Russell Finch and the Jurats of the court concluded a six month driving ban would be suitable, and reduced that part of Pontin's sentence by 50%.

"We are neither here to retry or resentence you Mr Pontin, we have to decide if the judgement was wrong in principal or excessive," he said.

"It is in our view that a driving disqualification was suitable, however one of six months - so we are reducing your sentence from 12 months to six."

Pontin will still serve the remainder of his 120 hours of community service.

Pictured: Glen Pontin worked as a taxi driver prior to the incident which led to his driving ban.