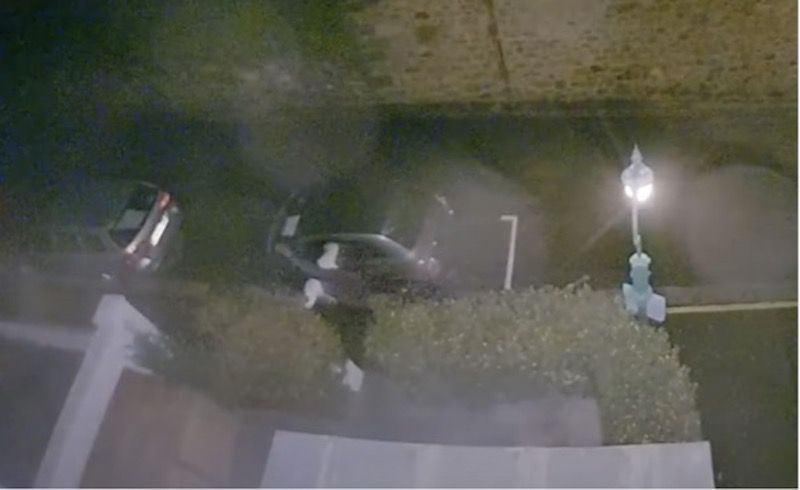 A man who kicked the wing mirrors off of several cars in George Road in a late-night spree of vandalism has been charged and will go to Court next month.

Investigators are thanking all members of the public that came forward with information.

An appeal for witnesses and surveillance footage was put out after a man ran down George Road, St Peter Port kicking the wing mirrors off of parked cars between 03:00 and 04:00 on Sunday 7 February.

"As a result of the Police investigation, an adult male [has been] charged with seven counts of criminal damage and is due to appear in Court next month," a spokesman for Bailiwick Law Enforcement confirmed.

"Alternatively, you can provide us with details anonymously by calling CrimeStoppers on 0800 555 111.”

Pictured top: A still of CCTV footage from a nearby property that was shared by a George Road resident at the time.