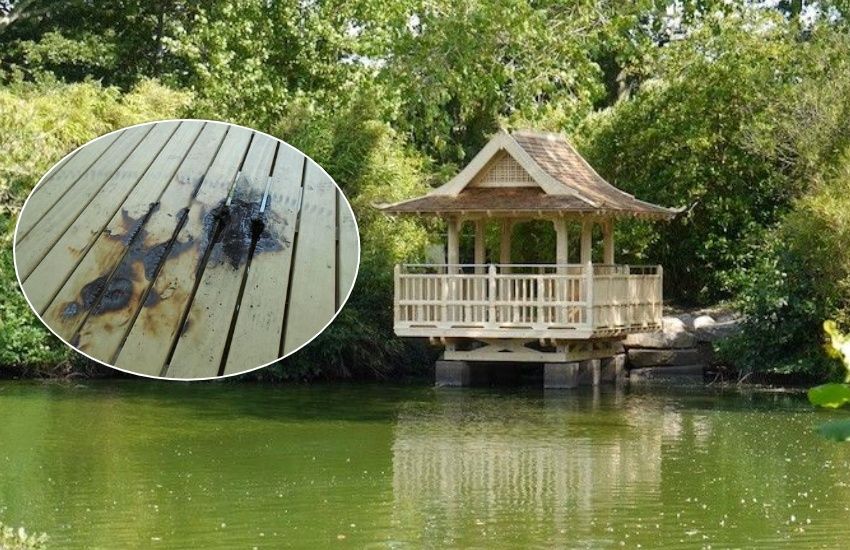 The Japanese Pavilion at Saumarez Park is closed after being damaged by fire.

Crimestoppers is offering a £500 reward for any information which leads to the culprits being arrested and charged.

The damage was caused between 22:00 on Saturday evening and Monday morning.

It is less than a year since the Bailiff opened the Pavilion after it was painstakingly restored by volunteers in a popular community project. 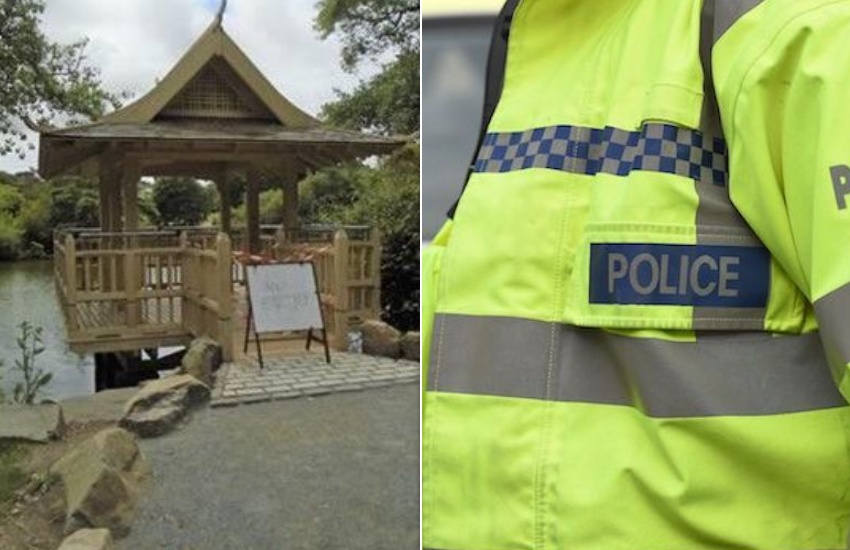 Pictured: Police are investigating the vandalism, which has forced the temporary closure of the Pavilion.

"Part of the flooring of the pavilion was damaged and now needs to be replaced so it can be safe for the public to use. While that is done, it will be closed," said the Police.

"This damage is particularly disappointing considering the pavilion has only very recently been restored by volunteers."

They said "officers are now conducting enquiries in the area" and encouraged witnesses or anyone with information "to come forward and speak to officers". 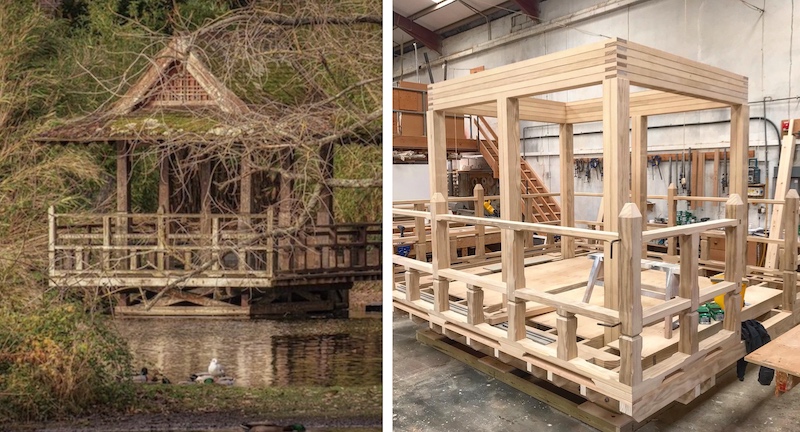 Pictured: The new Pavilion (right, under construction) replaced the previous structure (left) after it fell into disrepair.

The Japanese Pavilion - also known as the Duck House - was originally built in 1935.

There was a previous restoration project in the late 1980s but by 2019 the Pavilion had fallen into disrepair and was closed to the public for two years.

It was re-opened in September last year following a restoration project led by the Rotary Club of Guernsey and undertaken by Will Le Lievre of Paul's Joinery.

The project was featured in a recent edition of CONNECT, Express' sister publication. 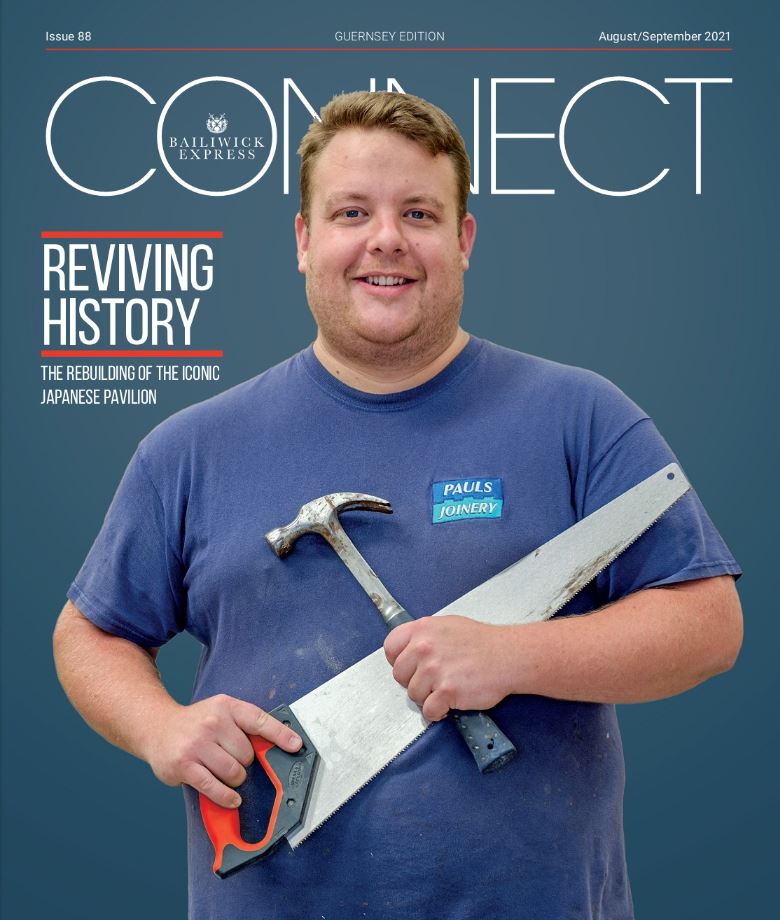 Pictured: The front cover of CONNECT featuring Will Le Lievre of Paul's Joinery and the story of his impressive restoration of the Japanese Pavilion at Saumarez Park on behalf of the Rotary Club of Guernsey.