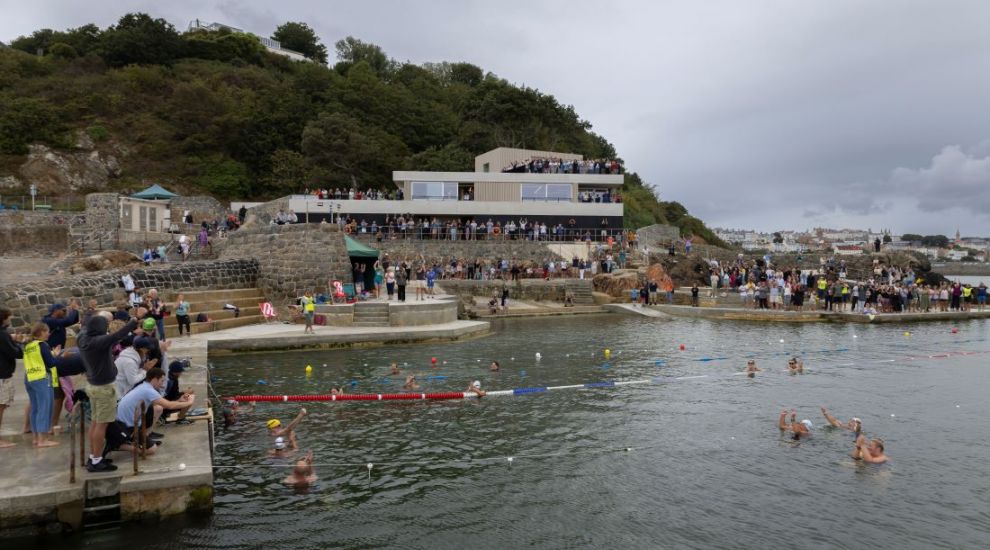 Mr Sarchet swam nearly 60km in the Ladies' Pool at La Vallette. At various points, he feared falling short but overcame such fears because "we absolutely had to reach the fundraising goal".

The funds raised will pay for newly-installed assisted access facilities at La Vallette, pictured top, and also provide £15,000 towards the work of Guernsey Disability Swimming.

"Paying for the enhanced accessibility features at the Ladies' Pool was simply too important, so that meant failure was not an option," said Mr Sarchet.

"I was able to draw upon all my Oceans Seven experience and skirt the boundary between healthy and hypothermic, measuring my effort so that I could last the 24 hours.

"On my previous marathon swims, I've been very successful at zoning out - entering that zen space in my mind where I can't feel my body and time has no meaning only to find that hours have passed. On this swim, having to tumble-turn every 50 metres, I couldn't zone out, and instead of losing hours I think I counted every metre." 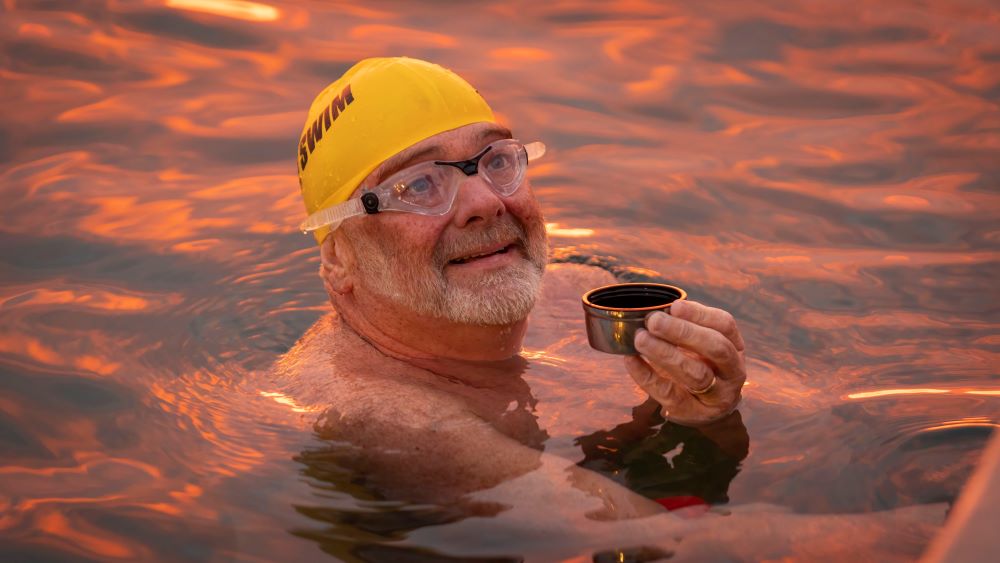 Pictured: Adrian Sarchet mid-swim as he battled immense pressure on his body and mind to keep going on his fundraising challenge.

Mr Sarchet reported that he "wasn't too bad at the end of the swim". However, Vive La Vallette said that "not too bad" had to be measured against Mr Sarchet's previous 'sea donkey' experiences.

"It still meant that he could barely walk, had to be supported by his crew and had five people engaged in the post-swim rewarming process," said the charity.

"Adrian said that the hardest part of the challenge was being awake the entire time."

Dave Warr, Chairman of Vive La Vallette, paid tribute to all volunteers, supporters and swimmers, including 17 corporate teams who took part in the challenge.

"We owe a huge debt of gratitude to Adrian," said Mr Warr. "He is a remarkable individual, passionate about sea swimming and supporting Guernsey Disability Swimming.

"Furthermore, he is a wonderful ambassador for Guernsey, and we count ourselves fortunate for the encouragement and support he has given us as we continue to develop the facilities at La Vallette into a thriving community space where all feel welcome and valued.

"Our thanks also to the team of volunteers and participants who helped make this unique event such an outstanding success." 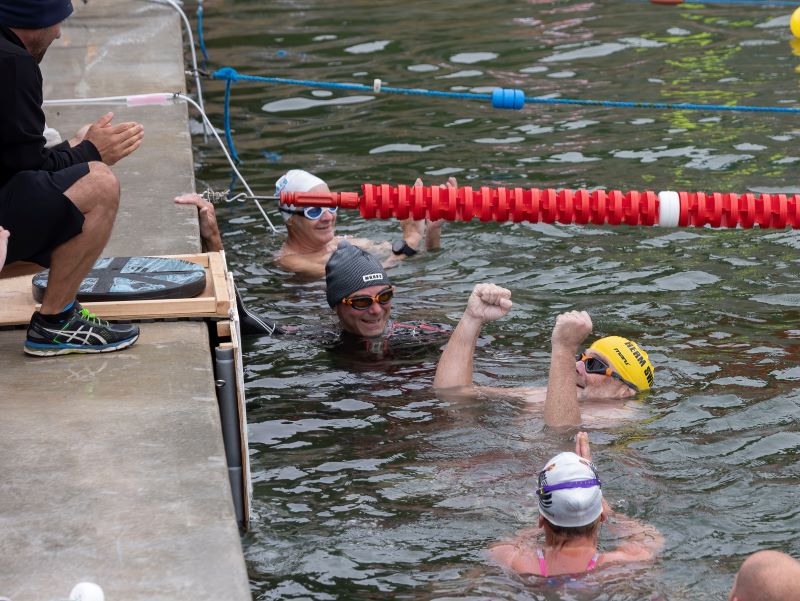 Pictured: Adrian Sarchet at the end of his 24-hour swim challenge at La Vallette.

Mr Sarchet is one of just 21 people to complete the Oceans Seven, a swimming feat often likened to the Seven Summits challenge in mountaineering. He is the subject of an award-winning documentary, Sea Donkey, about his successful swim from Northern Ireland to Scotland, which was produced by local film-maker James Harrison. More can be found HERE.

Vive La Vallette was established in 2019 to reinvigorate the facilities serving the Bathing Pools at La Vallette. Its vision is for the Bathing Pools to become a vibrant destination where everyone can feel welcome and valued - a place where people's lives are improved. More can be found HERE.

Community help needed to secure the legacy of the Bathing Pools

Sea Donkey prepares for “hardest swim” of his life.