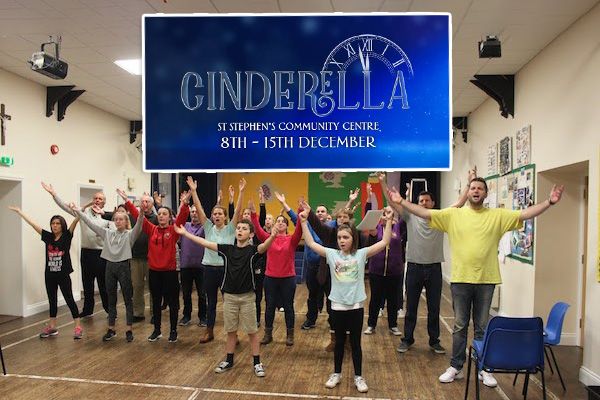 As the St Stephen's Players approach the group's 60th anniversary the current crop of thespians are preparing for another show with the 2018 pantomime season almost upon us.

This year they are putting on Cinderella, with just over 30 people performing, and around the same number working behind the scenes to light up the stage with the show, written by Judy Shone.

The different jobs involved in putting on a show like this include working on costumes, crewing, front of house, lighting, props, PR, set building and scenery painting.

Some of the performers and backstage crew have been involved with the St Stephen's Players for decades, including Jill Stephenson who holds the honour of being 'the longest serving ‘Player’ '. The founder member was there when the group first began in 1959. 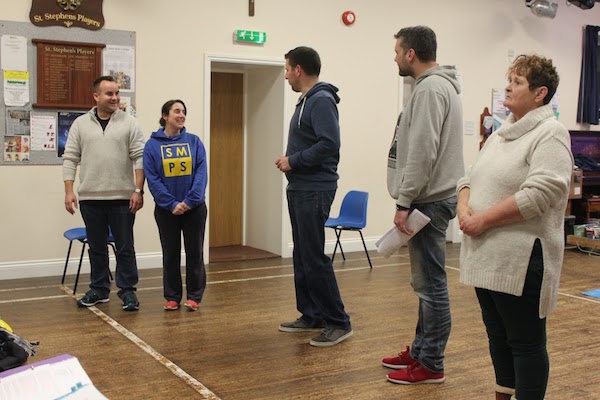 Pictured: The St Stephen's Players are busy with rehearsals as the 2018 panto starts in just over two weeks time, including Mr Boscher to the far left.

Among the other stars of Cinderella will be Tristan Boscher who has undertaken many roles both on the stage and behind the scenes in countless performances for different groups in Guernsey.

"I have been doing amateur dramatics for 26 years," he said, "and I still get a great buzz from performing and trying to make people happy through theatrical entertainment. I think the group shares that love for performing.

"We have moved back to our charming little church hall and there is a lovely atmosphere at rehearsals and I expect that will be amplified at the performances."

This year's fun filled family show will be on between the 8 and 15 December with tickets available at ststephensplayers.com, costing £13 for Adults and £10 for Children Under 12 and Concessions.

With the group celebrating its 60th birthday in March Mr Boscher said they will be having a big party, "which will no doubt feature some cabaret style performances and a look back at the story so far. 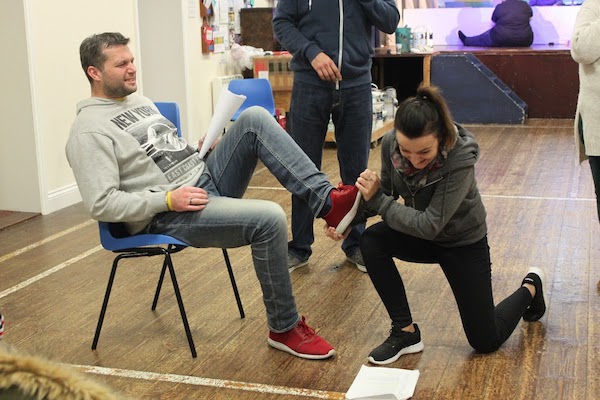 Pictured: Some of the cast in action during rehearsals for Cinderella.

Mr Boscher said, "aside from the annual Pantomime the group tries to put on at least one other production every year, usually a play or variety night. We have been involved with GADOC’s One Act Play Festival for the last couple of years."

Anyone interested in taking part in a future pantomime or other event should contact the St Stephen's Players because Mr Boscher said there is always room for more people to get involved.

"I’d encourage everyone to have a go at being in a show, it’s character building in every sense of the phrase.

"Panto is the easiest form if you’re looking to get a foot on the boards, if something goes wrong it will generally add to the humour in the show, it is quite forgiving in that respect. We have several newcomers this year, which is really pleasing; I think they are all enjoying themselves!"

For more information on the St Stephen's Players pantomime performance of Cinderella and other upcoming events head to the events page of our website here.

Pictured: One of the big ensemble moments in the upcoming performance of Cinderella, which the St Stephen's Players are rehearsing for.