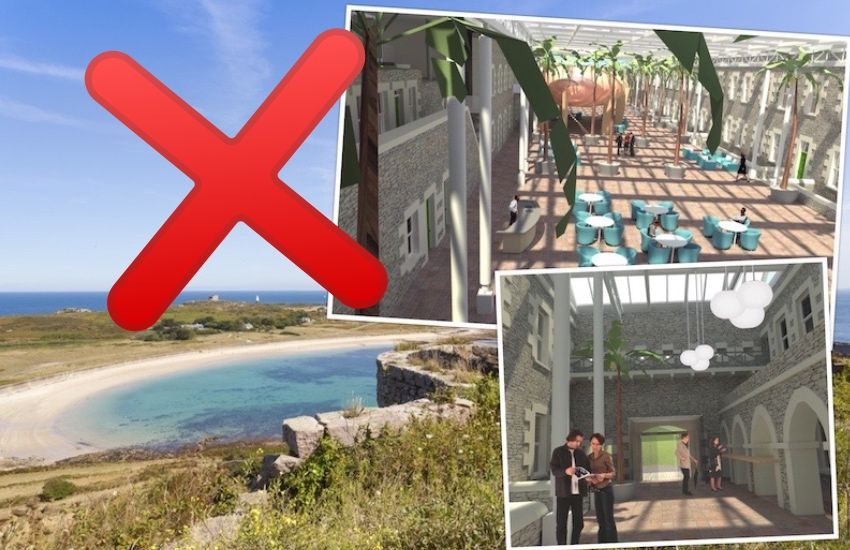 The States of Alderney have confirmed that plans to convert the derelict Fort Tourgis into a five-star, 72-bedroom hotel have been removed from its agenda.

A spokesperson said that following discussions with an interested developer over several years, the island’s Policy & Finance Committee recently decided that “there wasn’t an appetite to keep the Fort Tourgis project on the current States work plan.

“An update paper dated April 2021 indicated that following consideration of key issues, the Policy & Finance Committee would need to resolve whether it wished in principle to proceed further with the project.

“The project required financial guarantees and contributions from the States of Alderney and States of Guernsey, as well as assurances on enhanced air connectivity. The Committee’s decision was not to proceed.”

Express reported yesterday that Dutch-based developer MOVE is seeking legal advice after receiving a letter from the States of Alderney suggesting it would not move forward with the plans.

But the States of Alderney say it has "a duty to demonstrate that it is acting in the best interests of the local taxpayer in financial and commercial matters", and it is "difficult" to assess currently as the market was tested "so long ago".

It added that options for the fort could be considered again in the future "in which case it would test the market afresh".