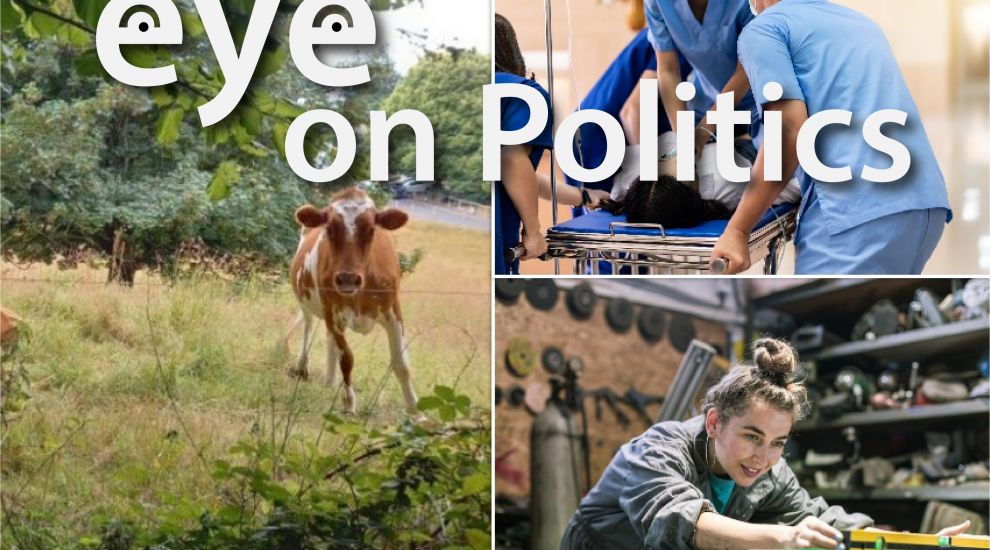 Welcome to EYE ON POLITICS from Express. Where Express' Senior Reporter, Matt Fallaize, digs deeper behind the headlines to help you make sense of the goings-on in Guernsey politics. Including taking a closer look at the agenda for meetings of the States’ Assembly.

It’s only 10 working days since the Assembly last sat. But this time of year is always a treat for States’ watchers as meetings are held in quick succession before deputies get out their buckets and spades and (busy committee presidents excepted perhaps) enjoy a decent and in fairness much-needed break until the first week of September.

The Royal Court is often too cold in the winter and too hot in the summer – the result of cuts to the air conditioning budget when Deputy Lyndon Trott was the island’s hawkish Treasury Minister 15 years ago. In this week’s temperatures, it will be sweltering in there. Ironically, Deputy Trott, these days a wise head of long service, may have to preside over parts of the meeting if rumours are correct about the unavailability of the Bailiff and Deputy Bailiff, although the task could also fall to Deputies John Gollop or Peter Roffey.

Thus far, most of the heated battles in this Assembly have been kindled more by personal rivalry than political differences, but this week’s meeting is likely to include one old-fashioned political row: about whether green fields are suitable for housing. 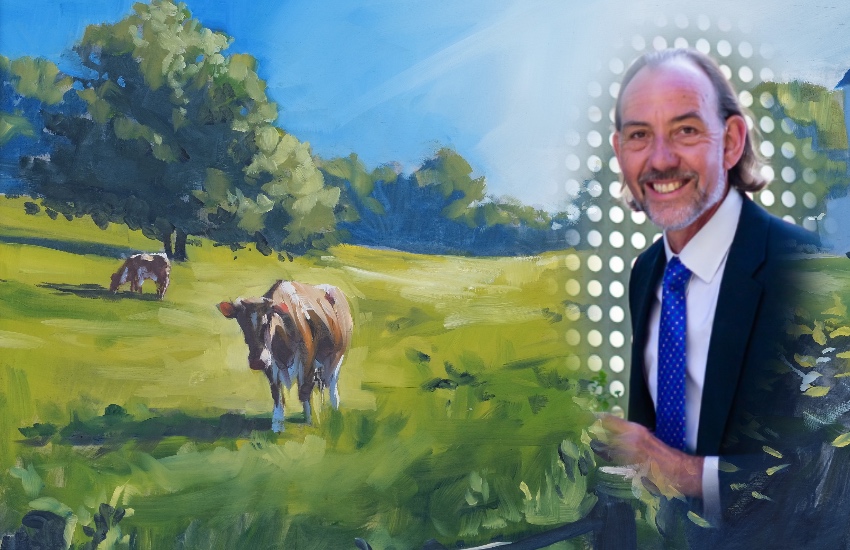 Pictured: Deputy Steve Falla has taken the lead on efforts to protect green fields from being developed for key workers' housing.

One green field in particular is exciting several States’ members. Led by Deputy Steve Falla, they have submitted a Requête which they hope will make it close to impossible for key workers' housing to be constructed on a parcel of land within the grounds of the Princess Elizabeth Hospital and currently zoned as an Agricultural Priority Area.

The Requête has the support of several senior and experienced deputies. Sadly, none of them prevented it being so carelessly drafted as to need rescuing by Deputies Yvonne Burford and Jonathan Le Tocq. The requérants have announced that they will support the Burford/Le Tocq ‘delete and replace’ amendment, although they have little choice if they want to avoid their Requête, among its other problems, pretending that it can obviate the island’s planning laws.

Cynics in the north of the island wonder whether as much political effort would have been expended to save a green field there. But it can’t be denied that the field in question in St Andrew’s has captured public imagination – helped by the brilliant public relations of one or more of the requérants – and the outcome of the States’ debate will be seen by many as a commentary on this Assembly’s stewardship of open, green spaces.

The chief opponents of the Requête are Deputy Al Brouard, the President of the Committee for Health & Social Care, who desperately needs more housing to accommodate essential workers, and Deputy David Mahoney, the Policy & Resources Committee’s lead on property, who equally desperately needs some evidence of the big improvements in how the States manage their estate which were promised at the start of their term nearly two years ago.

Expect Deputies Brouard and Mahoney to argue that the need for additional key workers is greater than the need to protect a single field inconsequential as a proportion of the island’s total green space and that the requérants are misguided in suggesting that workers could be accommodated a stone’s throw away on the site of the former Duchess of Kent residential home.

Based on declarations ahead of the debate, the Requête should be carried overwhelmingly. As far as I can recall, only Deputies Peter Ferbrache and Simon Vermeulen – to their credit – have come out openly backing Deputies Brouard and Mahoney. However, they have many more supporters in the background, who hope to emerge late enough not to be too readily associated with an unpopular decision, and most of the requérants expect to win the argument but lose the vote. 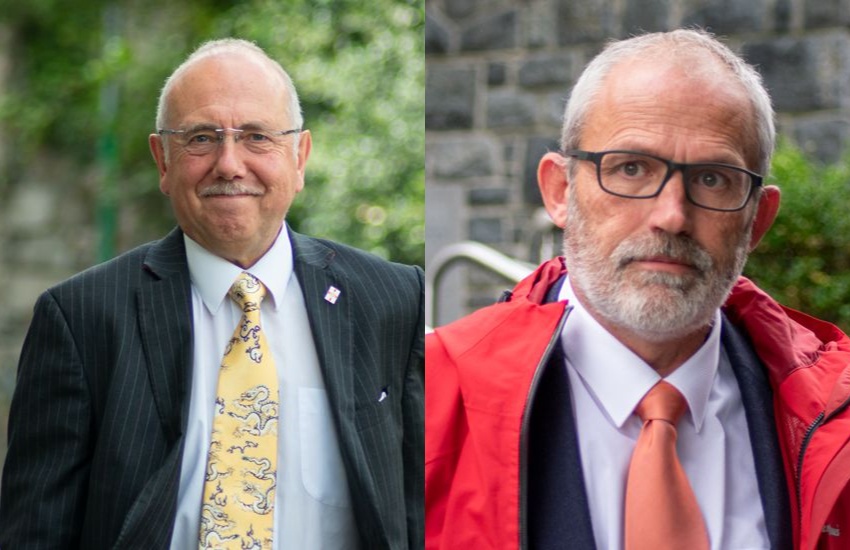 Pictured: Deputies Al Brouard (left) and David Mahoney are likely to lead opposition to the Requête because they want to keep all options open for future development of key workers' housing on the site of the Princess Elizabeth Hospital.

Guernsey introduced statutory minimum wages in 2010. Its framers slightly begrudgingly accepted that it was necessary, were stingy with the rates they set and arranged the legislation to prevent other deputies adjusting them, an undemocratic tactic since corrected.

The Committee for Employment & Social Security now wants to smash this progressive consensus and build a new one. They want the adult rate to go up by 5% at a time when inflation is projected to get close to double figures and they want to remove the policy of equalising the youth and adult rates.

Perhaps the Committee’s aim was to prove to its right-wing colleagues that it is not as liberal as some of them fear. They may have struck at the right time – certainly no amendments have been submitted. It will be interesting to see how many deputies speak in debate to dispute the wisdom of denying the island’s lowest paid workers a rise of just £600 a year. 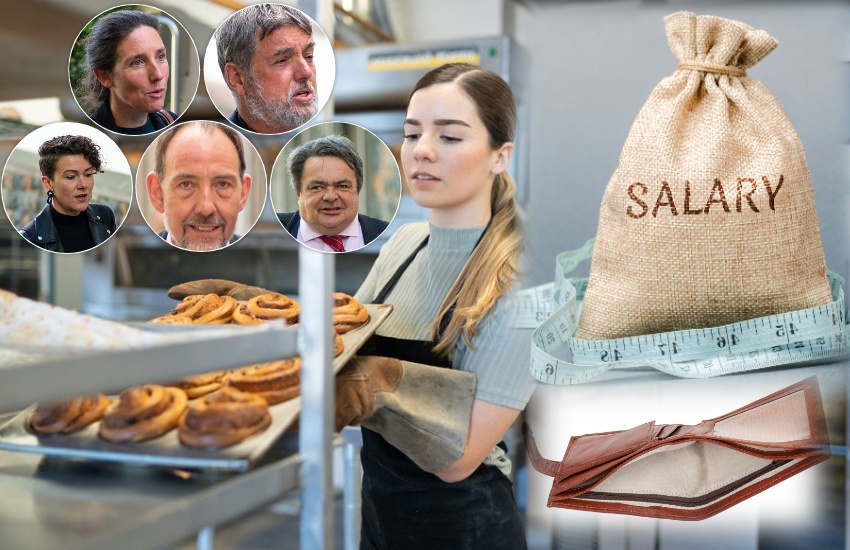 The States' Assembly will adjourn for its summer break with another achievement under its belt: approving the reinstatement of a reciprocal health agreement with the UK.

This type of deal is an unexpected benefit of Brexit and the Policy & Resources Committee and Committee for Health & Social Care and their officials skilfully took advantage of the opportunity to renegotiate an agreement which was unilaterally scrapped by the UK more than a decade ago.

In another era, some deputies would already be providing wall-to-wall commentary across the airwaves and on social media, calling for heads to roll, including politically.

Those who may wish to pursue the issue in the Assembly are now out of time for 'normal' questions to be asked at tomorrow's States' meeting, but don't be surprised if one or more of them approach the Presiding Officer between now and then for permission to deploy the rarely-used rules which allow urgent questions.