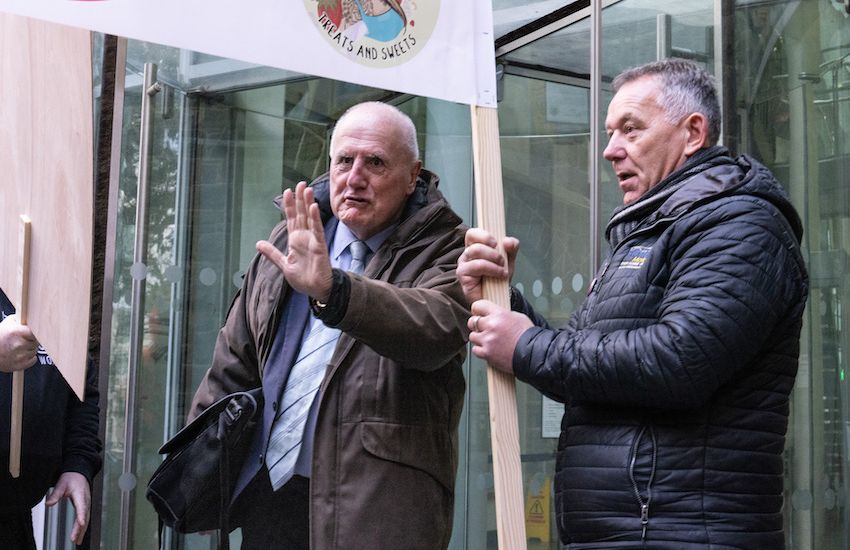 Policy & Resources president Peter Ferbrache urged members to focus on the facts as he opened the tax debate by revealing the States was on course to record a £43m. deficit last year.

Members had been greeted by hundreds protesting against the introduction of GST as they entered the Royal Court building, with Deputy Ferbrache expressing disappointment that he was sworn at by one of them.

He spent nearly an hour outlining why members should support the package of measures being proposed by P&R, which they have consistently stressed go far beyond a GST which has become a focus for many.

Change was needed to address a blackhole in States finances being driven by aging demographics pushing  growth in spending in health services and on pensions, with a lower percentage of economically active people to support them.

It was “very easy” to put on a sash, a ribbon or wear a badge saying I’m against GST as some members in the States were, said Deputy Ferbrache, but it was important not to be generalistic.

Deputy Ferbrahce said he deeply respected the views of every person that marched or protested, but stressed it was deputies' jobs to inform themselves of all the facts and bring their experience to debate. 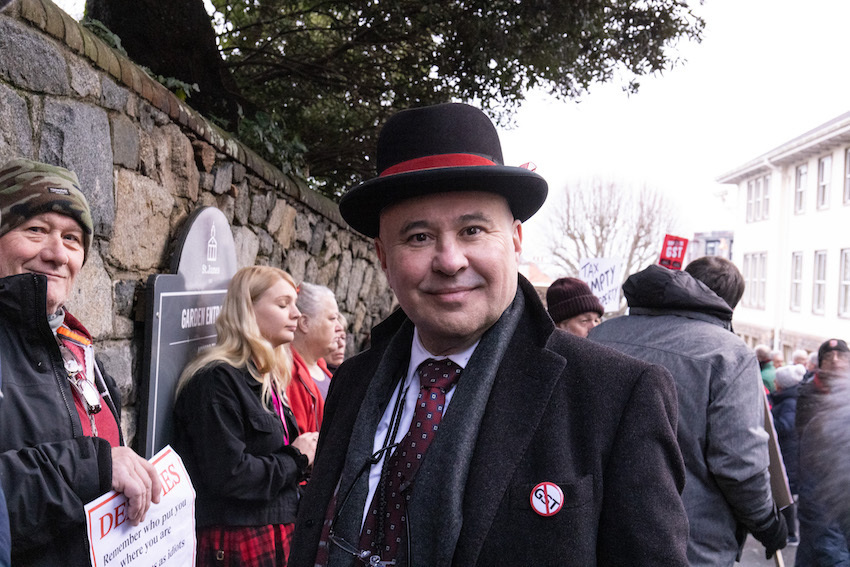 Pictured: Deputy Carl Meerveld has fronted a campaign against GST.

Many people assumed the States had a bloated public sector, but it was not "in the least bit remarkable" compared to other similar jurisdictions, he told members.

Of the 4,849 full time equivalent staff employed in the public sector, 3,804 of them were doctors, nurses, teachers or social workers working in health, education and Home Affairs.

More than a year and a half ago he had asked people to tell him where there was considerable waste.

“I’m still waiting, my door has been opened for the last 18 months and it’s not been pushed ajar by too many people.”

Deputy Ferbrache expressed disappointment that fewer than half of States members “could be bothered” to turn up to his committee’s presentations on the policy letter.

He outlined the current financial position of the States, revealing that the trading entities which include the ports, Guernsey Water and Guernsey Waste were expected to lose more than £7m in 2022.

While some tax revenues were well ahead of forecast, forecast loss on investments were driving the expected loss.

He also revealed that the second phase of the hospital modernisation project was £15m over budget.

“Those are the pressures we’ve got,” he said. 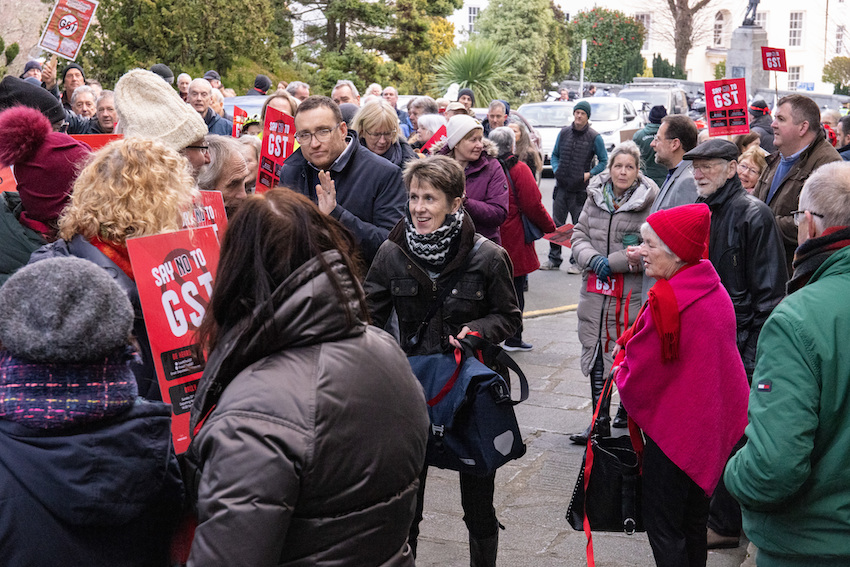 Pictured: Deputy Heidi Soulsby, who is leading the "Fairer Alternative" package, walks through the crowd.

P&R’s tax package faces opposition from two major amendments, one led by Deputy Parkinson calling for the introduction of a territorial tax regime to bring in more money from the corporate sector and the other led by Deputy Heidi Soulsby which is much wider ranging in proposing immediate savings, raising money from corporates, a review of Zero-10 and putting GST on the backburner.

Deputy Carl Meerveld wants to delay a decision for a further review with a decision made before the general election.

Closing his speech, Deputy Ferbrache urged members not to push things back any more.

“We have a duty to act now,” said Deputy Ferbrache.

At the start of the debate, members rejected the option of holding it “in committee” which would have allowed them to speak more than once and answer points immediately.