LETTER: "My right of reply to the harbours debate" 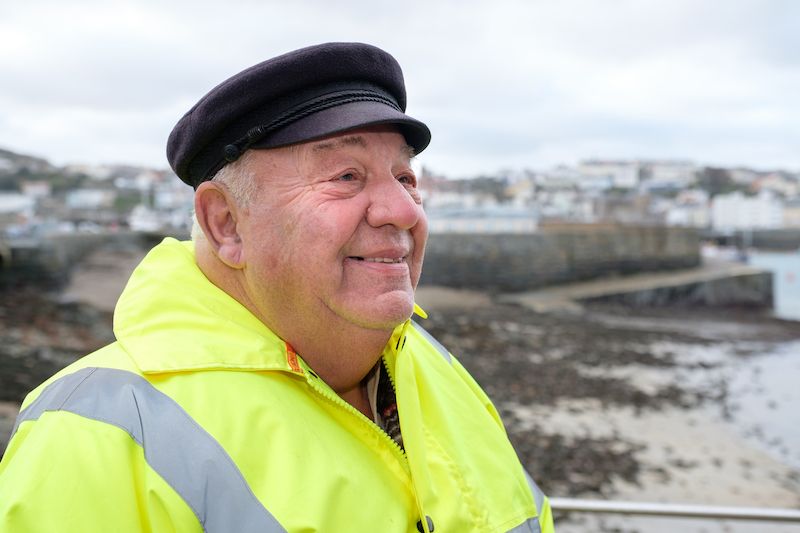 LETTER: "My right of reply to the harbours debate"

Some current States members are intent on "getting their own way no matter what", writes former deputy, harbour pilot and master mariner Barry Paint.

"First of all, I believe majority of the States came to the right decision on the recent debate on the possible new harbours. It is essential that as much local knowledge and consultation is used before any decision is made so that all are aware of all the risks involved.

However, I have to say that some of the deputies who spoke were either misinformed or ill-informed and by this, some were trying to force the whole States into a very risky decision.

Having listened to most of the debate it is clear to me that some members did know what they were saying and proposing on several occasions and not fully understanding the problems they all have to vote for.

The building of a new port must be properly thought out with all the information and not misled in any way as they on this occasion certainly were. 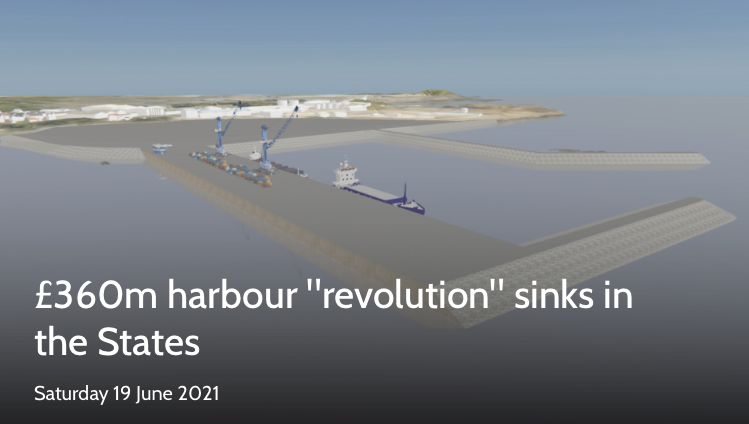 Pictured:  £360m plans to create a third harbour at Longue Hougue South, build a new passenger terminal on North Beach and create multi-level underground parking in Town have been rejected by the States after a bad-tempered debate.

It was correctly said in the debate that that whatever is eventually agreed on must be practical, workable and necessary for our needs for perhaps the next 100 years.

If we lived in the Mediterranean Sea or perhaps the Baltic Sea where there very little current, tidal range and not many underwater reefs and dangers I would not be so worried about what was being proposed, but we don't, our islands are in an area where there is a huge range of tide (10.3 metres on large spring tides and less than 4 metres on a neap tide. For those that don't know what "range of tides” means, it’s the difference between high water and low water on any tide.

I have always tried to be reasonable but I'm sorry to say that a few of our present deputies are intent on getting their own way no matter the risk to the taxpayer or cost, thereby taking a huge risk of wasting money.

It has been said the current only runs at about 3.5 knots. That may be correct on the ebb tide (current running south) but on the flood tide experience tells me that it runes at 5 knots + at times.

On low waters on spring tides from the centre of the Little Russel on the leading marks, the passage toward St Sampson's narrows considerably with named rocks and shallows on either side of the passage giving very little room for any vessel to manoeuvre and therefore being at great risk of being run aground by the irregular flow of tidal current.

I am aware that consultants and simulations on the approaches were intended to be used on the proposed new harbour at the Longue Hougue but the question has to be asked would these consultants and experts on simulation be prepared to handle any large vessel entering this new port or would it be expected for the existing pilots and master of ships be the ones to take the risk?

We were informed that there were only 4 or 5 pilots in the whole world permitted to pilot vessel into St Sampson’s at the moment, in fact, the full complement of pilots is only 4 at the moment.

We were also told that two of the pilots were due to retire in the near future, which is correct. As far as I am aware at the moment there may be only one person who hold the maritime qualification required to become a pilot.

That will mean that master mariners would have to be brought in from UK or other places to service our needs. It takes time and a lot of local knowledge to become a local marine general pilot. To train a pilot properly takes months and a year or more gaining experience to be able to become accustomed to tides, currents and difficulties of manoeuvring large ships in our waters.

Pictured: STSB President Peter Roffey said the input of the harbourmaster, harbour pilots and other ports professionals who designed the harbour proposals had been undermined by some in the States, who rubbished their plans.

We were also told that the present pilots have agreed that it's ok to build a new Harbour at the Longue Hougue Reclamation this is quite different to what I hear. So I have to ask if I am being misled or was the deputy who said that in the states misleading the States?

There is only one retired master pilot still alive and having known him for many years I cannot imagine he had said what the deputy claimed he did say.

I held a Guernsey General Marine Pilots Licence number 5 for about 21 years mostly operating out of St Sampson’s Port.

The maximum length of ship entering the port is 80 metres but that does not mean that other visiting ships are not permitted to take on pilots and operate within our waters.

Over years I piloted several visiting passenger liners of 200 metres and above in our waters. I have never considered as a huge “prestige” putting a ship to anchor, it’s just a low risk of doing a particular job that earns a living.

Much more challenging and satisfying was to successfully pilot the first 4,500-tonne barge into the inner approaches St Sampson’s Harbour for the reflation of the Longue Hougue inert waste project.

The length of the barge tow and tug was in the region 200 metres.

Another massive challenge was the success of refloating the vessel Vermont Berg on the West Coast where I was the lead pilot. The length of tow was around 320 metres, the only difference was the tug I was piloting was just under 50 metres long with 7 metres draft and had 12,000 horsepower engines.

On numerous occasions as a General Pilot I believe that I saved the Government and some local companies, certainly tens of thousands of pound - perhaps much more than that - just by being conscientious and speaking up and doing the best I could in very many different circumstances.

As a simple example when the west end of St Sampson’s harbour was going to be changed into a marina, the harbour master at the time said to that he had to have the inner harbour surveyed which was going to cost a fortune. I asked him if he would like me to do it for him at no cost. He agreed and I did the survey at no cost to anyone.

It took me less then three hours to complete the survey and he had it the day after I completed it.

There are many more examples that I will not go into but am willing to pass them on to anyone who may want to hear them.

In 2001 my Certificate of Constancy had to be revalidated and because of joining the EEC the Board of Trade now known as the MCA  realigned itself with merchant naval service in the European Community and my Home Trade Certificate of Competency was upgraded too.

Until this time there was no restriction on the size of merchant vessels I could command in the British Home Trade trading area. My new Certificate of Competency was issued on the 25th September 2001 by the Maritime and Coastguard Agency number CoC0016784.

A trading area much larger the before, it was extended from the White Sea in Northern Russia to Dakar in West Africa and included the Baltic Sea and the Mediterranean Sea.

This Certificate enabled me to command vessels up to 20,000 gross tonnes in the sea areas above and much larger than those vessels that are now permitted or can enter HSPP or HSS.

Finally, all deputies are elected to represent the people that elected them into office and take the consequences of actions over four years they are elected into the office as a deputy.

They should not be working only on their feelings or promoting their own political agendas but on the facts, they may be presented with on any particular subject. Only then can any deputy can serve the general public properly.

Sadly, that is not always the case.

Pictured top: Barry Paint is a former States Deputy. A former Master Mariner, he acted as First and Second Officer on Commodore vessels in the Mediterranean Sea, went on to serve as a Master (Captain) and achieve Special Pilotage Licenses for both Guernsey and Jersey. After finishing service at Commodore Shipping in March 1984, Mr Paint became a Guernsey General Pilot and served in that position for over two decades.

Ex-Deputy slams "lack of seafaring knowledge" in the States

Fishing future under threat as hope starts to sink