"Two wasted days - was there a point turning up?" 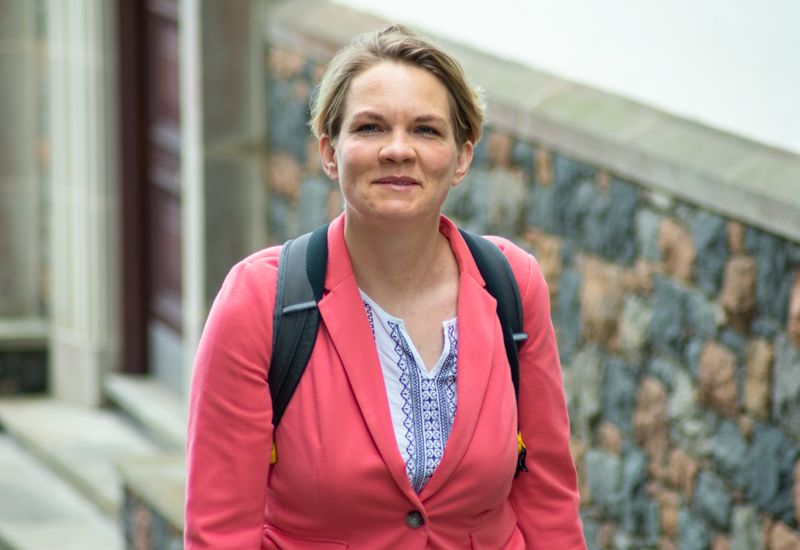 "Two wasted days - was there a point turning up?"

The States debate on the future of Guernsey's harbours raised serious questions about the value of democratic engagement, according to one deputy, who claimed that P&R's "astonishing" last-minute interventions were fuelled only by a desire "to take control".

£360 million plans to create a third harbour at Longue Hougue South, build a new passenger terminal on North Beach and create multi-level underground parking in Town were rejected by the Assembly on Friday by 21 votes to 13.

The creation of an arm's length board looking at the entire seafront regeneration area was one of the amendments to succeed, following an eleventh hour intervention by Policy & Resources which sought to replace all of the STSB's recommendations with their own.

Deputy Mark Helyar from P&R questioned the "scattergun" approach to harbour development to date and said a dedicated panel was needed to create a "masterplan" for harbours and the rest of the eastern seaboard.

In a debate that descended into antics described by one deputy as "macho man politics", much was made of a supposed "compromise" between the two committees during a hastily-arranged meeting during Thursday's lunch recess.

"Fast forward to Friday afternoon, and the “compromise” was caput"

This led to a further amendment which, instead of deleting the STSB's proposals, inserted P&R's alongside them.

Deputy Sasha Kazantseva-Miller said it was "astonishing" to see the senior committee "parachute in" with its first amendment without any prior consultation with the STSB.

Meanwhile, the board's president Deputy Peter Roffey said P&R had betrayed the words they espoused at a briefing about the Government Work Plan that same day, where they asked members to consider the implications of amendments to the £650 million plan and to consult with others before laying them.

Deputy Kazantseva-Miller said: "The “compromise” amendment got a “pour” from all members of P&R with Deputies Helyar and Ferbrache both highlighting how this was an example of the senior committee listening and wanting to work with colleagues and to ensure that the concern that Ports would be left with no direction was mitigated.

"Fast forward to Friday afternoon, and the “compromise” was caput. Not one member of the P&R voted to retain the proposition to let the STSB engage in further works to develop the Harbours. It was a total blunder - P&R lead on a “compromise” agreement only to vote against it a day later."

There is now general debate on the propositions (as amended). These can be read below. pic.twitter.com/5zNYtchM3Q

An amendment led by the Economic Development member around developing Guernsey's blue economy was approved in isolation before failing on a 17-17 tie when voted on in the substantive propositions.

"Is that an area they [P&R members] want the Development and Regeneration Board to lead on as well? Are Committees like Economic Development to be made redundant?" asked Deputy Kazantseva-Miller.

The future of Guernsey's harbours was arguably the first major decision faced by the new States. For the first-time deputy, it felt like a "complete waste of time" and has raised concerning democratic questions.

"Was there a point turning up? What kind of leadership does this show from the senior committee? How about trust?

"The debate on harbours was nothing about the harbours themselves. It was all about the control to take the next steps."

Pictured: Deputy Sasha Kazantseva-Miller was left shocked and frustrated after what she called an "unbelievable flip-flop in voting" saw her amendment approved in principle before failing when the final proposals were voted on.

"As Deputy Chief Minister Heidi Soulsby put it on social media later on - “It was all irrelevant”. What we got is delay, waste of money, disregard for the work completed so far and expertise engaged, a direction vacuum. Kicking the can down the road in the most spectacular fashion."

Shortly before debate started last Wednesday, States members were given a briefing by P&R on Phase 2 of the Government Work Plan ahead of a key debate - starting on 21 July - that will set the political agenda for the term ahead.

At that meeting, P&R encouraged members to try to consult with committees first before seeking to amend propositions.

"The irony of it was really quite extraordinary," said STSB President Peter Roffey after a debate that saw his board's proposals stranded at sea.

"It is discourteous in the extreme and not joined-up government at all."

Deputy Roffey was one of the States members to come under scrutiny for "macho" behaviour during the debate, clashing most notably with Economic Development President Neil Inder, who labelled the proposals for Longue Hougue South "a complete lash-up".

The STSB President said he had been angered by comments made about some of the port's staff and specialists.

He added: "There was language that was so dismissive of the field of experts - the harbourmaster, the ports team, the current harbour pilots. It was borderline abusive. I think the quality of expertise was given very short shrift."