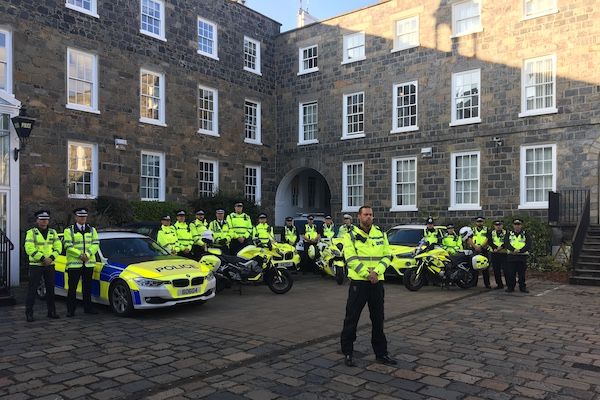 Guernsey Police warn motorists there are no excuses as the force launches its annual anti drink drive campaign ahead of Christmas, today.

He said; "Quite simply, no excuse exists for drink-driving. The safe limit is zero."

Sergeant Marshall said Guernsey Police understands that Christmas is a time for socialising but, "we want to emphasise to the entire community how utterly unacceptable and dangerous drink driving is.

"This isn’t a campaign aimed at stopping people having fun, it is aimed squarely at ensuring the safety of each and every road user, and doing everything we possibly can to prevent tragedy this festive season.

“Our message is simple: if you’re going to drink, don’t drive. The safe limit is zero."

Guernsey Police are again encouraging motorists to make plans before they go out at night, and also for the following morning, so there is no excuse to get behind the wheel while over the limit for drink driving.

“Before you go out for the night or drive the next morning, actively think and discuss how you plan to get home or to work the next day after a big night out," advised Sergeant Marshall. "Book a taxi. Take the bus. Designate a driver. Walk. Just don’t drink and drive. And if you think a friend, family member or colleague is about to make this potentially life altering, or even life-ending, decision – step in and stop them. It could save their life, it could save other people’s lives too.

“Make no mistake about it, there is no time of day when we do not have officers available to do stop checks, or respond to reports of suspected drink-drivers.

“We will be out across the entire island: anytime, anywhere and in any weather” - Sergeant Tom Marshall. 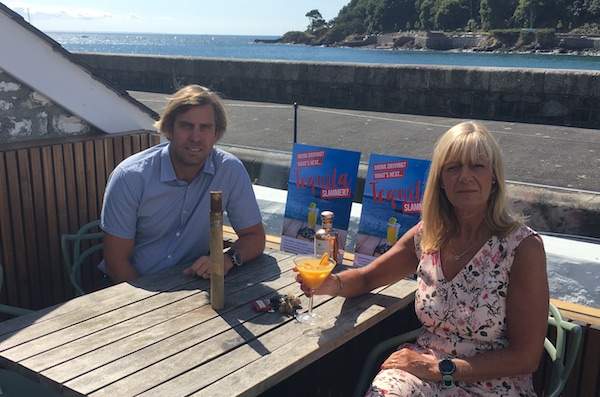 Pictured: Andrea Nightingale (r) at the launch of the summer drink drive campaign, with Tony Tostevin who helped organise it.

Drug and Alcohol Strategy Co-ordinator Andrea Nightingale is supporting the campaign and she agreed that while Christmas is a family time, drink driving could have serious repercussions throughout the whole community. "That’s why we are really asking people to think about what sort of Christmas they want to have, and what other people want to have."

“I am reassured that increasing numbers of islanders are taking on board the message that drinking alcohol and driving is wrong but unfortunately there is always a minority that don’t listen. Making that fateful decision to drink-drive could have the most extreme consequences imaginable for the driver or someone else’s family. No one should have to go through the terrible moment of having a family liaison officer knock on a door because you decided to drink-drive," she said.

“Guernsey is a small community, so serious injuries and fatalities ripple across our closer society and has a far greater impact that we sometimes realise."

“We want everyone to enjoy themselves but not at the expense of making a poor decision and ruining someone else’s life"- Andrea Nightingale.

“Go out and have a great time, just don’t, under any circumstances, drive after drinking. Take time to book a taxi, take the bus, have a designated driver, or arrange a “pick up”. It just makes sense to be safe and enjoy this wonderful time of year.”