Team to bring in IWV elected next week 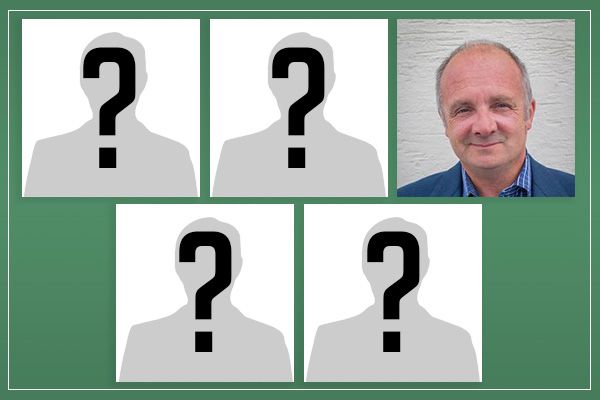 Team to bring in IWV elected next week

A new States Assembly and Constitution Committee will be elected next week, following the special States budget meeting.

This new SACC committee will be responsible for implementing Island Wide Voting following the referendum, and its probable President has unveiled which four Deputies he thinks should join him to come up with that system.

Four of the five members of the previous committee resigned after that referendum result, which saw the people of Guernsey decide it wanted to elect its government without any parochial districts, on an island wide basis. Those resignations included the former President, Deputy Peter Roffey, who said he resigned because the person to implement island wide voting should believe in the idea. He did organise and carry out the referendum however.

The other resignations were Deputies Linsday de Sausmarez, Michelle Le Clerc and Mark Dorey. Each member announced they were standing down during the last States meeting, at the end of this month.

Deputy Neil Inder was the one member to remain, and was initially expected to have to battle Deputy Carl Meerveld, who led the campaign for Option A, for the top President's job. But then, since another set of mass resignations took place within Deputy Meerveld's Islanders Association, he has said he needs to focus his attention on that, rather than taking up the new responsibilities of leading the committee responsible such a huge change.

So now, Deputy Inder is expected to get the position of President of SACC, which will give him the responsibility to come up with, and implement, an island wide voting system before the 2020 general election.

Deputy Le Tocq - "Jonathan is a member of Policy and Resources and point man for the Future Digital Services project; within the FDS there is likely to be the ability of moving in part to internet voting for the general election. To have that connection with the P&R and the FDS will be very useful."

Deputy Yerby - "Emilie is one of the true egg-heads of the States of Guernsey. SACC is about policy, law and process. And as an advocate of accessibility for candidates and the electorate alike, I think she practically wrote the Disability Strategy, she will be a hugely valued member of the team. It's worth reminding Islanders that Emilie is probably one of the busiest members of the States and I'm very lucky that she's acquiesced to my pleading, begging and haranguing."

Deputy Leadbeater - "Marc is also a member of the Home Department and there is a natural link between SACC and Home. SACC is responsible for elections, yet Home are responsible for the electoral role. For the same reason I asked Jonathan, I asked Marc to join."

Deputy Ferbrache - "Campaign lead for 'Option A' he wasn't getting off that lightly! Well that's not strictly true as there is more to him than that. As a Deputy with a certain profile, steeped in law and someone in the same egg-head territory as both Jonathan and Emily to have that kind of talent in one room will make for a good team."

Deputy Inder said: "The States Assembly and Constitution Committee has a number of responsibilities; it sets the rules of the States, the Code of Conduct and recently delivered the Referendum which saw 'Option A' win and means Guernsey will move to Island Wide voting; 38 members standing in a single district at the next General Election," Deputy Inder said.

"I've managed to put together a strong team to assist me and you as Islanders on that delivery. It will certainly be a surprise to some and I will explain is short paragraphs the rationale. I'm extremely grateful for their agreement. In no particular order of preference it goes like this.

"It's quite likely that another Deputy will put their hat into the ring for the Presidency and they may have their own team; I may win, I may not. I may get the team I need, I might not. But this, in my view, is the team to deliver the election in 2020."

The proper elections to the committee will take place next week in the budget meeting, to be held on Wednesday 7 November.