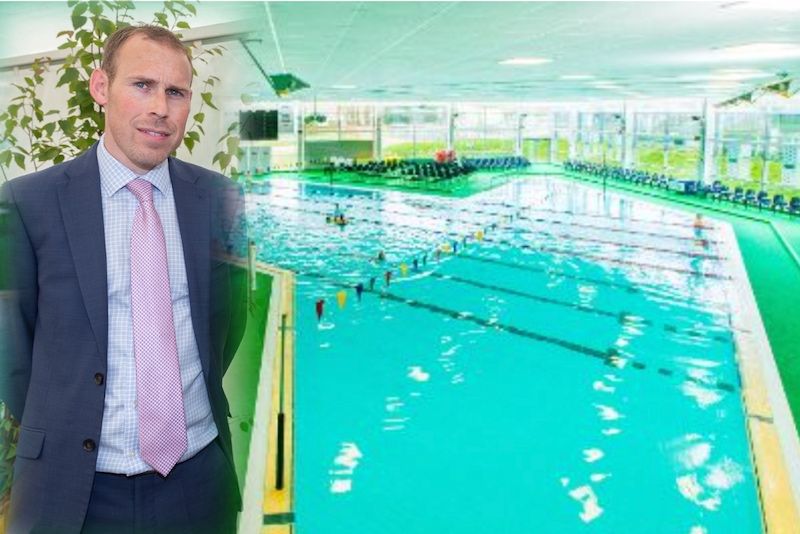 The Beau Sejour Swim School will be able to offer a full schedule of lessons during the autumn term following political intervention.

Beau Séjour Swim School had written to parents to say that, due to staff shortages, not all children could be guaranteed a place starting in the autumn term.

Lessons for school age children after 18:00 on Mondays, after 16:00 on Tuesdays, after 18:00 on Wednesdays and after 15:30 on Thursdays in the small pool and wings at Beau Sejour, together with all classes held on Saturday mornings between 08:00 and 11:00 would not be possible, parents were told in a letter.

A petition was set up, securing 520 signatures in a short period of time.

"Beau Sejour swimming club has been affected by the capping of staff by States of Guernsey meaning no-part time staff," said the petition's organiser, Hannah Henry. "Hundreds of local Guernsey children will no longer be able to partake in swimming lessons. It is unrealistic to think the other swimming clubs will have capacity to take on all these children! We will have hundreds of children on waiting lists not able to have access to lessons."

Yesterday lunchtime, Education, Sport & Culture President Matt Fallaize said his committee had become aware of the situation "in the past 24 hours".

"The  restricted schedule at Beau Sejour Swim School was caused by staffing challenges which arose as a result of Covid-19," he said. "I can reassure the community that the committee has not in any way cut funding of Swim School or any other service at Beau Sejour. 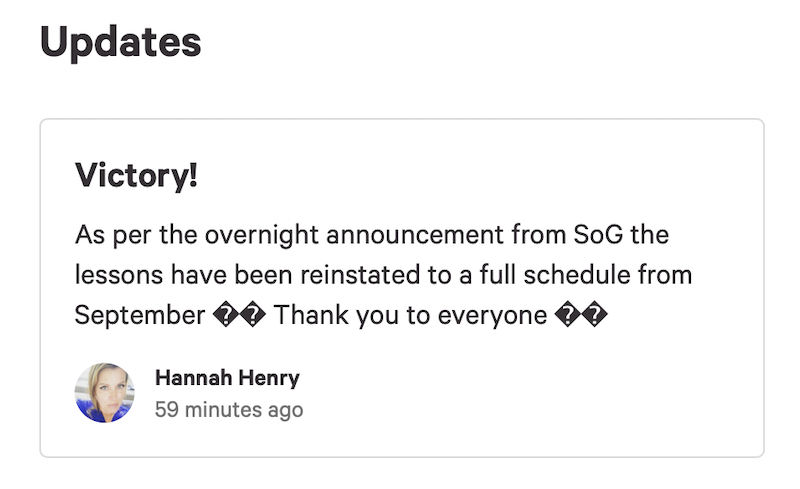 Pictured: Hannah Henry welcomed the news that the full schedule would be re-instated.

"I have asked staff to provide me with a full briefing of the circumstances and will meet with them this afternoon to find a way to resolve the current challenges so that we can get Swim School back up and running fully and quickly.  I will provide a further update later this afternoon or this evening."

When he released that information late yesterday information, Deputy Fallaize said he had spoken to senior officers and had secured the staff needed to return the Swim School to a full schedule.

"When the Committee became aware of these issues on Monday, we were immediately concerned about the effects on the many hundreds of enthusiastic swimmers and parents who use Swim School," he said. "We had to find a way to re-open Swim School fully with a normal schedule in time for the new school year in September." 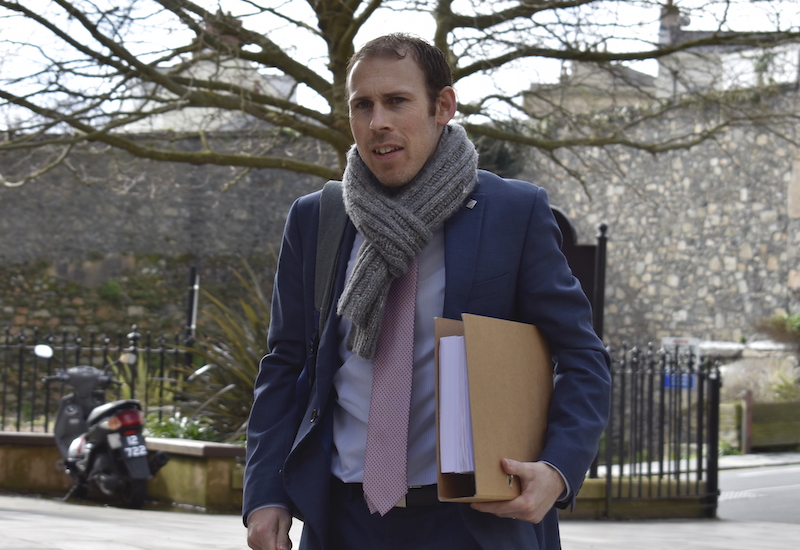 "We will now focus on doing everything necessary to support the dedicated staff and volunteers who run Swim School because they have a considerable amount of work to do to be up and running fully in the next nine weeks or so. We had a number of staff whose contracts expired during lockdown so replacing those roles will now take place as a matter of urgency."

Staffing issues as a result of Covid-19 also affected Kiddy Kapers. However, the committee has also worked with senior staff to ensure there is a solution to these challenges and this service will be re-instated as soon as possible.

However, Beau Sejour’s annual Holiday Club will not run this summer.

"It could not be advertised this year because it was unclear until very recently what the public health position would be during the summer," a spokesman said.