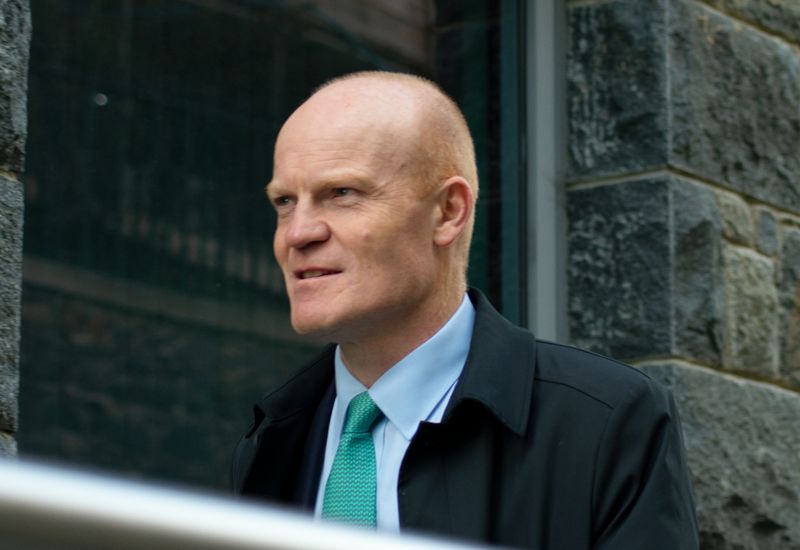 Former Chief Minister Gavin St Pier has revealed that Deputy Peter Ferbrache, who beat him to the top job yesterday, offered both him and one of his closest political colleagues a place on his new P&R Committee.

Deputy St Pier announced, both in the States and on his own personal Twitter account, that he had declined an offer to work on P&R with his successor - however he has insisted that his reasons for doing so were out of respect for the new Chief Minister.

He added that Deputy Lyndon Trott, who labelled the newly-appointed Chief Minister a "chancer" earlier this week, had also been extended the same invitation.

I have declined an offer to serve on P&R with mix of Lyndon @letocq @HeidiSoulsby or @HelyarMark for a number of reasons: this is my successor’s committee now; he deserves space to do job he’s wanted to do differently for so long, without me looking over his shoulder.

"I think it is worth highlighting the continuity that Deputy Brouard can offer. Having taken the lead in the representation of Guernsey in the Bailiwick Council and his work with Alderney and Sark, that is experience that could be shared with Deputy Helyar.

"He has been around the patch and knows a thing or two about cross-committee working. He became a very hard-working member of the committee and has been very loyal to the decisions, but has been happy to challenge within the committee room."

Deputy Brouard was unsuccessful, with the States appointing Deputy Ferbrache's preferred picks instead. Meanwhile, Deputy St Pier chastised his successor in the States for not approaching the 16-year deputy.

"I was disappointed that Deputy Ferbrache, when he generously offered to nominate me as a member of the Policy & Resources Committee for that continuity, and also Deputies Trott and Le Tocq, that he didn't actually consider Deputy Brouard as well because it would have been a conversation worth having."

I will offer myself on Monday to lead States’ Trading Supervisory Board with a radical programme of change and action. There is a massive job to be done there and I believe that’s the role in which I can serve best now.

In her speech, Deputy Heidi Soulsby, who looks set to be appointed P&R Vice-President, admitted she had supported Deputy St Pier for the top job. Despite that, she said that States members had to put any divisions behind them for the good of the island.

"Yesterday you voted for change, today I ask you to vote for unity," she said.

"We must move on and all of us work together in an atmosphere of trust and mutual respect. We need to make decisions and action them whether we all agree with them or not. It is needed now more than ever before. We literally can't afford the division that characterised the last States."

GStP didn't secure all his nominees in 16. I u/stand there will be at least 1 challenger "from the floor" today. My inclination would be: support all PTRF's nominations for P&RC & Committee Presidencies. It's his & his team's gig now & they need to own the successes or otherwise.

Man jailed for ordering steroids and MDMA through the post