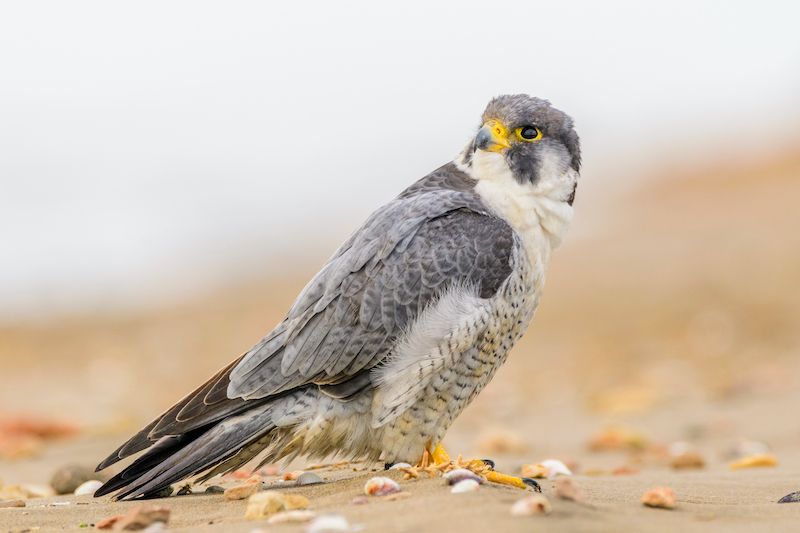 £15,500 is now being offered as a reward for anyone with information that will lead to the conviction of those responsible for the poisoning of four peregrine falcons.

An initial £5,000 reward was offered by an anonymous donor on July 28. Since then, members of the public, the Royal Society for the Protection of Birds, and La Societe Guernesiaise have added over £10,000 to the total.

Over the past 14 months, four Peregrine Falcons have been found dead in Guernsey after ingesting a lethal amount of professional-grade pesticides, some of which have been banned in Europe for over eight years.

Peregrine Falcons are 'apex' predators, and many consider their presence to be a sign of a successful and diverse ecosystem. The death of such birds puts that ecosystem at risk, and undermines work being done by the community to promote bio-diversity and wildlife tourism.

Likewise, the States of Guernsey takes allegations of misuse of pesticides seriously. An investigation is underway and States' Veterinary Officer David Chamberlin has issued a warning about the use of harmful chemicals.

"Anyone using pesticides is advised that these chemical should only be applied under the conditions that are specified on the product," said Mr Chamberlin. "The Health & Safety Executive has confirmed that the pesticides that killed the falcons could only be purchased by qualified pest controllers, so they should not be available to members of the public as they represent a serious hazard to anyone who is not taking appropriate precaution when handling them."

Guernsey Animal Aid has publicised the award but the initial donor has chosen to remain anonymous. Anyone with any information regarding the death of the birds, or misuse of pesticides, is asked to contact 07781 150388.

Click HERE to read more about the deaths of the four Peregrine Falcons found to have ingested dangerous and, in some cases, illegal pesticides in Guernsey.