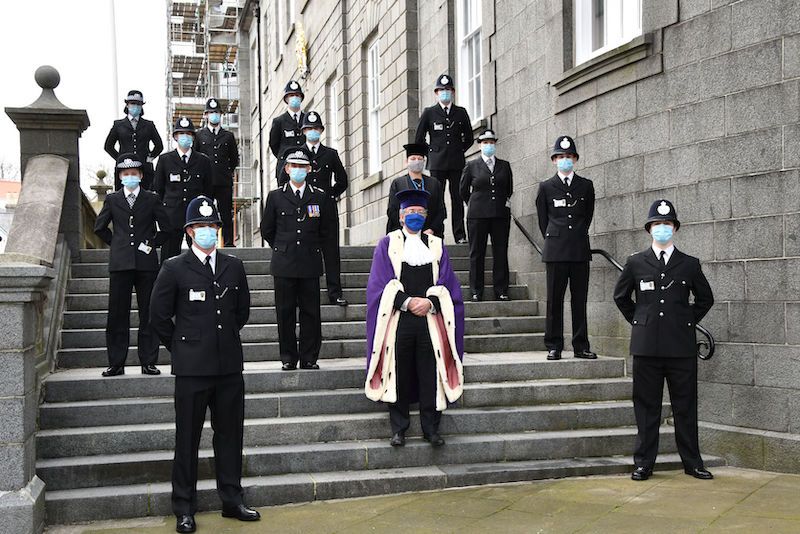 Ten new police officers have been sworn in before the Royal Court.

The socially-distanced ceremony took place this week, allowing the constables to officially take up their posts despite the current lockdown.

Bailiwick Law Enforcement Chief Officer Ruari Hardy hopes the new recruits will serve the community for many years to come.

Pictured: Guernsey Police launched an explosive recruitment campaign last year that was later taken down and replaced with a more down-to-earth portrayal of island life.

"The Bailiff welcomed the officers into their new careers and spoke of the important role of Constable in maintaining the peace within our community," said Mr Hardy.

"As Chief Officer I would wish to congratulate the new recruits in completing their initial training course and look forward to seeing their careers develop in serving the communities of the Bailiwick.”

Mr Hardy added: "I would like to thank the Guernsey Courts for facilitating the proceedings while observing social distancing measures, which were adhered to throughout."

In stats published in Guernsey Police's latest annual report, there were 98 police constables and 143 police officers in total, as of the end of 2019.