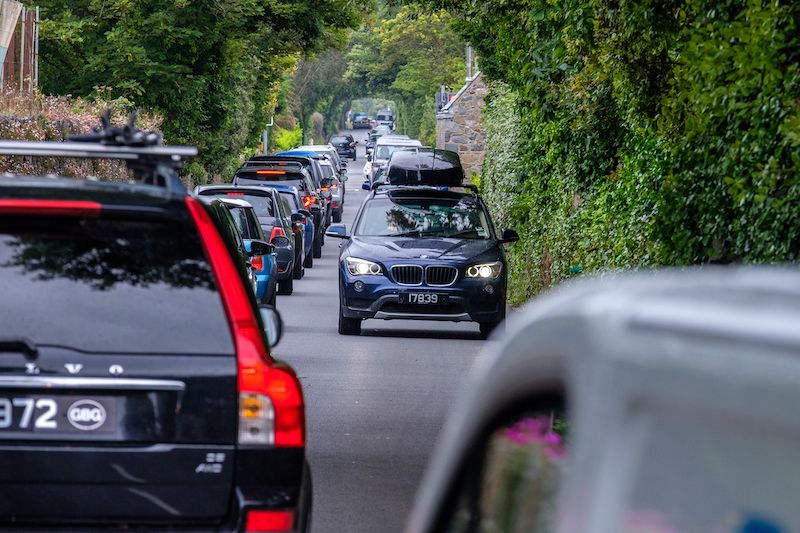 Government's “decade-long failure” to plan adequately for essential infrastructure is risking economic and environmental gridlock, according to St Sampson’s Douzaine, in a significant set-to with the States.

An impact statement prepared by the parish and endorsed by the Vale Douzaine lists multiple examples where they say the States’ lack of foresight has disproportionately impacted businesses and residents in the north of the island, eroding quality of life.

The douzaines highlight the number of homes being proposed for the north of the island in the absence of any planned infrastructure to support them, compounded by chronic traffic problems.

Referencing the absent plan, St Sampson’s Douzenier Rob Gill said: "Twelve years on, this plan has yet to be published and the States of Guernsey will not commit to a date by which this will be completed.

"Meanwhile, the Island Development Plan, in force until 2026, published five years late and even then already out of date, is considered seriously flawed by all parishes. There is simply no consideration being given to the extensive infrastructure required to support proposed developments or the conservation of the parish.” 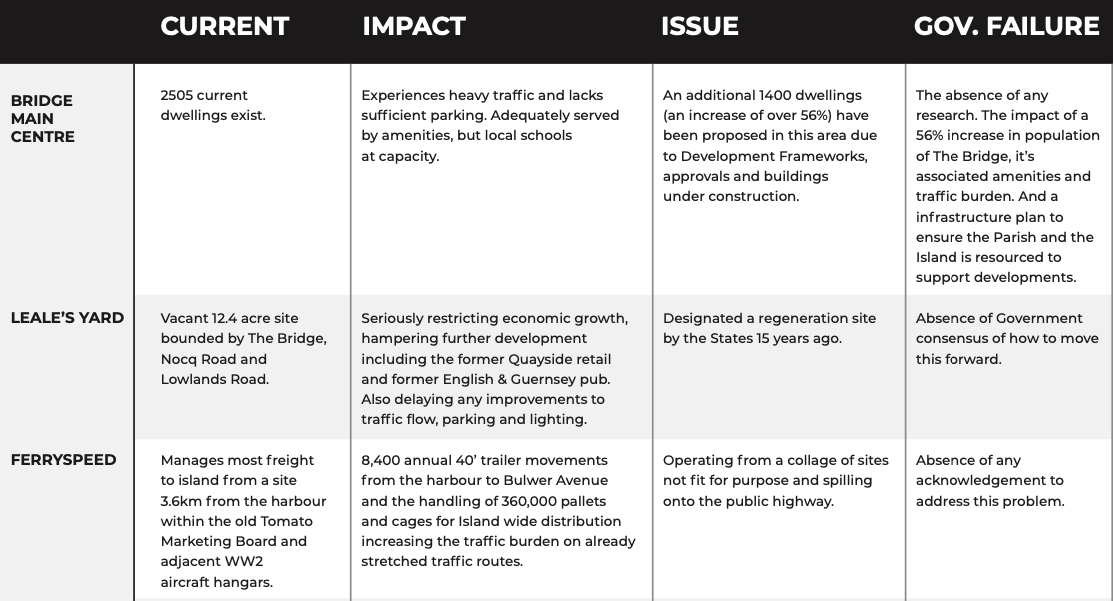 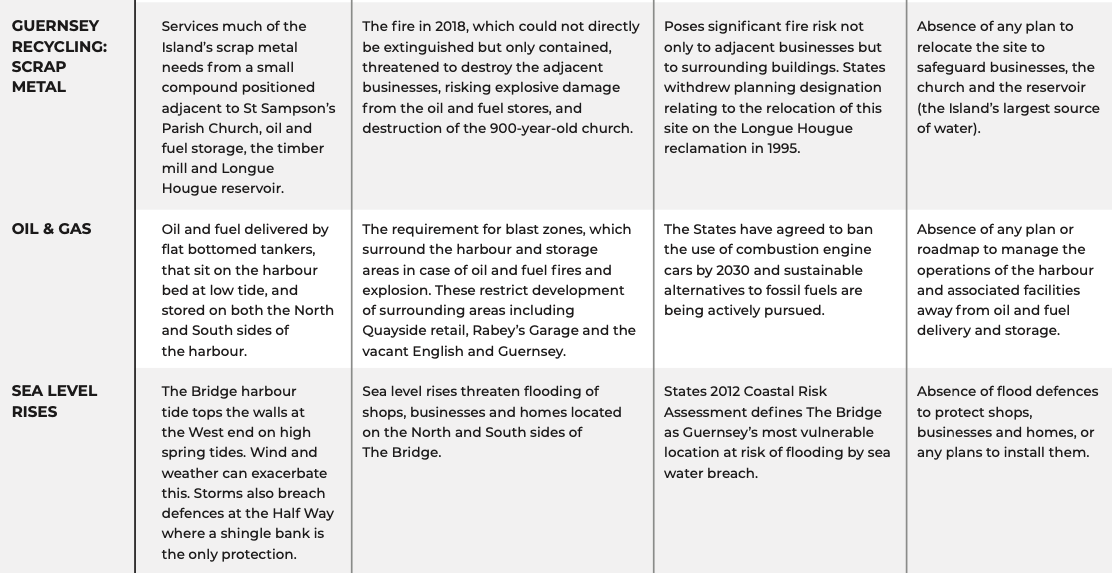 Pictured: The northern parishes have written to States officials, setting out the issues they fear could arise from the lack of an infrastructure plan.

The douzaines say the bulk of the island’s freight – 8,400 trailer movements a year from the Harbour to Bulwer Avenue and the handling of 360,000 pallets – are concentrated "in unfit-for-purpose sites."

Recent £360m development proposals rejected by the States sought to move fuel and freight operations away from St Sampson's Harbour - which would have become a marina-style development - to a new, third harbour at Longue Hougue South.

Under-investment in infrastructure has been endemic within the States for the last decade. Government has routinely failed to hit its capital investment targets - 3% of GDP annually.

A number of major infrastructure projects now lie on the horizon at a time of reduced finances, including the development of new schools, redevelopment of the hospital, seafront regeneration and outline plans to build more properties in the face of Guernsey's housing crisis.

The North is felt to be at the sharp end of housing development, with outstanding permissions, draft development zones and designated housing areas at Pointues Rocques, Leale's Yard and the Fontaine raising the possibility of a whopping 1,400 new builds in the North in the coming years.

In the view of St Sampson’s and the Vale: “Without immediate planning and investment in the following areas we believe that government continues to:

• Risk preventable disasters and the loss of businesses and essential services;

• Reduce quality of life for parishioners and islanders [and];

• Create a sad legacy for generations to come.

Mr Gill and Vale Senior Constable Richard Leale said numerous steps had been taken to address these concerns directly with government, only to be stonewalled.

“There is now no alternative other than to publicly demand that government does what it identified 12 years ago as a priority and prepares a meaningful infrastructure plan within a pertinent timeframe,” they wrote.

Pictured top: The statement has been circulated to all States members and highlights the number of homes being proposed for the north of the island in the absence of any planned infrastructure to support them, compounded by the chronic problems of traffic that already exist.