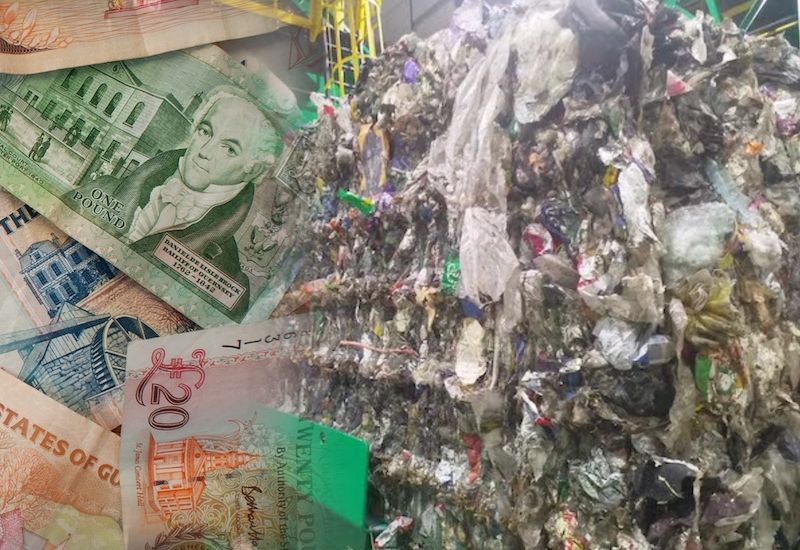 Guernsey's new waste strategy has lost millions in its first year, as many households moved to recycling the majority of their rubbish rather than paying to dispose of black bags.

Guernsey Waste had budgeted on the basis that each household in the island would put out an average of 1.47 black bags per week - or three for every fortnightly collection - at a charge of £2.50 each.

But, in reality, local households were quick to accept the new system and only put out an average of 0.43 black bags each week.

Earlier this year, STSB President Peter Ferbrache warned that the success of Guernsey's waste strategy in increasing recycling rates and reducing black bag waste could lead to a completely different charging model in the years to come.

At the end of last year, 73.1% of the island's household waste was being recycled - already surpassing Guernsey Waste's decade-long target of 70% by 2030. While, on a positive note, this figure places Guernsey at a higher rate than all UK local authorities, it does mean island residents were spending a lot less than expected on 'pay as you throw' stickers for general waste. 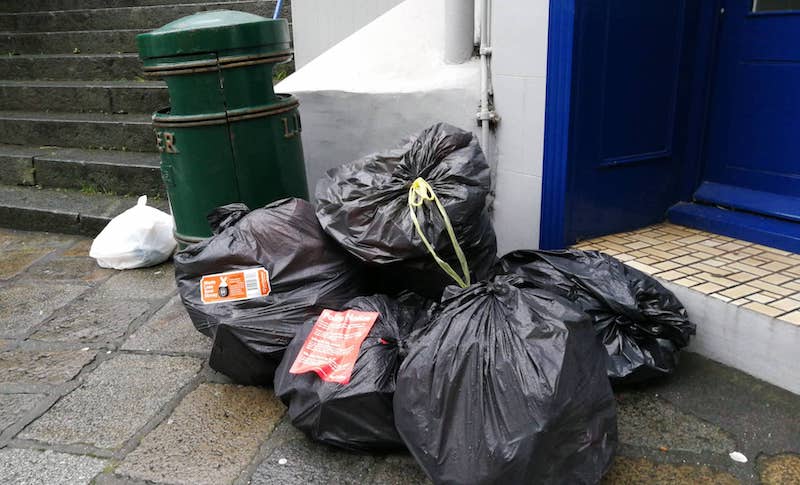 Pictured: All general waste bags must have a 'pay as you throw' sticker to be picked up.

As a result of that and lower than expected rates of hazardous waste disposal, the utility had a deficit of £3.02m at the end of its first year in operation.

"The Guernsey Waste Board recognised at the outset the financial challenges associated with greater recycling success earlier than planned," said Chairman of the Board, John Hollis. "Soon after the introduction of the charges, an Innovation and Pricing Strategy Team was set up to review and make recommendations on how Guernsey Waste could break even over the 20 year life of the waste strategy.

"The Management Team is drawing up a business plan which, along with the work of the Innovation and Pricing Strategy Team, will be used to inform the 2021 budget, future innovation and ongoing charges, whilst keeping in mind what is best for the long term interest of islanders.

"The short term financial challenges will require borrowing and discussions are ongoing with the Policy & Resources Committee to secure an overdraft facility." 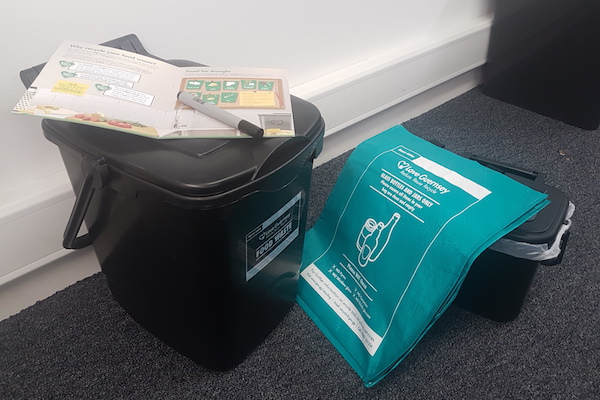 Pictured: Each household was sent food caddies and a glass recycling bag before the strategy was introduced.

Guernsey Waste was established on 1 January 2019 as part of the States' Trading & Supervisory Board. It has been working inline with the States' approved waste strategy - which fully came into force last year - to encourage island residents to reduce their waste, as well as provide waste facilities and services which make it easy to reuse and recycle.

"This was the first year of operation for Guernsey Waste and a year of momentous change for the island of Guernsey," Mr Hollis added.

Richard Evans, States Trading Assets Deputy Managing Director said: "the objectives of the waste strategy are to reduce the amount of waste we produce, which will cost us less in the long run; deal with the material we do produce better, which includes recycling more of it; and to break even in the long run.  These are all long term aims, but two out of three we have achieved in the first year, beyond our expectations, and the final one we will achieve over the 20 year life of the strategy.  It would have been something of a miracle had we achieved that in the very first year, but we will over the long term, avoiding where best we can any need for any sharp increases or decreases.

"So far, the cost to households has been far lower than was anticipated at the outset of the strategy, and the reduction in waste overall and huge increase in recycling shows it is working".

Guernsey Waste's accounts were published earlier this week along with the States of Guernsey accounts and can be read in full HERE.

Posted by Anthony Webber on Jun 26th, 2020
Some progress with recycling but when is Guernsey going to catch up with other places ?
Just check on many of the Councils in the UK, and many forward looking parts of the world.
Guernsey needs to drop charges for waste disposal.
Do what civilised places do, have a different bag for general waste, and for the various different recyclables. Do not charge, unless you want lots of abuse of the system and fly-tipping.
Let the costs be funded by taxation.
About 40 years ago some of us were advocating better recycling . Guernsey could have been among the world leaders. Sadly not.
However, that does not mean that Guernsey cannot catch up, and it needs to, fast !
Posted by Robert Williams on Jun 26th, 2020
Surely this is good news that more recycling is being done.
To place a comment please login Login »

Islanders urged to recycle trees once finished with them