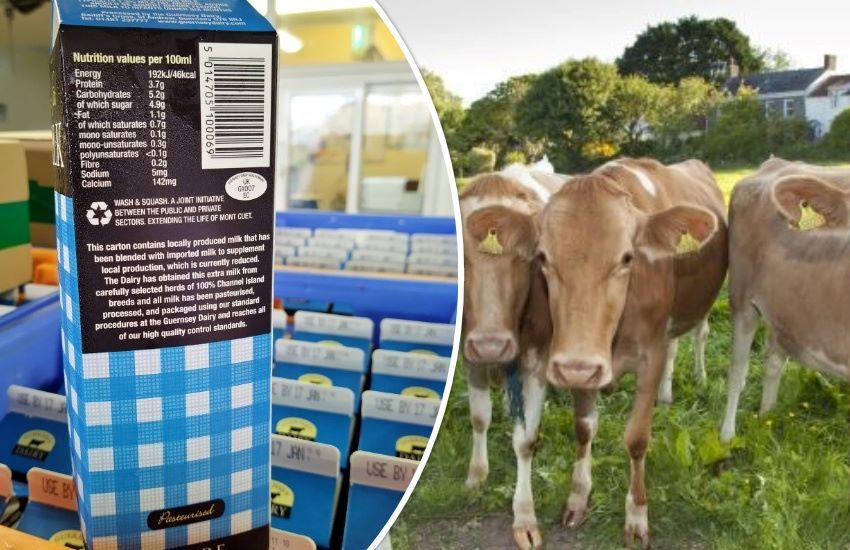 Guernsey's blue milk cartons are temporarily carrying a message that they contain imported milk - but the Dairy is assuring customers that the milk inside is actually 100% local.

The Dairy is currently using a reserve stock of blue cartons for low-fat milk because of unexpected delays in the delivery of its latest order of regular cartons.

The reserve cartons were intended for use only if the island had to import milk due to disruption in local milk supplies. That is why the reserve cartons which are currently in use display the following message: “This carton contains locally produced milk that has been blended with imported milk to supplement local production, which is currently reduced”.

The Dairy's Production Manager, Dave Domaille, said that information on the side of the blue carton is incorrect and the milk inside contains none from outside the island.

"We would like to reassure all our customers that the contents remain 100% Guernsey-produced milk with all the great taste and goodness," said Mr Domaille.

"We expect to have our normal cartons in the island in the next day or two, so this is very much a short-term solution." 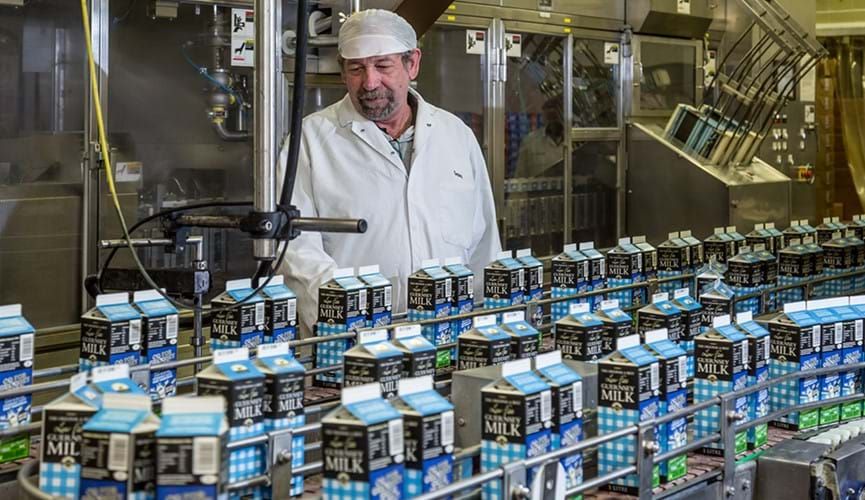 The Dairy's latest order of regular blue cartons has been stuck in France since before Christmas awaiting the end of workers' holidays. They were then expected to arrive at the start of this week but were delayed again by poor weather conditions over the weekend.

“As well as the cartons that have been stuck in France, we also have an order due to arrive this week from another supplier," said Mr Domaille.

"Having dual suppliers enables us to benchmark prices and mitigates the risk of an interruption to supplies, but in this case the combination of the Christmas period and the subsequent poor weather has conspired against us.”

The Dairy is fully owned by the States. The States' Trading Supervisory Board is the States' committee responsible for the operation of the Dairy.

Pictured (top): The reserve blue cartons which are currently being used for low-fat milk contain an inaccurate message about the source of the milk, which in fact remains 100% from local cows.

Dairy searching for cream of the crop