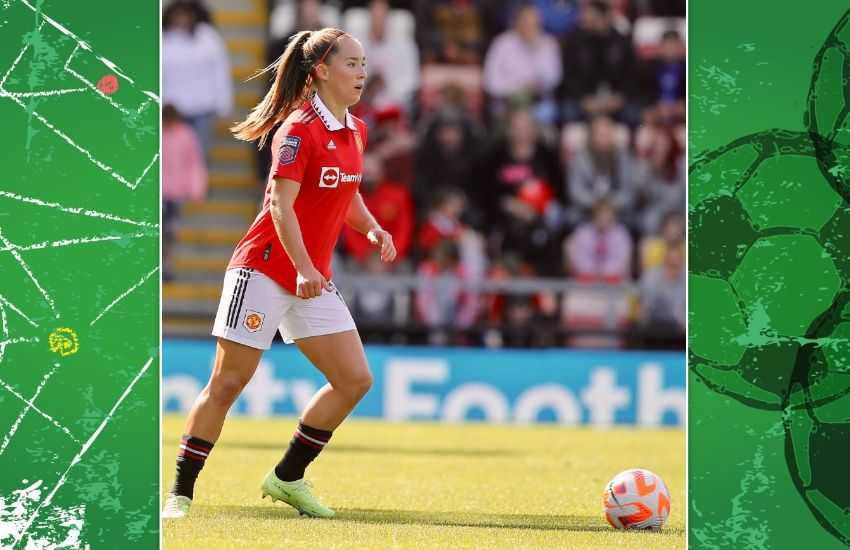 Maya Le Tissier has expressed how pleased she is to be a role model for girls and boys across the Channel Islands who may want to pursue a sport professionally.

In a number of interviews with national media outlets, the 20 year old from Guernsey has referenced her background playing at Blanche Pierre Lane with the boys of Saint Martins.

Having already played for the England U23 side she has now been named in the Lionesses squad for friendlies against Japan and Norway.

Her proud dad, Darren Le Tissier shared an interview she did where she discussed football pathways for children in the Channel Islands as well as her love of being part of the Lionesses.

Speaking to the Daily Mail - the second most read news website in the world last year -  Maya said "it's really good" to be in her current position which enables her to inspire others.

She said her success has come at a price, with a lot of hard work behind her - as well as a lot of support from Guernsey residents, businesses, and her fellow footballers. 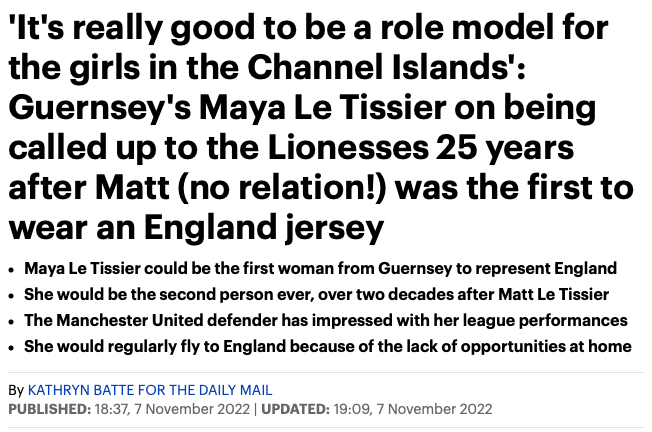 "I had a lot of support from back home, it’s very good for sponsorship and community spirit so I was very lucky with that. I have to thank everyone back home for supporting me and I hope now they can see that it has actually paid off," she said.

Explaining how she would play football with the boys at Saints as there were no clubs for girls, she said they all just treated her as another player.

"...of course I didn't know any difference anyway so I was just playing football with the boys. I think that's kind of what's made me the player I am today, playing with the boys back home from when I was like four until 16. I was playing Under 18 boys football and they're basically men so to come back into the WSL is different but I've kind of experienced the physicality of it back home and playing on bad pitches and things like that."

Recollecting how she would fly to the UK regularly to play before making the move over permanently when she signed for Brighton, she told the Mail that other people may be able to follow in her footsteps.

"It's really good to be a role model for the girls in the Channel Islands and the boys," she said.

"They don't get that many opportunities to kind of show what they're about and for them to be able to see that there is a pathway because beforehand there wasn't really a pathway.

"Obviously Matt [Le Tissier] did it but that was quite a while ago so for them to see that I can do it and that they can do it as well, it's really good for them to push towards and to have someone to look up to." 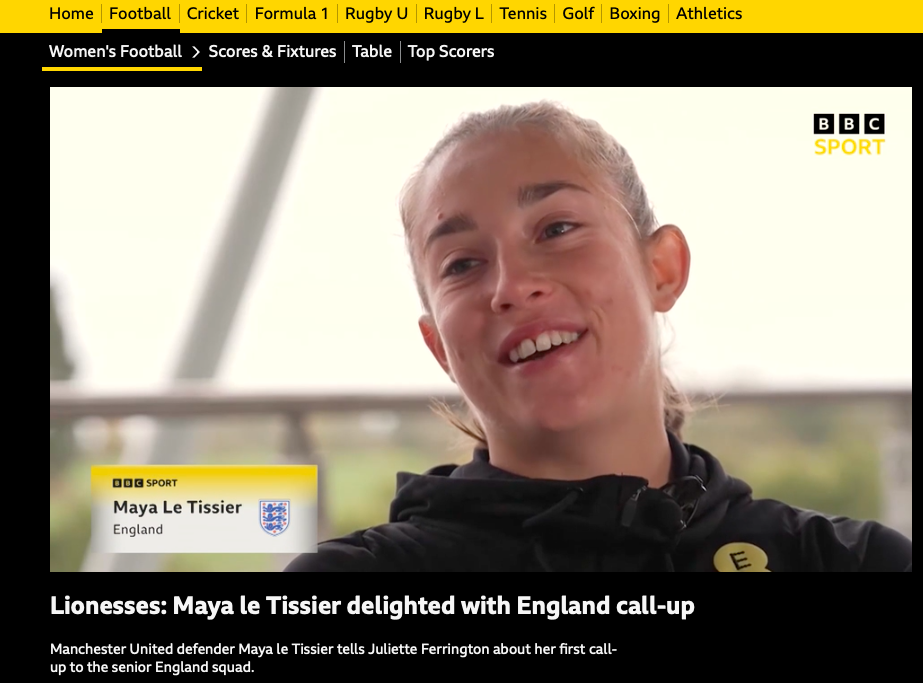 Pictured: Maya Le Tissier being interviewed by the BBC.

The Daily Mail isn't the only national publication to pick up on Maya's England call up and to explore any potential links with 'Le God', as Matt Le Tissier was known to generations of Southampton fans.

The Sun asked the same question and was told there is no relation, while the BBC's Julie Ferrington discussed Maya's grass roots background with her HERE.