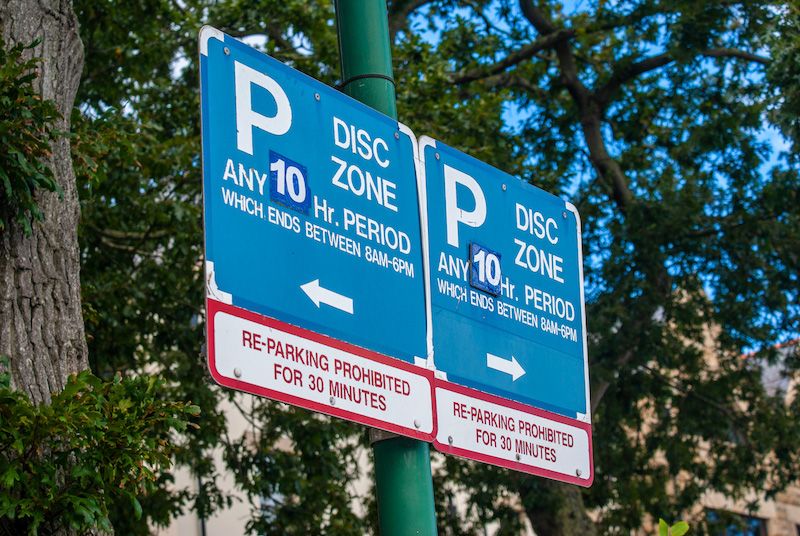 Disc parking restrictions across Guernsey have been lifted so motorists can rest assured they won't receive a parking ticket during the current lockdown, but Guernsey Police are also reminding owners to lock their cars before leaving them.

Strict measures were imposed across the Bailiwick on Wednesday, meaning no one is allowed to leave their home except for four essential reasons - one of which includes going to the shop, or delivering groceries to vulnerable relatives or friends.

As many vehicle owners won't have parking spaces or a garage at their own home, Guernsey Police acknowledged the anxiety that could be caused by having to leave your car in a disc zone with the worry about moving it when your time was up.

Ahead of that, it was decided that disc zones would all be suspended so anyone can leave their car for longer than stipulated so long as it is legally parked.

That means it must be in a designated parking space, and parked safely and sensible.

As many vehicles which would usually be moved around during the day are now effectively being left in one space for potentially weeks on end, parking restrictions have also been lifted in some public car parks such as at Beau Sejour.

Guernsey Police also asked if motorists could leave their car at work, a colleagues or friends house if possible to free up public spaces where necessary.

However, Guernsey Police also issued a reminder to "take your valuables and anything else you might need from your car when you park, and to lock up" before leaving it.

This follows previous advice issued by the force to motorists after reports of items being stolen from cars which had been left unlocked. 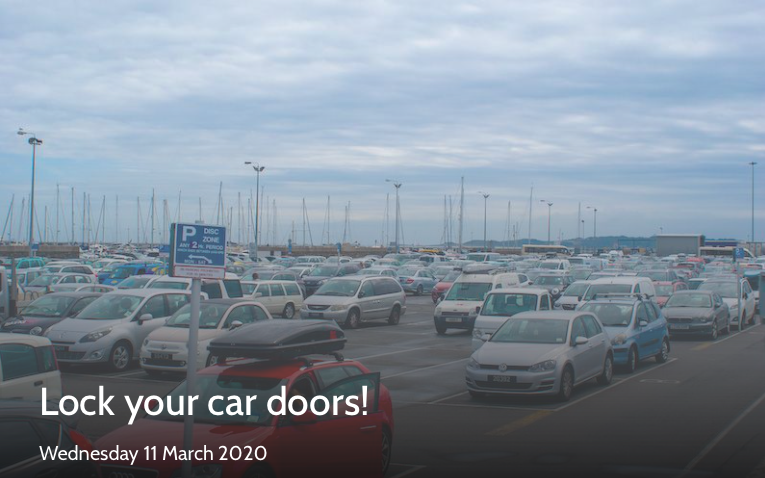 Most recently Guernsey Police said that some time between 08:00 on Tuesday 10 March and 07:30 the following morning, "significant damage was caused to a black Jeep Wrangler parked near the back of Salerie Corner".

It was locked, and the car had been broken into by someone who damaged the removable sunroof cover.

The rearview mirror was ripped off, the driver's seat was burnt, and the touchscreen audio system scratched a number of times. Other damage included a brand new LED vehicle spot light which was removed from it's packaging, and thrown outside the car, and a dark grey, textured, high quality auxiliary cable has been taken.

Any witnesses should contact the Investigation Support Unit at Guernsey Police Headquarters, on 725111 or Crimestoppers anonymously on 0800 555111.