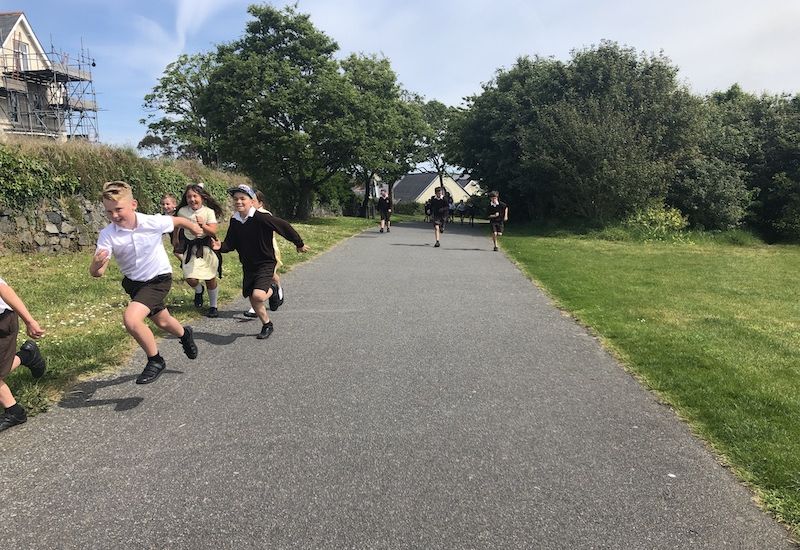 With Channel Island teams preparing to head to Gibraltar for the Island Games, some local primary school students are also getting into the sporting spirit with a 'virtual trip' to this year's venue.

Ten schools in Guernsey and one in Alderney currently take part in the Daily Mile - an initiative which encourages children to get out of the classroom each morning and walk or run.

However, some schools are taking on the extra challenge of clocking up their miles each day and covering the distance it would take to get around the British Isles and then off to Gibraltar.

Some local athletes and former students were invited to the launch of the new initiative at St Mary & St Michael yesterday to give the children some inspiration.

"It's really nice to see them all getting active," said triathlete Megan Chappel who will be competing in the Games this July. "Encouraging them from young is obviously important and studies recently have shown how important it is for mental and physical health. I think it's great to get them out of the classroom as well." 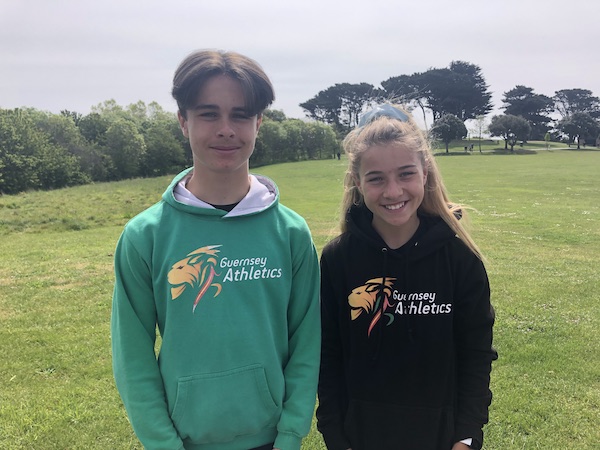 Pictured: Gian-Luca Robilliard and Summer Woodhead who went along to encourage the younger students at their former school.

Every day, the participating schools will tally up each child's mile with the aim of eventually reaching around 3,000 miles.

"I started [running] when I was at St Mary & St Michael and now it's just got bigger and bigger and I'm enjoying it as much as I did when I was younger but I'm a bit better," said 14-year-old Summer Woodhead. "I compete in middle distance at the moment because it's track season but my main competition is cross-country around 3k and 5k which I really like.

"At the moment I'm too young, but in 2021 when [the Island Games] is in Guernsey I will really hope to go. if I don't there's always next year because I know I am young, but fingers crossed!"

Big plans are already being put in the place for the event in two years' time. Local Games Director Julia Bowditch added: "It's really exciting to see that they're coming out and thinking about how many miles it is to Gibraltar. It's in their minds and hopefully they're thinking that we're next in 2021. It's a great project to work to and, as we move forward, we're looking at partnering up schools with an island in the Games so they can work with their partner island and support that team when they come over." 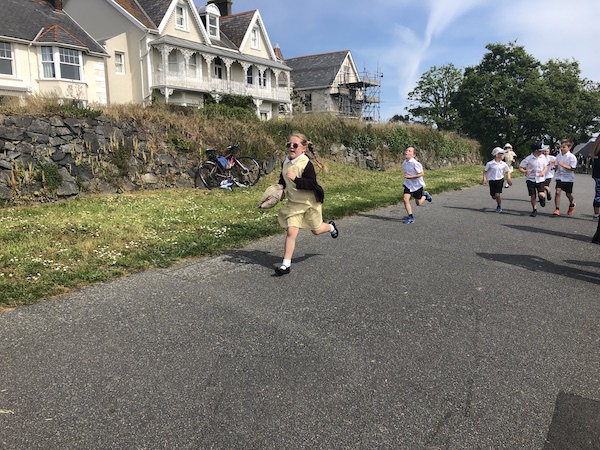 The Games committee is also hoping to plan walking routes between each Island Games venue in the island to encourage spectators to get some exercise, much like the children.

"It gives us a bit of energy before we start lessons and a bit of fresh air," said Sienna Smith, 11. "It's encouraging us to be more active because it is every day and its not a 'yes' or 'no' if you want to do it, you do it to get more fit and healthy."

Her classmate Harry Johns, also 11, agreed and that despite taking part "whatever the weather", his favourite part of the Daily Mile was "just to chat with my friends".

Help there for Early Years teams