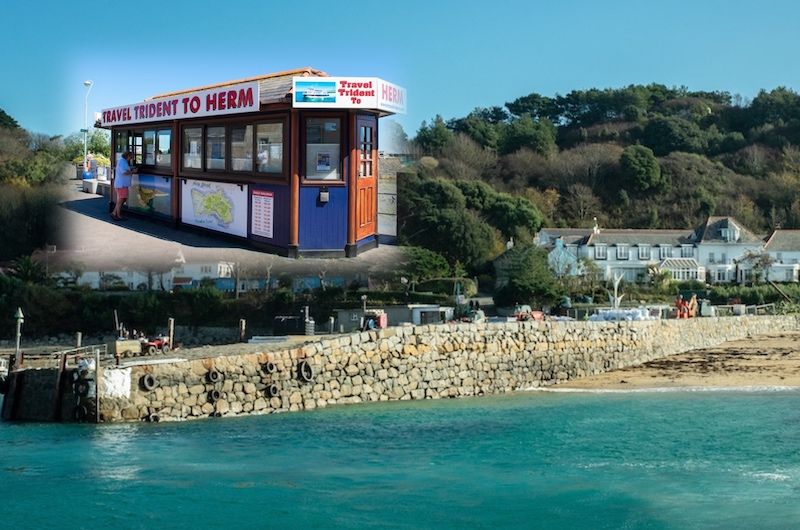 What comes to mind when you think of Herm or the Travel Trident? Holiday vibes? Maybe tranquility, peace, sweeping, golden beaches, an iconic family-run business…how about a decades' long partnership turning sour?

The Travel Trident has cancelled its winter schedule and blames it on a disrespectful contract proposal from Herm Island management. In turn, the CEO of Herm Island, argues that if only all parties could meet face to face, an agreement could be reached.

Trident would offer a year-round service, shipping people and provisions to Herm, and Herm Island would pay £200 a day for the guaranteed service.

This contracted agreement ran harmoniously until the leaseholders of Herm – Penny and Adrian Hayworth – left in 2008, and a new contract had to be drawn up. John and Julia Singer took responsibility for the island and agreed to a new five-year contract that retained all the familiar attributes of the prior agreement.

This contract ran until 2013, was renewed for another five years up until 2018, and then forgotten about. Apparently, everything was so comfortable and ‘harmonious’ that both Trident and Herm management continued with an unspoken agreement. 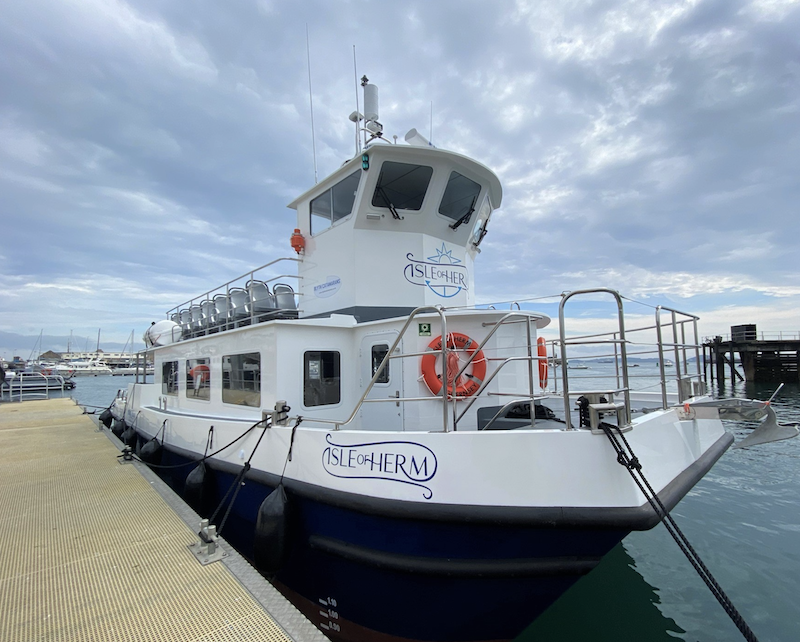 Pictured: The Isle of Herm was purchased to offer 'more flexibility' to Herm's residents.

In March 2020, covid upended everything and Herm’s management, led by its new CEO Craig Senior, cancelled the unofficial agreement because it didn’t make sense to pay for a service it wasn’t getting. Both parties agreed that once the pandemic smoke cleared, they would revisit the contract anew.

The Managing Director of Travel Trident, Peter Wilcox, then received a proposal from Herm, and it appears that it’s here, where the trouble started.

“I had a proposal that came through which showed a total lack of respect for our business, and the fact that the family had been running this since 1969,” said Mr Wilcox.

“The proposal asked that we get involved with another five-year contract and that there would be no charge for the services as provided before, we would do this free of charge because we were in the fortunate position of being the only operator.

“Within this contract it was suggested that to make our ends meet that we should seriously consider putting 15-20% on our boat fares. I was told that the public should help subsidise the lifeline service.”

“We would like to get to a stage where our costs can be challenged like with any other supplier,” said Mr Senior.

“We didn’t put any timelines on it, we just wanted to sit down to get a sense of how we could do that. Could we look at sponsorship, could they start billing the States of Guernsey for teachers and States employees instead of billing Herm,” he said, citing the estimated £20k Trident charges Herm Island for offering 'free travel' to certain passengers.

The proposal wasn’t taken well. Mr Wilcox believed it was condescending and flew in the face of what the Trident had been offering for decades.

“Mr Senior ‘kindly’ offered to spend a week with me showing me how to run the business more profitably – he offered to come in and show us how to make reductions and make more profit,” he said. Express put this suggestion to Mr Senior who denied making any such offer. 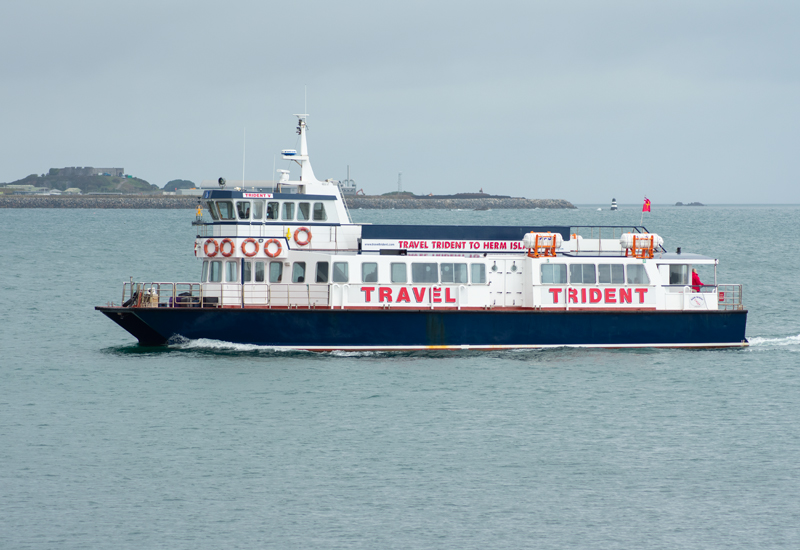 Pictured: The Travel Trident's running costs amount to an average of £1,500 a day with three crew.

The end result was Mr Wilcox ignoring the proposal and the ‘partnership’ reaching a stalemate. Mr Wilcox wouldn’t meet to discuss the situation, while Mr Senior worked on plans to protect the island’s interest in lieu of a stable partnership.

It came to a head with heated words outside the Trident Kiosk, where Mr Wilcox threatened to double their price, according to Mr Senior.

Mr Senior’s plans to ‘protect the island’s interests’ culminated in Herm announcing the purchase of its own ferry in May, the Isle of Herm. A 70-seater catamaran that cost £750,000.

“We’re very sorry that it has come to this,” Mr Wilcox responded.

“Herm are going their own way and we feel like we are letting the public down – what is the point of us operating when they have their own vessel and we’re going backwards and forwards to Herm with three or four people on board?”

The decision was made to pull the winter sailings and the pair haven’t met in person since since that unintended clash.

Mr Senior argues that the original proposal was fair, that Herm management had to challenge the £100k it cost Herm every year to retain the Travel Trident’s services.

“I think we’d recognised that the contract was dated and perhaps was weighted toward the Trident and not for us,” he said.

Mr Wilcox on the other hand argues that the proposal was unfair and Herm island has essentially made it impossible for the Trident to continue operating.

“They keep bleating on about this contract; we’ve moved beyond the contract now, we’ve moved into a situation where they’re going to be running in competition,” he said. 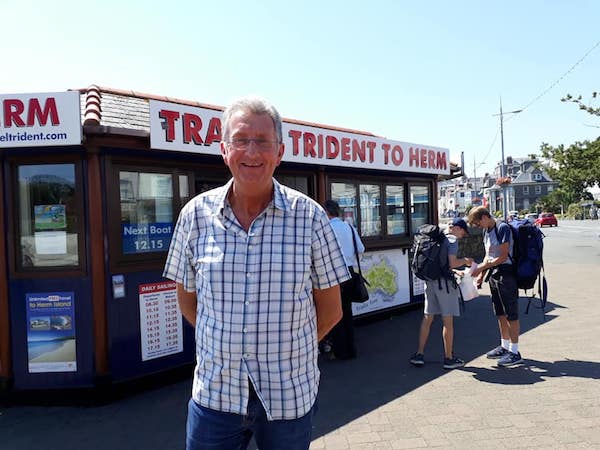 Pictured: “It’s very important that we must put the publics’s interests first – we need to look after them in some way shape or form,” said Mr Wilcox, who said he has no intentions to sell the business or stop ferrying passengers to Herm next year.

The main question now is, what next?

Mr Wilcox is unwilling to meet with Mr Senior and discuss the situation, however, from a business perspective, the Trident cannot feasibly run through the winter in direct competition with the Isle of Herm.

The impact on the everyday traveller could well be minimal. People will still be able to get to Herm this winter and next year. Herm is considering a second boat, to provide resilience, despite Mr Senior saying he doesn’t want to become the main operator.

“I don’t particularly want to set up a ferry service, but if our ferry service refuses to meet us even with arbitration then I have to protect our interests.”

What’s not clear is how the two parties will clear the air, or whether the Trident will return to winter sailings next year.

“We want Herm to succeed, because if they succeed then we benefit from it – but unfortunately there a numerous reasons why we won’t sit around a table and it’s even more pointless than ever for us to run,” said Mr Wilcox.

The Travel Trident will finish its season at the end of October and return in April 2022. Let’s hope the storm - like the winter weather - clears before then.

Posted by Dave Vowles on Sep 30th, 2021
Surely an arbitrator from the States of Guernsey can be utilised to help sort this mess out?
To place a comment please login Login »