Condor given £830k emergency grant to save freight 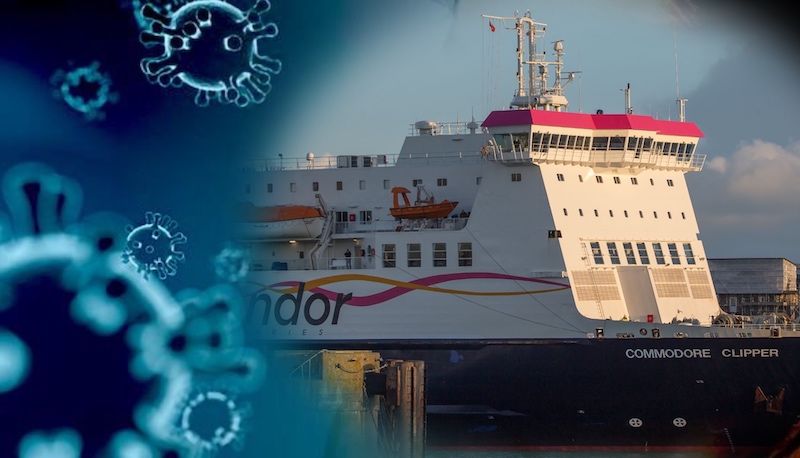 Condor given £830k emergency grant to save freight

Condor was given an emergency grant of £832,000 by Jersey's Government to “maintain freight resilience” and avoid spiralling costs after losing £50m during the pandemic, it has emerged.

The urgent funding boost was granted last month following a request from the company, and comes in addition to the £47,712 Condor Ferries claimed between April and August 2020 under Jersey's co-funded payroll scheme.

The payment Condor received from the States of Jersey was one of a number of ‘ad-hoc’ payments made to local organisations, which included a loan of up to £10m granted to Blue Islands to help the island maintain its connections to UK regional airports and over £1m paid to Liberty Bus between May and December.

In an initial statement to Express on Condor's financial position, a spokesperson for the company said the pandemic had taken a heavy toll.

“Our passenger business was closed for almost all of 2020 and the pandemic is still having a significant financial effect,” they said.

“We are down 96% on revenues and two fifths of the workforce were made redundant in 2020. The financial impact in terms of revenue and cash burn has been in the order of £50m.”

Details of Guernsey's co-funding payments are not being published following public backlash to the suggestion. Express has posed further questions and is awaiting answers to whether the ferry company approached the States of Guernsey for funding and whether it received any. 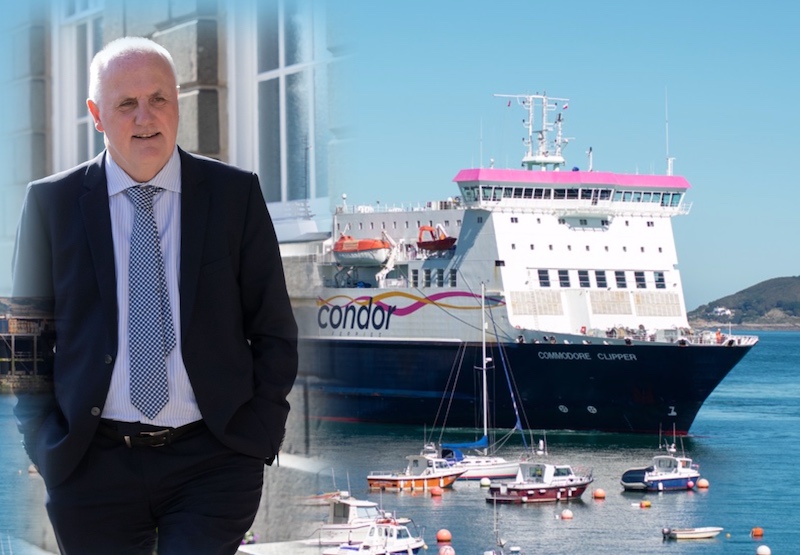 Pictured: Condor does not currently have an operating agreement or memorandum of understanding with Guernsey's Government. It is understood that both sides are currently negotiating the terms of such an agreement, based on recent comments by our Chief Minister, Deputy Peter Ferbrache.

In his letter to the Senator, Mr Martin explains that Condor Ferries contacted the Government in August 2020 to advise that it was no longer meeting the profitability levels set out in its operating agreement with Jersey. The company also suggested measures to reverse the situation.

Mr Martin warned those measures would have had “a material impact” on freight costs and ferry services.

The Chief Minister and Senator Farnham offered £682,000 to the company in December 2020 to “bridge the period” until public health restrictions were lifted, and commercial operations could return to normal.

Due to the suspension of the high-speed services having been extended from the end of March to 21 May, additional support was later agreed to bring the total to £832,000.

Mr Martin said the agreement was likely to benefit islanders and Jersey’s economic recovery by preventing an increase in freight prices and other “cost reduction choices”, which could have cost an estimated £2m to the island’s economy.

As Principal Accountable Officer, he however said that, having not participated in the discussions with the ferry provider, he couldn’t be sure the grant would represent “value for money” and requested that Senator Farnham provide his written instruction. 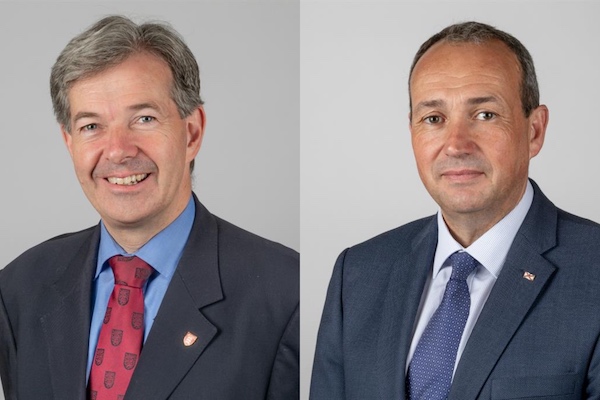 Such instructions are issued when an Accountable Officer – the individual within a department personally responsible for its running and finances, which is usually the Director General – has concerns with a Minister’s decision and/or considers it too risky.

They must set out their concerns in writing, and ask that, if the Minister still wishes to proceed, they issue a formal ‘letter of instruction’. A copy of this is then sent to the Government's spending and governance watchdog, the Comptroller and Auditor General, and the Accounting Officer is not then seen to be personally responsible for it.

The Economic Development Minister previously sent two of these letters in response to pushback from the Acting Director General of the newly formed Economy Department, Richard Corrigan on the Visitor Attractions and Events Scheme as well as the Fixed Costs Scheme.

In his letter of instruction to Mr Martin, Senator Farnham described Condor as “a valued strategic partner” who, despite “considerable financial detriment”, continued to provide “critical passenger and freight resilience” to the island during the pandemic.

He said that Condor had agreed not to increase freight charges for “at least the term of the financial support”, which, if implemented, would cost consumers up to £5.2m every year.

Pictured: Mr Martin requested a letter of instruction from the Deputy Chief Minister on the grant.

"The offer of support in December enabled Condor to suspend their high-speed services whilst retaining their crew," Senator Farnham wrote. "This enabled the more rapid resumption of high-speed services than if Condor had made those crews redundant. This not only provides resilience to freight services, but more importantly should help drive a more rapid economic recovery for the island as public health restrictions are eased."

In a statement provided to Express, Senator Farnham said the pandemic had had “a severe impact” on Condor Ferries.

“We recognise the strategic role Condor plays in delivering essential freight, goods and services to the island, and in maintaining passenger routes,” he added.

“Financial assistance amounting to £832,000 was provided, following a request from Condor, to maintain freight resilience and to allow the company to retain their crews ready for a rapid resumption of services when conditions permitted.

“This financial assistance has helped to ensure a prompt resumption of Condor’s services, and will help Jersey’s economy recover more rapidly. The Government of Jersey is grateful for the essential role Condor has played throughout the pandemic.”

Early on in the pandemic, Condor Ferries froze workers’ pay as passengers sailings were called off, announcing it would honour minimum wage increases as a legal requirement, but would cancel the annual salary review which was due in April 2020. 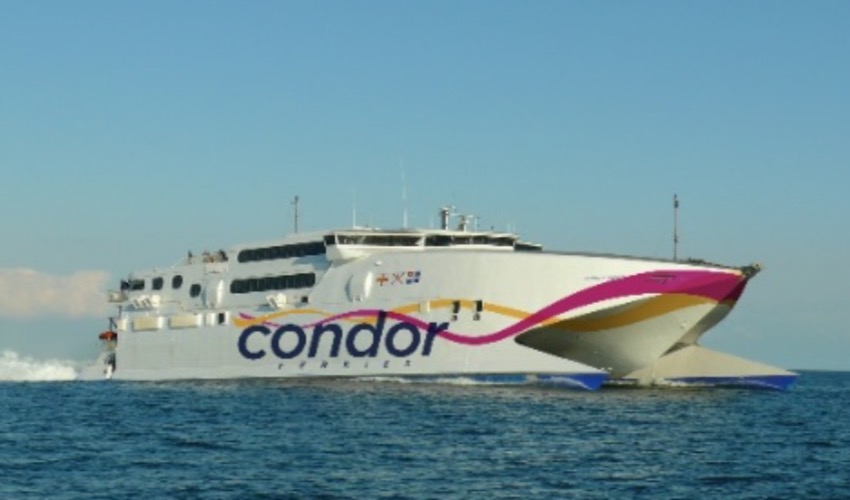 In May 2020, Condor Ferries announced it would be slashing crew numbers on its high-speed vessels.

Since the beginning of the year, the company has been operating a daily Commodore Clipper service to Portsmouth and a weekly sailing to St. Malo.

High-speed ferry sailings are due to resume next Friday (21 May) and earlier this week, the company released its summer schedule, “focuses on the peaks, notably at weekends when people want to travel”.

Pictured top: The Clipper has been running a freight-only service in recent months.

Fishing licence decisions to be finalised next month

Covid rockets in Jersey, with 500 new cases predicted per day