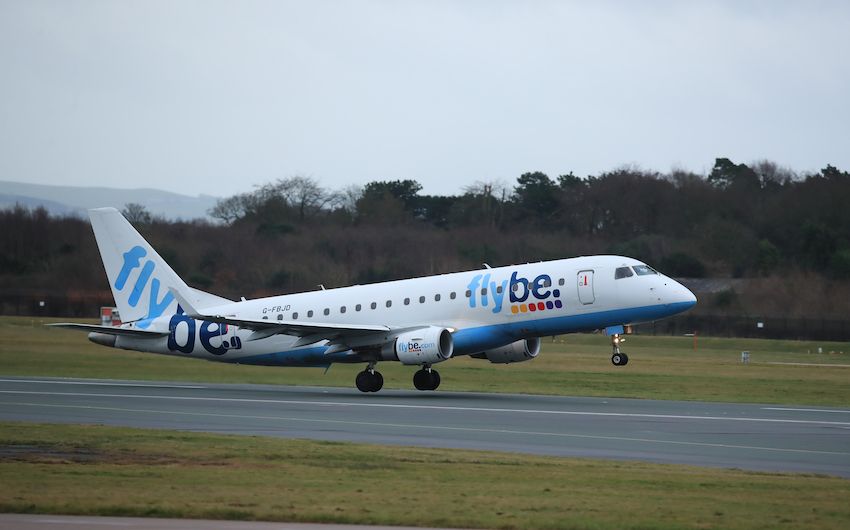 Revived airline Flybe has announced its new list of routes and destinations - but there is no mention of flights to Guernsey or Jersey.

Tickets for Flybe’s new programme of flights went on sale in the past 48 hours. Its first planes are set to take off next month.

Guernsey is not listed on the airline’s new booking page, which lists the destinations to which it will fly from its new base at Birmingham Airport.

The airline - which started life in 1979 as Jersey European - was one of the UK's first major business casualties of the pandemic, collapsing into administration in March 2020.

Soon after, the brand was bought by a consortium called Cyrus Capital and the rescued ‘Flybe 2.0’ announced it would restart flying in 2022.

Hello. Welcome to flybe.
We've been busy preparing for take-off and we're excited to say our website is now live.
Ready to book your next trip?
Let’s flybe. pic.twitter.com/3aTELuR4Lg

Pictured: The announcement of the airlines new routes was made online.

Passengers can now book flights through Flybe's website with the airline offering a £10 discount on seats as part of a ‘launch offer’.

Earlier this year, Flybe confirmed it was carrying out training flights from Newquay and Exeter Airports.

By September, Flybe intends to operate 79 weekly departures from Birmingham along seven new routes to:

Flybe has also announced new types of ticket, check-in procedures and baggage allowances, including a ‘valet bag’ service which will allow passengers to skip baggage reclaim and collect their bag from the aircraft steps on arrival.