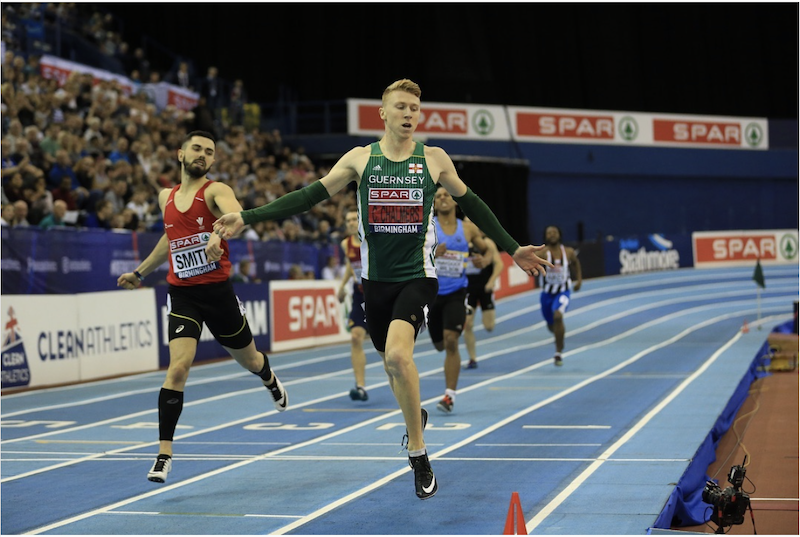 The 22-year-old, who won the race in a personal best of 46.26, will represent Great Britain at the European Indoor Championships in Glasgow next month on the back of his maiden British success.

What a performance from 19 year old @alex_theslam who takes the ???? in 47.29!#SparBritishChamps

Speaking after the race, Chalmers said:

"This is well up there [with competing for Guernsey at the Commonwealth Games]. I've really wanted to win this race, I've come in second twice in the indoor trials final so to be champion is all I wanted. I hammered it to 200m and just tried to hang on, I didn't even know where he [the silver medallist, Owen Smith] was. I was tying up a little bit in the last 50m - I was just trying to pump my arms hard and hang on."

Pictured top: Cameron Chalmers shared this image of him crossing the finish line first on his Instagram page

Guernsey will host the delayed Island Games in 2023