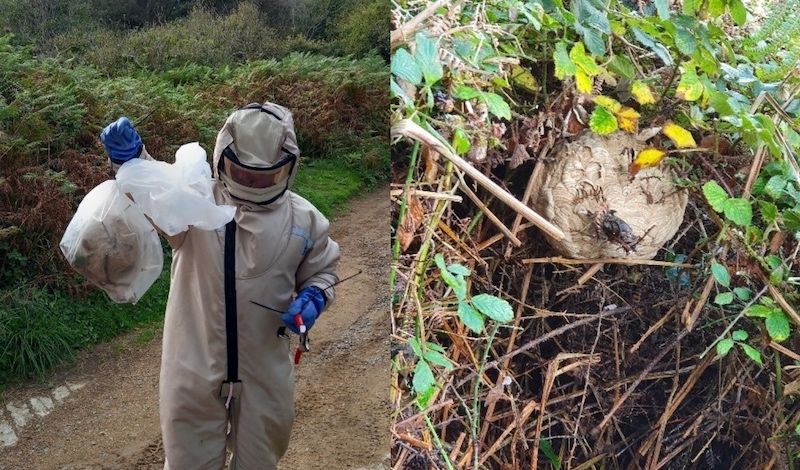 An investigation into the sightings of Asian Hornets around Herm has uncovered the first-ever Asian Hornet nest found on the island.

The nest - similar in size to a regular football - was recovered from a bank of bramble just inland from Belvoir Beach.

It followed reports from people who had seen what they suspected to be hornets around the island, including the garden at the Mermaid Tavern, the coastal footpath and Belvoir Beach.

At the end of September, a single Asian hornet was photographed scavenging on a dead rabbit carcass on the cliffs.

However, the most revealing information came from a fisherman who observed a ‘swarm’ of around 30 hornets attracted to his bait fish. 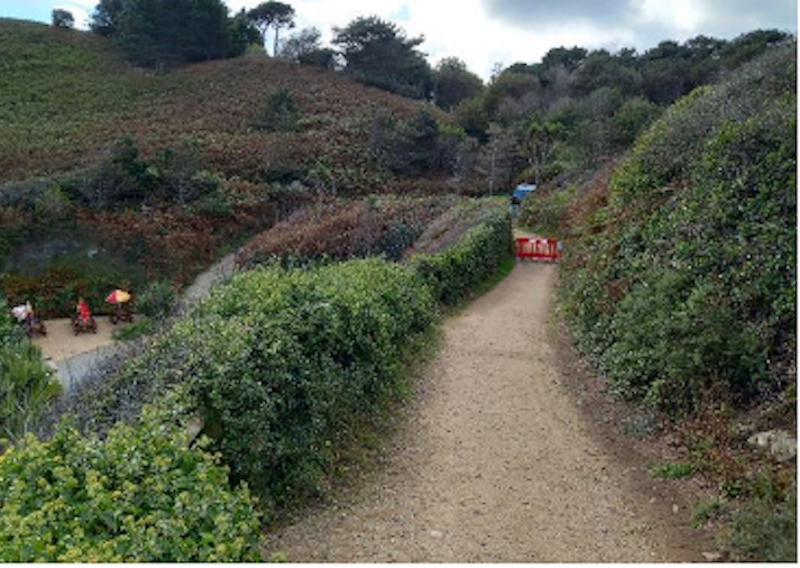 Pictured: The nest was found in brambles on a path inland from Belvoir. It was closed to the public while the nest was treated.

Guernsey’s Asian Hornet Team tracked the suggested flight path of these hornets inland and found the best, suspended in thick brambles on a sloping path around 45 metres from the kiosk, off Belvoir.

“Pinpointing a nest is always challenging but this one was found relatively quickly by tracking hornets returning from two different locations back to their single nest,” said Project Coordinator Francis Russell.

“We are grateful to everyone who contacted us with information, without which it’s possible the nest could have gone on undetected.”

The path was closed temporarily and the Herm gardeners helped to transport the Asian Hornet team’s gear and keep members of the public away during the extraction.

“In previous years we have found active nests up to the end of October, so there is still time to find more,” Mr Russel warned. 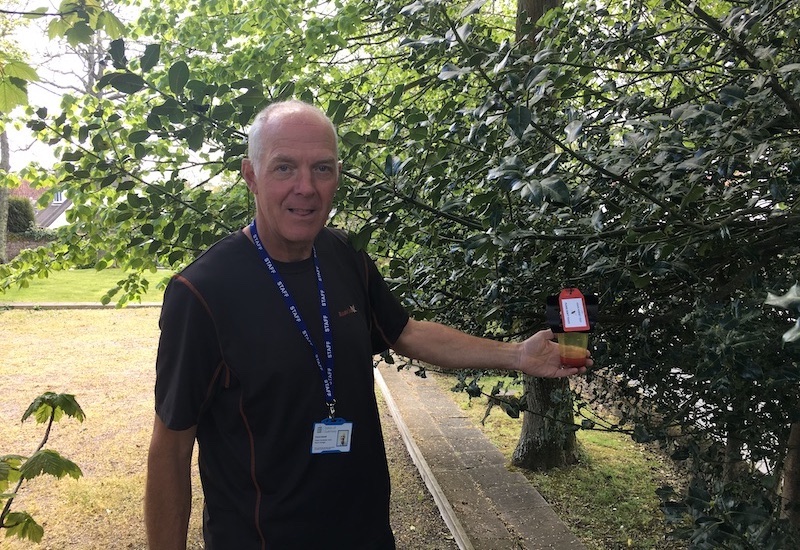 Pictured: It is “strongly suspected” by Mr Russell that there is still an active nest in the Vale following numerous reported sightings of hornets around the parish. This is a concern for the team as winter approaches.

He added: “It is always a race against time to find and destroy nests before they have raised the next generation of queens, at which point risks this invasive species becoming established on our islands.

"That is a very unwelcome prospect that would devastate our native species and make the work of controlling them in future years much more difficult."

Any suspected sightings should be reported to asianhornet@gov.gg or by calling 07839 197082.

"We stand with you"