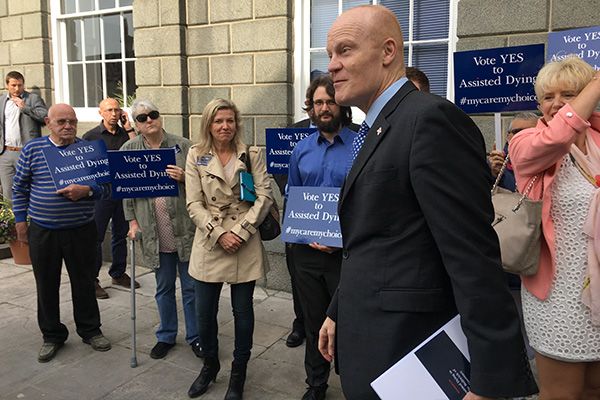 Deputy Gavin St Pier has said he and his requerants are disappointed to lose the vote on assisted dying proposals in the States of Guernsey today.

Following the defeat in the States of Deliberation shortly before the lunch break today, the seven Requerants to the initial proposals said, “Naturally we are disappointed with this result, although it was not entirely unexpected."

The statement which was issued by Deputy Gavin St Pier said:

"We believe that a majority of the population do support a change in the law.  However, we live in a representative democracy and our parliamentary assembly, the States of Deliberation, has by majority, made a democratic decision which settles the matter in Guernsey."

The statement continued: "We, of course, accept that decision.  We remain of the view that this is an inevitable change which in the fullness of time Guernsey will one day adopt.  However, that is matter for our parliamentary successors, not us."

The statement then thanked those who have supported the efforts to have a working party formed to look at introducing legislation allowing assisted dying under certain criteria.

"We would also like to take this opportunity to thank the community for their obvious interest and engagement in discussing this matter over the last couple of months or so.

"Difficult though this debate has been for our community and members of the States of Deliberation, we are pleased that the issue of assisted dying has been fully debated.  The debate has largely been respectful and measured and it reflects well on us as a self-governing jurisdiction that we are able to handle such a sensitive and emotive topic in such a mature and responsible manner.” 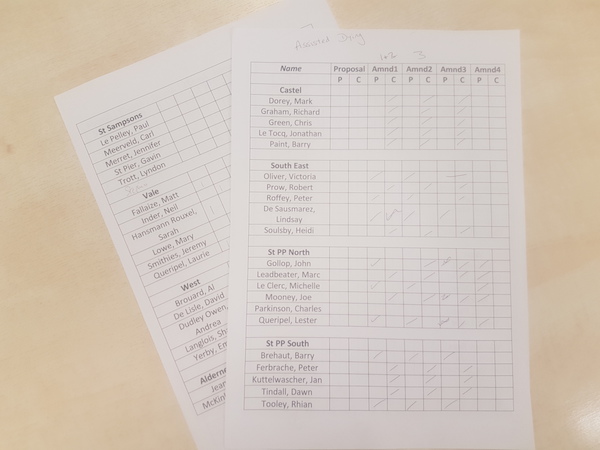 The original requete was replaced entirely by the sixth amendment which was lodged at the start of the debate on Wednesday morning. That amendment reflected some of the concerns which had been raised during the public debate in the lead up to the States debate.

It was lodged by Deputy Gavin St Pier who had led the requete from the start and was seconded by Deputy Heidi Soulsby. You can read the amendment in full here.

Within that amendment, propositions one - four were defeated and only proposition five was passed.

Proposition one was to agree capacity legislation had to be brought in ahead of an assisted dying regime being introduced. 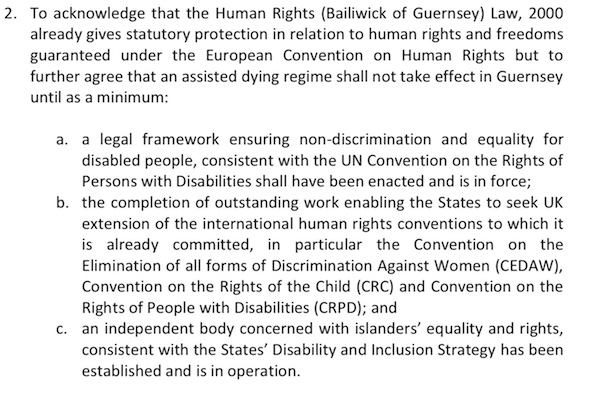 Proposition three concerned establishing a working party, with a number of sub proposals which can be read here. It was defeated by 14-24. 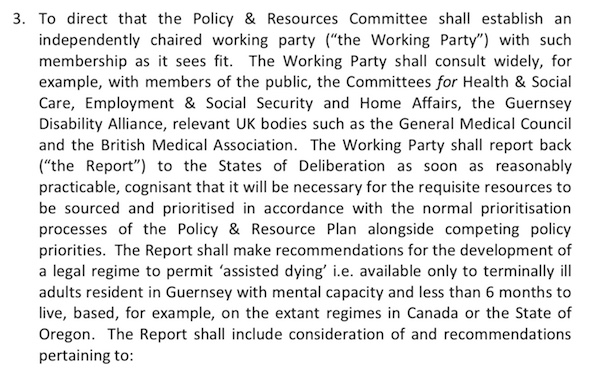 Proposition four involved agreeing the States of Guernsey should work with the States of Alderney to introduce assisted dying legislation. That was defeated 9-28.

Proposition five, which was the only one approved, concerned improvements in community, services, palliative care and end of life care among other matters. You can read that part of the amendment in full here.

It was approved by 1-37 with only Alderney Representative Jean voting against. 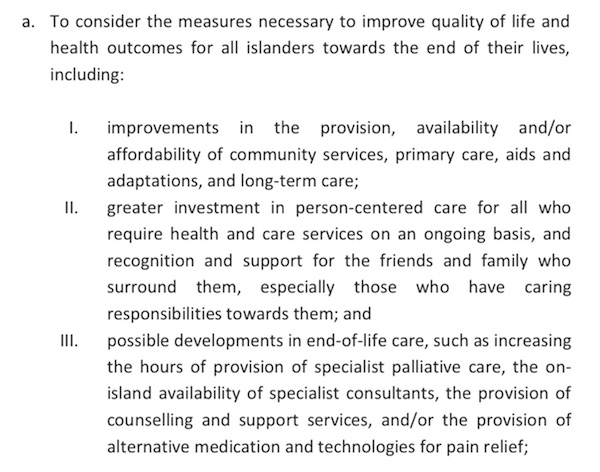 Deputies Paul Le Pelley and Charles Parkinson were absent for the vote.