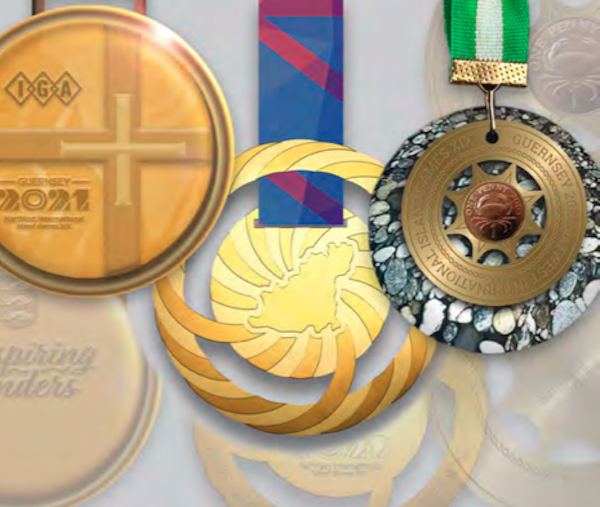 Following a lengthy judging process and a public vote, the winning medal design for the 2021 NatWest International Island Games has been announced.

More than 1,600 local people had their say in the vote between the three finalists, with Option B coming out on top. 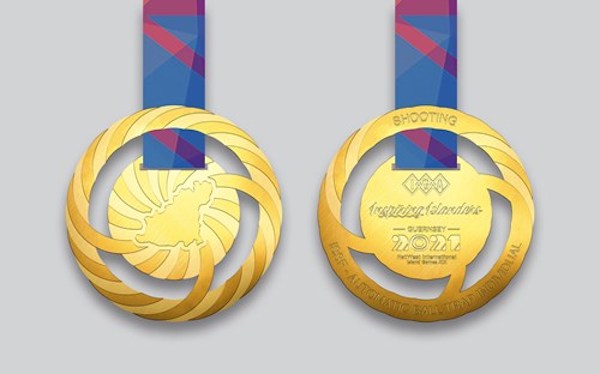 "I wanted to come up with some sort of story that had the meaning behind the medal," explained the winning designer, Chloe Sarre. "Something that people would be proud to receive.

"The idea was that there are 23 islands and the Island Games Association, so I created a segment pattern connected to the island to represent each island and the association all coming together for the Island Games 2021."

The competition first opened at Easter and came to a close in May, with more than 70 entries from Guernsey people of all ages.

"I'm a Graphic Designer, so I love things like that and when I saw it I thought I would give it a go," Miss Sarre explained. "I did quite a few sketches first - there were a few different versions." 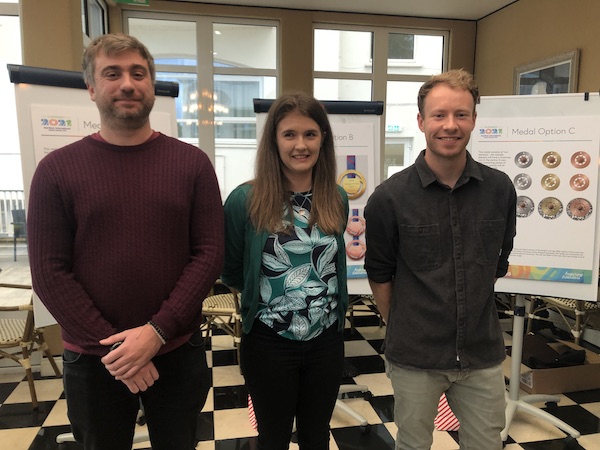 A panel of five judges, including some award-winning local athletes, had the tricky task of choosing three finalists to go before the public.

"We were looking for something that represented Guernsey," said Judge, Dame Mary Perkins. "We all know what medals look like and they all tend to be the same. We want the people that are going to win them to take them away and remember something about Guernsey.

"I'm hopeless as a judge because I think everyone should win, but they can't. It was quite difficult to whittle it down. There were some we could say 'good try, but no' and then it went down to the last half-a-dozen and then we really had to think about it." 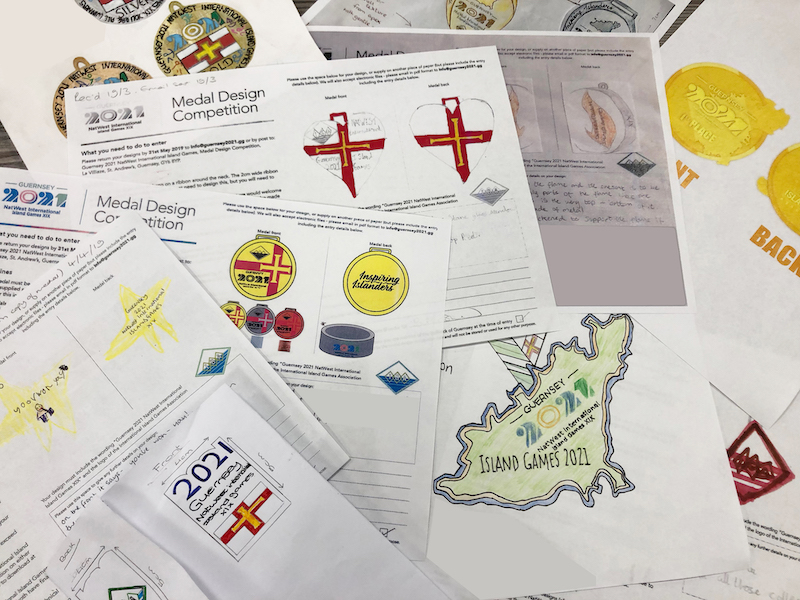 Runners up Matthew Allen (Option A) and Joe Baines (Option C) were also chosen as finalists and will be given VIP tickets to the Games opening ceremony.

However, Miss Sarre's design got the most votes from the public and will feature on 2,000 medals, which will be given out at the 2021 Games in Guernsey. She will even have the chance to present some of the medals herself.

"I'm speechless," said Miss Sarre after her winning entry was announced. "I'm really excited and looking forward to seeing them actually made, rather than a visual mock-up.

"Thank you to everyone that voted and I look forward to it all happening!"