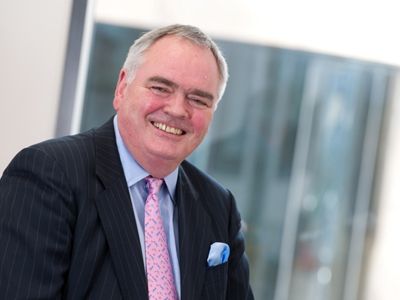 The Board of The Stanley Gibbons Group plc is pleased to announce the appointment of Clive S. Jones as an independent non-executive director with effect from 28 March 2014.

Clive, aged 67, was Chairman of the Jersey Financial Services Commission, the unitary financial services regulator in Jersey, for four years prior to his retirement from the role in October 2013.

Clive has spent his whole career in the banking and finance industry.  From April 1996 to June 2007 he was Country Officer for Citigroup in the Channel Islands.  During this period amongst other roles, he acted as Chairman and Managing Director of Citibank (Channel Islands) and managed the Private Banking business with $7 billion banking assets under management.

Commenting on his appointment, Clive Jones said: “I am delighted to be joining the Board of Stanley Gibbons at such an exciting time in its development.”

Martin Bralsford, Chairman of the Board of Stanley Gibbons added: “We are very pleased  that Clive has agreed to join our board. His extensive experience of corporate governance, financial regulation and wealth management will be a great asset to us.”