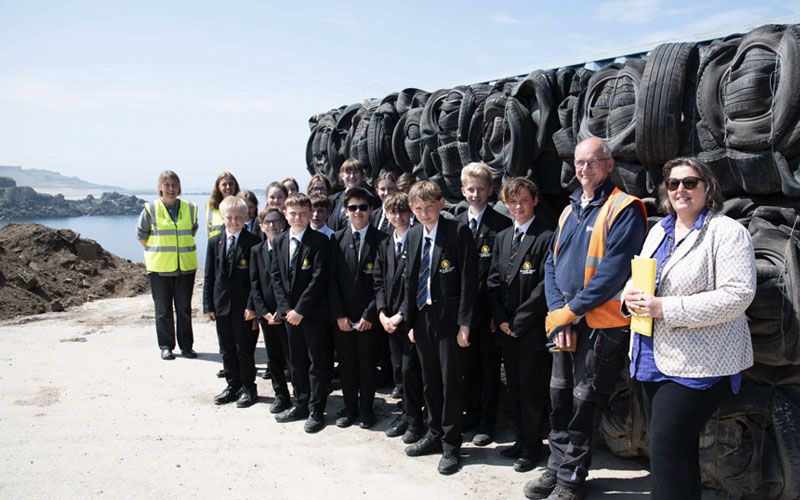 St Anne’s School pupils are being given behind the scenes tours of Alderney’s Recycling Centre at Crabby by the States Works Department this week.

Eleven year groups from age four to 15 are being escorted around the Recycling Centre to learn more about how the island reduces the amount of waste we produce by encouraging recycling.

“It’s a great pleasure to show the students of St Anne’s School the Recycling Centre this week and listen to some of their ideas and thoughts. Of course the best thing we can do for our island and the planet is to reduce the amount of waste we create in the first place but recycling offers a second-best route in reducing our impact. Most of our recycling has to be shipped off-island so it’s important to sort and pack it correctly before it makes the costly journey across the water to its end destination for processing back into useable materials.”

All Islanders are encouraged to reduce the amount of waste we produce by reducing and recycling as much as possible.

Items which can be recycled at the Recycling Centre at Crabby include:
• Aluminium
• Household Batteries
• Cardboard and paper
• Clothing, shoes and textiles 2
• Fridges, freezers, TV and computer screens
• Glass
• Plastic
• Polystyrene
• Steel/tins

See www.alderney.gov.gg for more details on where and what you can recycle in Alderney, including printer ink cartridges which should be taken to the Alderney Shipping office at the harbour. The States Works Department plans to provide further public visits later in the year. 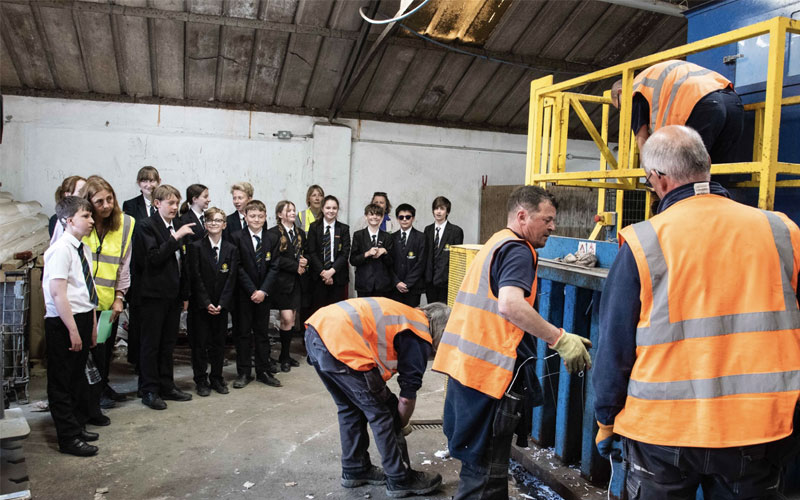