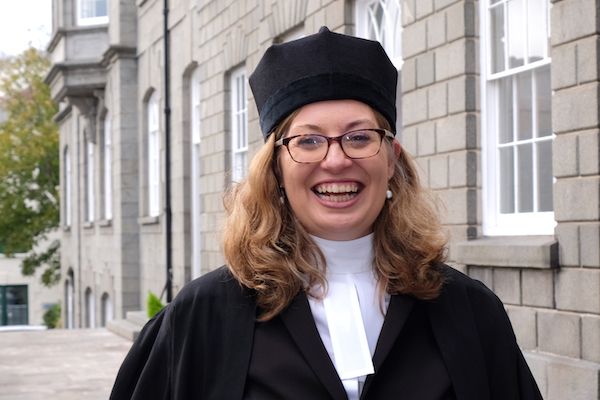 Ogier's Sandie Lyne from the firm's top-tier Dispute Resolution team has been sworn in as a Guernsey Advocate in the Royal Court.

She specialises in cross-border contentious trusts, insolvency and regulatory matters, and has undertaken a secondment to Ogier's Cayman disputes team, where she worked on the Ocean Rig scheme of arrangement, one of the world's largest ever restructurings.

Partner Mathew Newman said: "Qualifying as a Guernsey Advocate is a long and difficult process that requires commitment and a significant investment of time, so all of the partners are delighted that Sandie has been admitted.

"In her four years as part of our team she has carved out a name for herself as a first-class lawyer who has acted for a diverse range of clients including trustees, licensed fiduciaries, beneficiaries, high net worth individuals as well as international banks and insolvency practitioners.

"Her role as President of the Guernsey International Legal Association also demonstrates her standing amidst the wider legal profession in Guernsey."

Ogier's Dispute Resolution team was last week placed in the top-tier in Guernsey by independent legal directory Legal 500, noting that the firm's disputes lawyers are known as "one of the strongest teams in Guernsey".

The directory saw Simon Davies named a 'Leading Individual' and Sam Dingle named a 'Next Generation Lawyer' – and included Ms Lyne as one of five disputes lawyer singled out for praise.

In the same week the Chambers UK directory placed Simon Davies in the top tier and Mathew Newman in the second – citing feedback from clients that Mathew "has provided wise counsel and his advice has been truly excellent from a legal point of view".