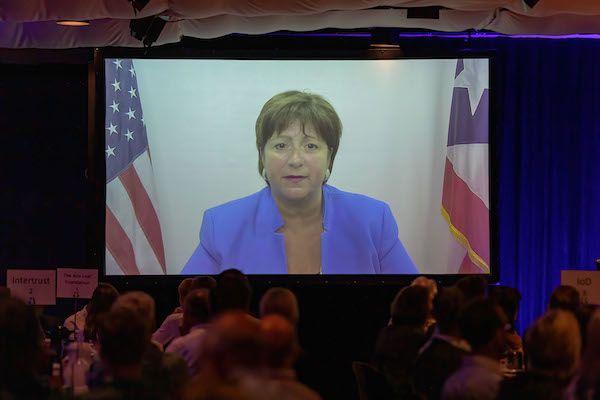 Guernsey’s ability to ‘Revive and Thrive’ will depend greatly on its ability to live within its means and rethink its priorities, according to the keynote speaker at the recent IoD Breakfast Event.

The annual talk was focused on business needs following the corona virus pandemic, and was based on a survey of what local IoD members think the States’ Revive and Thrive strategy should prioritise.

In a Q&A session following her speech, Executive Director of the Financial Oversight Board of Puerto Rico Natalie Jaresco outlined what she felt would be most important for Guernsey’s recovery.

One key issue she discussed was affordability. “I don’t believe in taking on massive amounts of debt,” she said in response to a question about government efficiency. “You have to live within your means, and that will define to a large extent what size government you can afford.”

“The question really is: ‘to what extent does your revenue structure allow you to have the size government that you have?’ If it does not, you have to rethink your business processes.”

Ms Jaresco suggested there may be things that government should "just stop doing", and other things that would need to be done differently in order to work more efficiently. 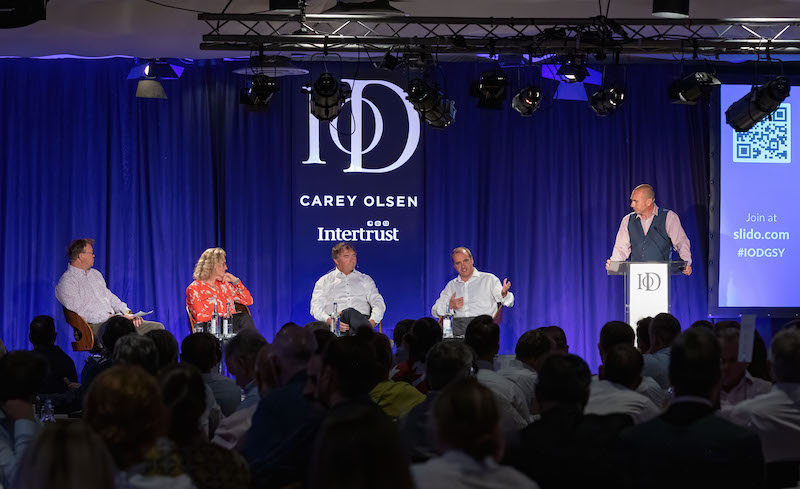 Pictured: The 2020 IoD breakfast discussed the issues most important to local businesses ahead of the October election.

She also spoke about the £250 million loan facility, and how it could be put to use. Her first priority would be to 'focus on those vulnerable elements of the population that need urgent, immediate help." After that: infrastructure, which will “ensure resiliency and improve opportunities for economic growth.”

She identified internet speeds and transportation links as two of the most important investments, benefitting both Guernsey’s international finance sector and the population at large.

Ms Jaresco also placed a heavy importance on measuring success, delivery and output, adding that governments don’t always do this. She shared a few rules that have served her well: “if you don’t measure results, you can’t tell success from failure,” she said.

Measuring results will enable the government to demonstrate results, which Ms Jaresco says is "critical" to winning over public support for change. While some measures of success are subjective, she says it is important to account for how the public feel about changes in process.

Click HERE to read more about the IoD Breakfast event.

IoD asks for businesses' views ahead of election