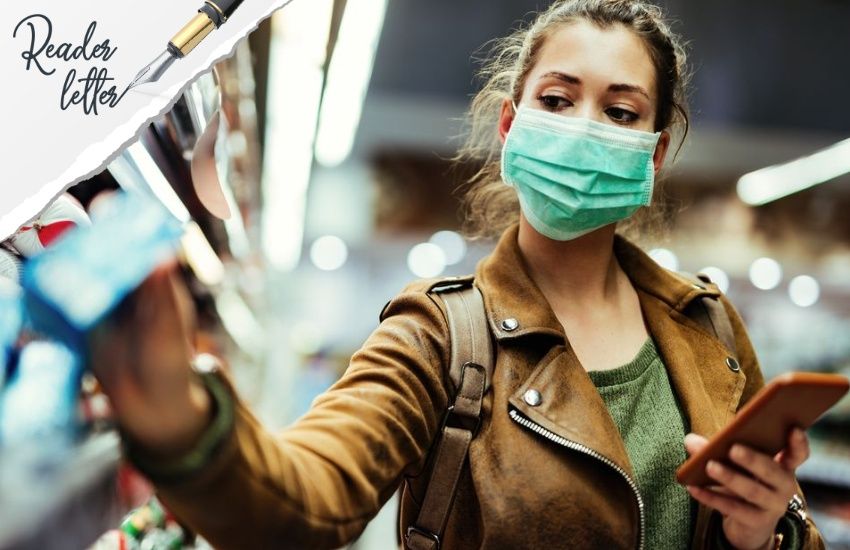 There have been calls for, and a debate in the States about, an independent external review into the Civil Contingencies Authority's handling of covid-19.

Enquiries into covid policies and impacts are taking place in many democracies and I believe that there should be an independent review in Guernsey as well. Some deputies have argued against this happening, but the most voluble protests against it - as reported in the recent news story in this newspaper - appear to have come from the President of the Policy & Resources Committee. Most of those deputies who object to an external review seem to favour an internal review, which would be akin to marking one's own homework.

We are told by the President of the Policy & Resources Committee that the external and independent review would cost £250,000. He said "to go through a painful and analytical review at a cost to the public purse of £250,000.....that's a vast, vast sum of money." I would say that, when set against the astronomical sums running into hundreds of millions of pounds spent on the Civil Contingencies Authority's response to covid since early 2020, it is but a rounding up error. Interestingly, and to his credit, the previous President of the Policy & Resources Committee advocated for an external independent review "to have somebody else objectively assess what we can learn" - so at least he has the courage of his convictions.

To put the £250,000 cost into some sort of context, when the Policy & Resources Committee announced in September 2021 that the previous Chief Executive of the States of Guernsey had been ousted without any proper explanation provided and with no transparency at all, using the norms that apply in such irregular circumstances, the general view was that the cost to the taxpayer was considerably more than £250,000.

It can be concluded from this one example of many that the amount of money is not really the contention at all in all of this. It's clear that almost any amount of money can be found if the use of taxpayers' money fits the agenda. 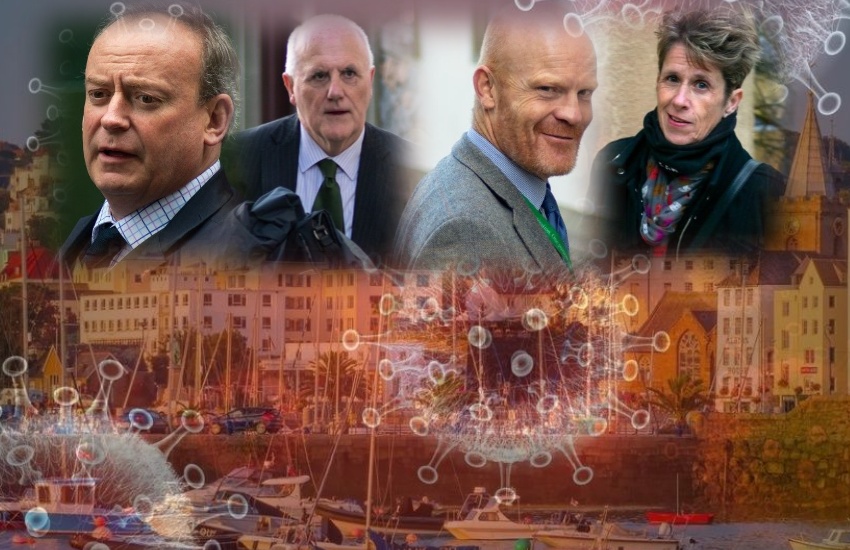 Pictured: A recent States' debate on whether there should be an independent external review or an internal review of covid-19 divided opinion between politicians who at various times have led the Bailiwick's response to the pandemic.

During covid, transparency was in very short supply. Decisions were made by the Civil Contingencies Authority behind closed doors that affected people's lives and mental health viscerally. Decisions that quite often appeared to be arbitrary. But no minutes of its meetings were ever disclosed. Democracy was very much a back seat passenger.

We all know that the collateral damage in Guernsey from lockdown has been colossal: the missed cancer diagnoses; the cancelled hospital appointments and the waiting lists now stretching far into the future; the lost education and opportunities for the young; the denial of rights of passage for children and young people; and the mental health consequences, including the spike in local suicides. How many people have died or will now die unnecessarily on the island because of the completely inflexible covid rules and restrictions that were imposed and which lasted for so long?

Children were and are at no statistical risk of dying from covid (according to the Office for National Statistics, one in a million is the risk) and yet they were probably more affected than any other demographic when it came to the collateral damage from lockdown. Many children - and especially those from lower income families - will have had their life chances stunted. Social mobility has almost certainly been put into reverse. We also know that the island now faces a mental health crisis, particularly with children, all linked to the lockdown policies that were pursued uncompromisingly.

The World Health Organisation released covid figures recently that raise serious questions and which should feed into an independent review of what happened in Guernsey. Sweden was scorned for not implementing a full lockdown, for keeping schools open and for allowing hospitals to function mainly without interruption. They also left their business sector and society operating as close to normal as possible.

This WHO research almost demands that there is an in-depth independent external review of the CCA's response to covid to determine, among other things, whether more lives might in fact have been saved in the round on the island had the CCA not chosen to enforce compulsory lockdown-related restrictions, implemented with an iron fist of the nature we witnessed, and which lasted for so long. Those objecting to an independent external review should surely agree to an independent review if only for the sake of the large number of children who suffered so badly and who will continue to suffer in the years to come. 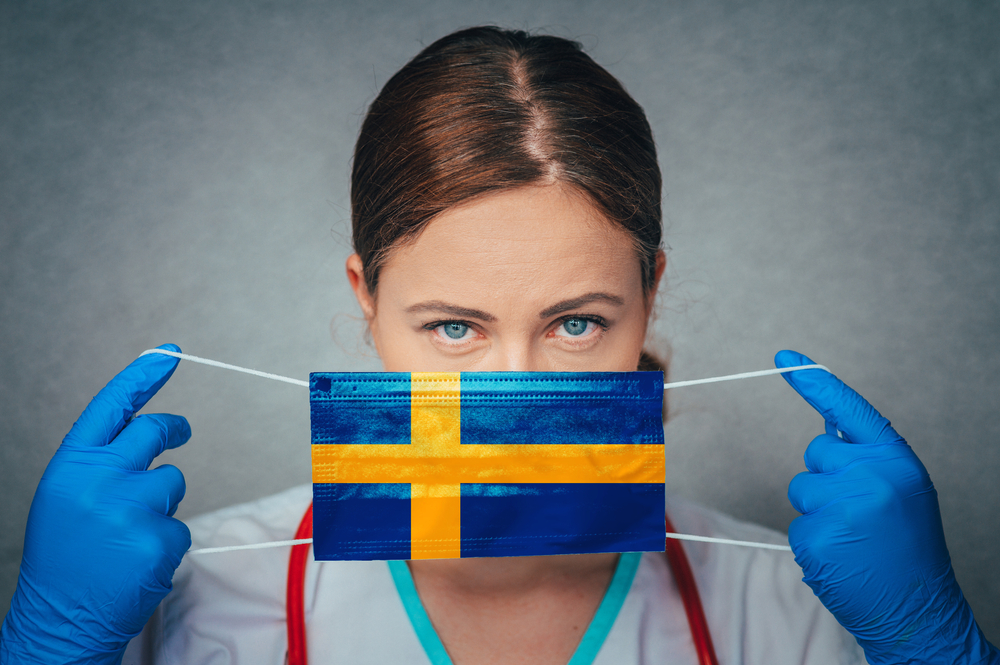 The President of the Policy & Resources Committee made a number of remarks about why there should not be an independent review, including that it was "a complete waste of money", "a review that we don't really need", "a review that is not going to tell us anything because there is nothing to hide", and that those who suggest that he is resisting a review because he may have something to hide "can crawl back under their stone because clearly that is not the truth".

He also said that "here we want some no doubt learned erudite person...might be a good academic person...to no doubt tell us we could do certain things better...what is the point of that? What a complete waste of money and time". These comments spell out to me, and I imagine to many others as well, exactly why the island does need to have an independent review.

It would certainly bring much needed erudition and also independent thinking away from local groupthink. I would suggest that it would have very little to do with crawling under stones, but more importantly making sure that no stones remain unturned, so that we all know what was right, but also where things were wrong, and the consequences of that.

The President of the Policy & Resources Committee said "the terms of reference are vast - a vast, vast review". I say that is exactly what is needed. There should be an independent review with as wide a remit as possible. Nothing should be off the table. The final report should be published for all to see and in its entirety.

I believe that, in addition to an independent review of the CCA and covid, there should now be a proper police investigation into what happened during 'Gatland-gate' in April last year. It was all drowned out at the time by a cacophony of angry denials and bluster from those involved, but the details put out in the media, including the timelines, appeared to show that those who made the rules broke the rules. 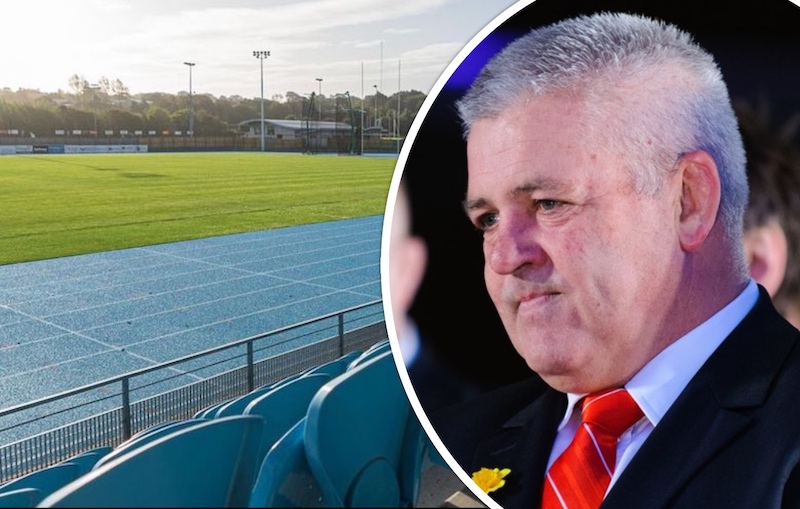 Pictured: Special arrangements were made to allow British and Irish Lions' coach Warren Gatland to visit the island last year when tight covid travel restrictions were in place. He was in discussion with officials about bringing the Lions to Guernsey, but they eventually went to Jersey instead.

In the UK, there have belatedly been police investigations and then fines handed out to the Prime Minister and many others from rule-breaking events that took place as far back as 2020. The Leader of the Opposition is now also being investigated by the police on prima facie evidence that he broke lockdown rules. So that really is the rule of law at work as it should be.

In my view, 'Gatland-gate' was on a more serious scale than the No. 10 parties, where work colleagues had gathered together. The Lions' coach, Warren Gatland, was invited to Guernsey. This was not announced to the public. He did not go into any form of isolation after he arrived, as everyone else had to at the time, without exception. He then mixed with members of the CCA, including with the President of the Policy & Resources Committee and also with the Medical Officer of Health, and many others at social events.

When rumours leaked out after Mr Gatland had left the island, a statement was made by the Medical Officer of Health to reassure islanders that all protocols had been followed, that there had been no unnecessary mixing with Mr Gatland and that he had all meals served in his hotel room by room service. But as the local media reported, this statement was shown to be untrue, as Mr Gatland ate with the President of the Policy & Resources Committee, Deputy Peter Ferbrache, and the Medical Officer of Health, Dr Nicola Brink. Members of the CCA and their advisors, and others unnamed as well, had in fact had lunch and dinner with Mr Gatland and afterwards those people who had mixed with him just went out into the community.

I think we all know what would have happened to anyone else on this island who did those things at that time. Private Eye magazine with a readership of 700,000 picked up on the story and covered it witheringly in their 'Rotten Boroughs' pages and then in January 2022 the magazine announced that in their opinion the President of the Policy & Resources Committee and Dr Brink were 'Covid Hypocrites of the Year'.