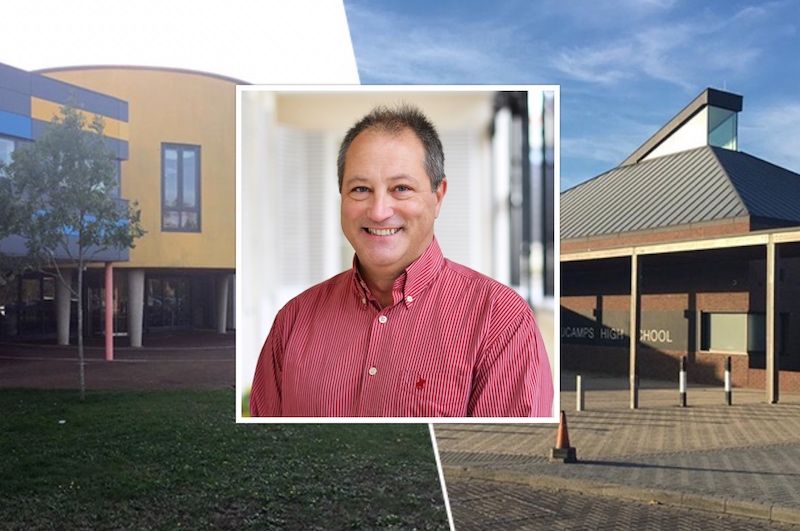 As opposition to the 'two-school' model of secondary education appears to be gathering pace, a former civil servant who was previously tasked with running our schools says it is time for ESC to listen, and to accept that their plans are "dead in the water".

Jon Buckland was Chief Officer of the former Education Department. He was the lead civil servant for the department when selection was scrapped and it looked like the island was going to get four comprehensives, with one being an 11-18 site, and we can all guess which one that was going to be.

The plan at that time was to rebuild La Mare de Carteret High School, but when those proposals went to the States for debate it was opposed, and a three-school model was suggested which in time was also opposed and eventually the States backed the one-school (over two sites) model we now see being implemented.

Having kept out of politics for as long as he felt able, Mr Buckland - who is no longer employed by the States - is now hoping to see the plans for transforming secondary education changed again, having witnessed the people power on display in St Peter Port yesterday. 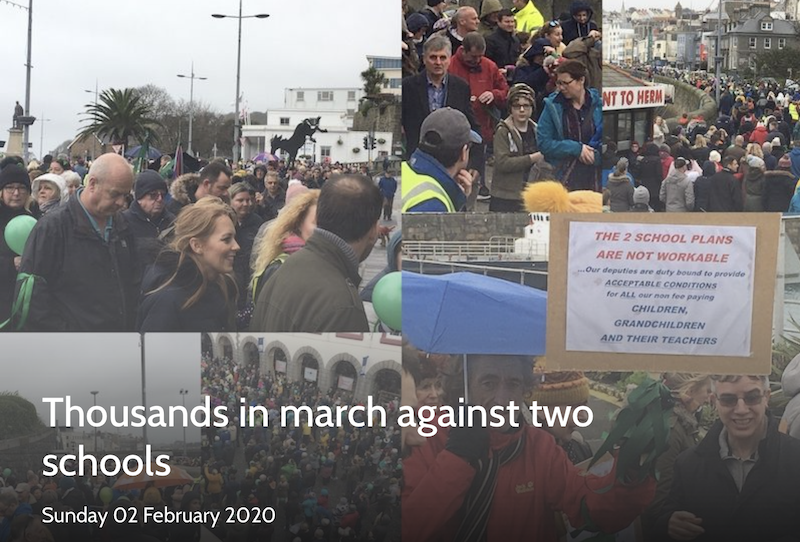 Pictured: Jon Buckland spoke at yesterday's People Power Guernsey protest, which was calling for the States to 'pause and review' before continuing with its current plans to transform secondary education.

"In a democracy, we are meant to have government of the people, by the people for the people.  The fact that so many of us are marching today (Sunday) is that we are having to address a democratic deficit. Education, Sport and Culture have no mandate from the public to implement the one school two-site model.  Personality politics have riven this government since the election in 2016 – Deputy Fallaize’s proposal has been voted for twice by the States with no detailed planning or costing.  Only now do we know the full implications as they have put more information out and the flaw becomes apparent. For some, the only surprise has been that it has taken so long for the problems to emerge.

"We hear a lot about communication, particularly hearing promises of “we will improve our communication”.   Some free advice for ESC - Simply saying the same thing multiple times in different formats with videos, leaflets, drop-ins is not communicating.  Communication involves listening.

"So ESC if you are listening – our children deserve for us to get this right - the one school two-site model is dead in the water. To those deputies who supported ESC on those two previous occasions changing your mind is not a sign of weaknesses. It’s a sign of strength. When the facts change, changing your mind is perfectly reasonable. If the States does not support the requete they will simply have made this an election issue.

"The professionals have said repeatedly that the designs are not fit for purpose. Inadequate recreational areas, poor independent study areas.  I could go on.  But staff have asked me to reiterate that they are not concerned about the effect of the transformation on their working hours, lunchtimes, lack of parking spaces etc. The level of staff opposition is due to the negative impact on learning and the students’ mental health and well-being.

"This is something I care deeply about – what do we want for our kids?

"We want them to be happy and healthy. So how are we doing? Go and have a look at the Young People’s survey and see how happy our secondary children are.

"What I took away from the results was that:

"What on earth are we doing? If we want our children to be happy and healthy why are we failing them so badly? Most worryingly ESC’s One School Two Site Model is going to make this worse. 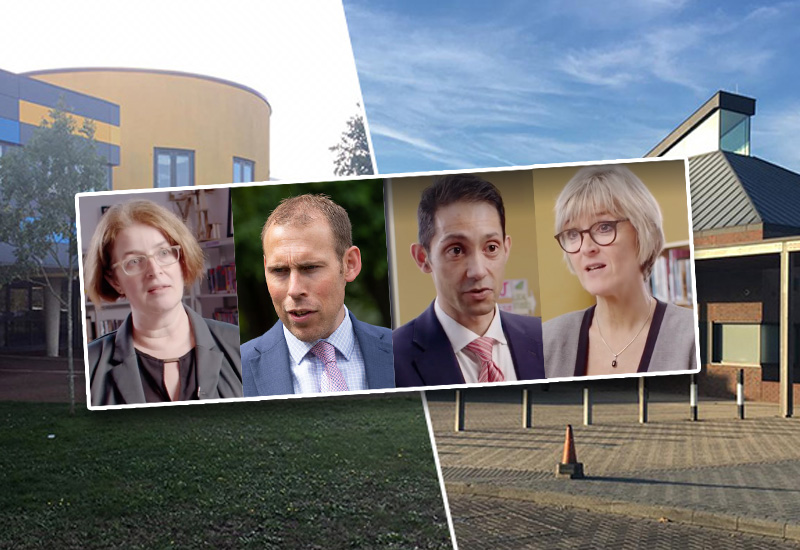 "The One School Two Site model is moving towards the creation of an exam factory as we seem to be following the English model lock stock and barrel by bringing Ofsted in and adopting attainment 8 we are narrowing out children’s study choices.

"Education is not just about qualifications, it’s about equipping children with the skills and attitude to lead a life well lived and yes, employment.

"So we need to unite and come together with a proposal to avoid a lengthy delay and stop making this an election issue. We are where we are because the public and teachers have been successfully played and kept in the dark and allowed ourselves to be divided and conquered.  And they are right at this moment in time there is nothing else on the table.

"So let's get something on the table that we can all agree with and that means we all need to compromise, if we don’t then the dead in the water model will carry on until the election and we will waste more time and money.  For example, how did they spend one million pounds on the De Lisle Methodist Church?  How on earth does buying this building, the latest Fallaize Folly help our educational outcome?  How could this be considered as delegated authority as it is part of the 157 million project. This is disingenuous.

"By pausing and coming up with a proper solution that we can live with, need not affect the College of FE – so let’s let those plans carry on so that the college staff can support us and do the right thing for our children.

"There are only a few feasible options left and it’s not difficult to assess these.  The first option is three 11-16 schools with a sixth form attached to one of them. This would mean effectively, closing La Mare de Carteret High School and moving those students and staff to the other three. This could be done with minimal new building and disruption and could probably be achieved within the same timeframe or quicker than the current committee’s model.  The other option is to have three 11-16 schools with a rebuilt LMDC and creating a sixth form college at LBHS. That would take a little longer.  But for ESC to say it is too difficult to work up is simply not true.

"I am happy to help out and work with others to put a compromise model on the table and if anyone wants to talk reach out.

"In summary ESC if you are “listening” – really put the child at the centre of your actions. Please park your pride and STOP wasting money and effort for something the community doesn’t want.  Despite your hard work, and it is no doubt, well-intended – the one school two-site model is dead in the water. Your model has lost the confidence of the profession and parents. Stop wasting money and engage in constructive dialogue with us.

"To those deputies who supported ESC on those two previous occasions changing your mind is not a sign of weaknesses. It’s a sign of strength. Address the democratic deficit we face. As a community, we bemoan our politicians and label each passing assembly as the worst states ever. Here is your chance to redeem yourselves. I am sick of the personality politics which has got worse in the last few years.  I want a new constructive, compassionate and collaborative politics – go ahead and surprise us - start now.   Please don’t make this an election issue. We can sort this out now.

"And to all of us – lets come together, lets compromise and lets set an example to the Deputies and children – they deserve for us to get it right for them."

The above is all the opinion of Mr Jon Buckland, and not that of Express.