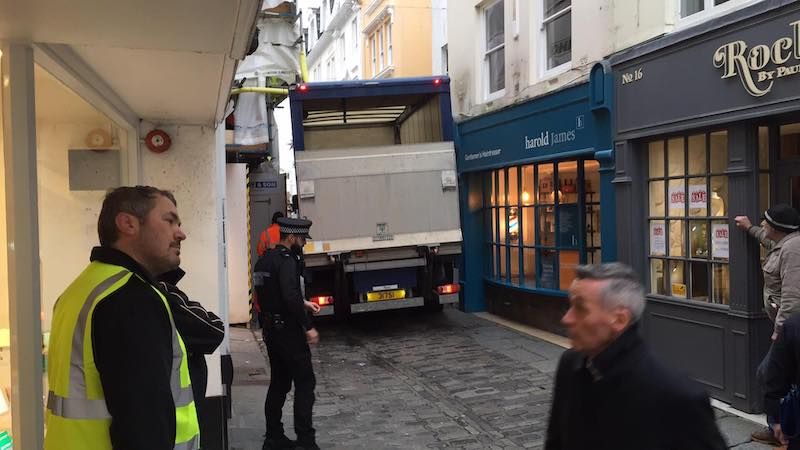 A lorry in a hurry got stuck on scaffolding in a narrow part of Le Pollet this morning, with pedestrians diverted while efforts were made to free the vehicle.

The scaffolding where White Stuff is, is sticking out into the road while work takes place on the building, which is accessible to delivery vehicles early in the morning.

A call was made to the Joint Emergency Services Control Centre at around 08:50 asking for help, as a queue of other trucks formed unable to get through or reverse back into the Lower Pollet, while pedestrians gathered to watch the drama.

Guernsey Police attended to divert those on foot, and to manage the growing number of drivers waiting to deliver their goods to town shops as efforts continued to free the truck from the scaffolding.

Eventually the vehicle was released. While no one was hurt, it's not known if there was any damage caused to the truck, the scaffolding or surrounding areas.

Pictured top: The stuck truck, pictured by a passerby.