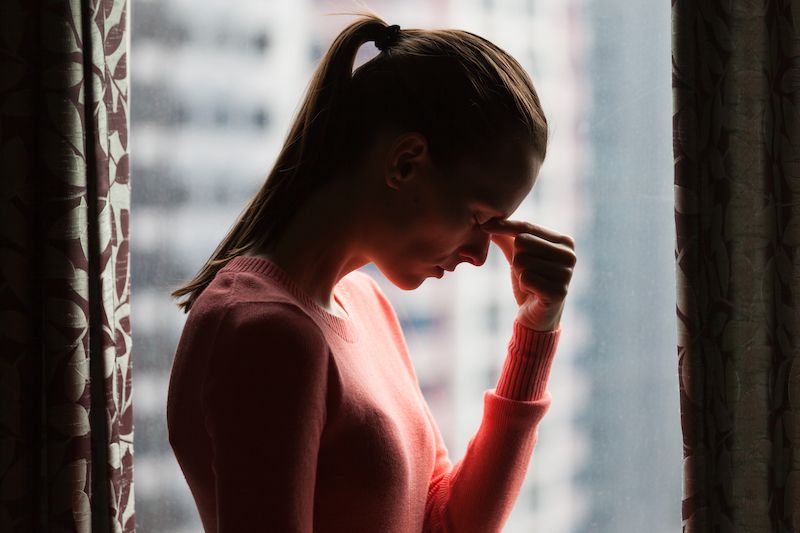 Women spend the equivalent of almost an entire month worrying each year, according to a new survey commissioned by Guernsey-based company Healthspan.

Researchers found that women spend an average of around two hours a day feeling worried or stressed, with two thirds of that time spent feeling anxious about other people rather than themselves.

Meanwhile, men spend around an hour-and-a-half worrying, according to the survey.

The study of 1,000 women and 1,000 men also found that 64% of women have periods of time when they feel constantly worried, with current affairs being the main concern. But the health of loved ones, their family's safety and need to care for older parents are also causing extra stress.

In a result which has been described as "worrying", 57% of women who were surveyed said their anxious habits have led them to neglect their own health over fears about how it would affect their loved ones, while 72% have dismissed health symptoms, putting them down to stress or tiredness instead.

"Sleep is a key coping strategy and without enough sleep, people may experience low mood, lethargy and more stress."

"Because women's stress response is all about the 'tend and befriend' rather than the classic 'fight or flight', women will quite naturally worry about their loved ones," said Chartered Psychologist Dr Meg Arroll. "Women's role in our species' survival is to take care of others, so when there's constant disturbing news headlines, competing caring responsibilities or concerns over putting food on the table, it's not surprising that stress levels skyrocket.

"Managing all these competing demands often results in high levels of stress, which exhibits itself in behaviours such as comfort eating, poor sleep and anxiety. This is why self-care is so very important; remember the old adage 'put your oxygen mask on first before helping others'. This can be achieved by managing stress through techniques such as relaxation exercises and spending time in nature, eating well and adhering to a regular sleep routine."

The top twenty worries recorded for women were:

Pictured: Some women said they worried often about their children or grandchildren.

"We know from research that stress depletes the body of vital nutrients used up during stress responses, including Vitamin D," said Healthspan Medical Director, Dr Sarah Brewer. "Between 30 and 40% of the UK population have been shown to be deficient in vitamin D and, as well as reducing immunity, this may also have an adverse effect on sleep.

"Analysis of nine studies, involving 9,397 people, found that those with vitamin D deficiency had a 50% increased risk of sleep disorders, with poor sleep quality, short sleep duration and sleepiness.