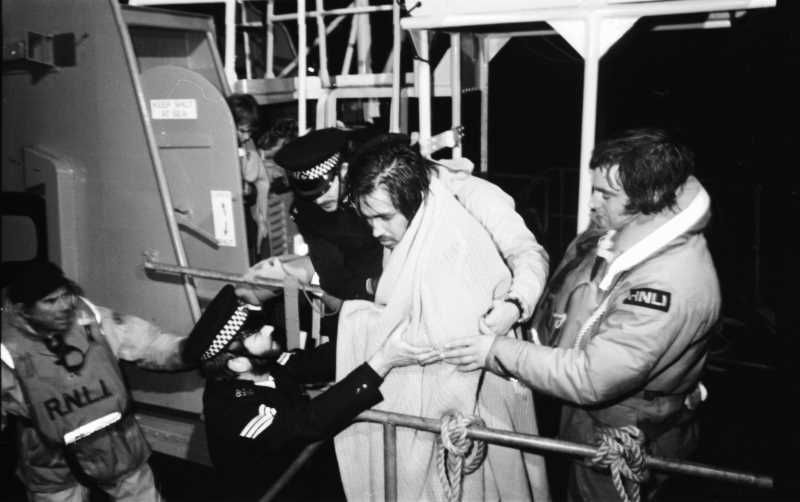 The former coxswain of the St. Peter Port Lifeboat has shared his memories of when he and his crew were called to help the listing Bonita - four decades ago this weekend.

On Sunday 13 December 1981, hurricane conditions in the English Channel had put the Ecuadorian cargo ship and her crew and passengers at risk. 36 people were on board the 8,000-tonne ship as she carried fertiliser from Hamburg to Panama. All but two survived. 29 were rescued by Guernsey's Lifeboat, the Sir William Arnold.

Like most of those on the Bonita that day, the two men who died were crew members. But the Captain and First Engineer had taken their wives and children on board for the journey south and there were also Norwegian and Spanish engineers on the ship. 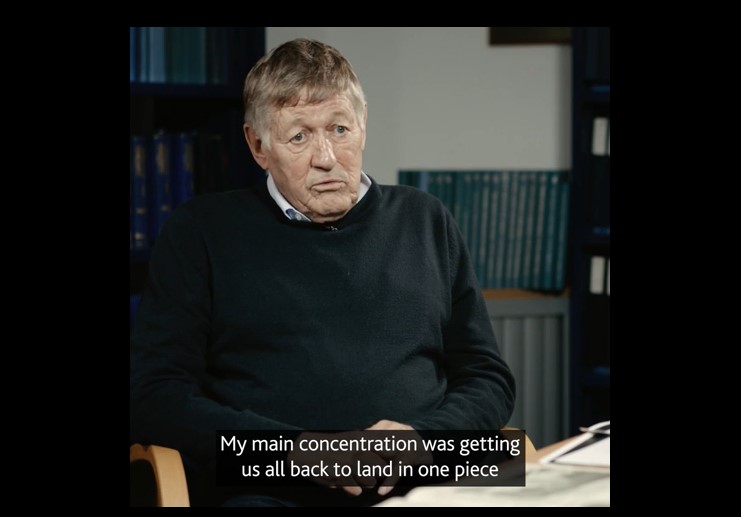 Pictured: Former St. Peter Port Lifeboat Coxswain Michael Scales has recalled the events of 40 years ago in a new interview for the RNLI. You can watch it in full HERE.

The volunteer crew from the St. Peter Port RNLI Lifeboat Station was launched to assist the Bonita at 13:23 that day as the impact of waves against her port side had caused her to list, shifting the cargo, and preventing her from righting herself. The ship lost power before a mayday alert was issued.

As well as the St. Peter Port Lifeboat launching, a Royal Navy rescue helicopter was despatched. The helicopter rescued four people, including the Captain’s wife and toddler, before its rotor blades started to ice up and it had to retreat.

Speaking in a new interview, which can be viewed HERE, Michael Scales, the St. Peter Port Libeboat Coxswain at the time, said the weather conditions were terrible as they launched the Sir William Arnold.

"Well, that morning was quite horrendous," said Mr Scales.

"St. Peter Port Harbour was closed. We got a call about 13:00, roughly lunchtime - we hadn’t had our lunch yet by the way. St. Peter Port had received a mayday and off we set.

"Shortly after leaving St. Peter Port, we broached [keeled over to one side by the force of the wind and sea] and that was the first of many broachings. On the radar, you could just see walls of water."

As the lifeboat approached the Bonita, they found she was listing at 45° in waves 15metres high.

Mr Scales and his colleagues ushered the Bonita crew towards the stern of the ship. On board the cargo ship, shock, panic and exhaustion were compounded by two of the crew suffering broken legs. Others made the leap from the Bonita to the Sir William Arnold.

"It’s not until you see the daunting sight of a ship laying on its side knowing the amount of people that have to be rescued and the precarious position they are in. Then you have a thought: ‘well, how am I going to get these off safely, or as best you can'," said Mr Scales.

When one of the men jumped from the Bonita and landed head first on the Lifeboat, causing a serious head injury, Mr Scales decided they had to change tack and make sure nobody else attempted to jump.

Lifeboat Mechanic Bob Vowles tended to the injured crewman while the other Lifeboat volunteers worked to get a line across to the Bonita so that those on board could jump into the sea and then be pulled onto the Sir William Arnold.

In his new interview, Mr Scales said he still has "great respect for those crew members on board the Bonita who decided ‘well, we’re going to jump’ because personally I wouldn’t have liked to". 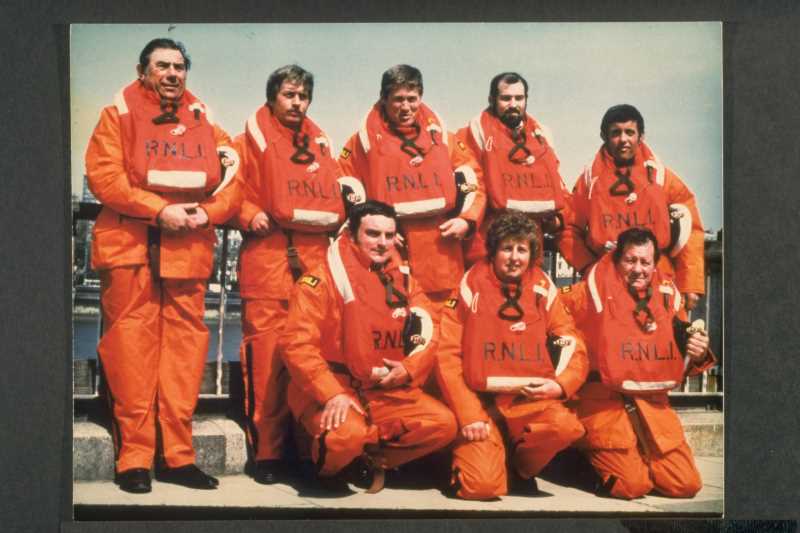 In the four decades since that day, the rescue mission has been recognised internationally for the great teamwork and boat-handling skills it required. Among the success stories from the water that day were the rescue of the First Engineer’s wife and two daughters, who were the first to be pulled to safety. Not all the transfers went so smoothly though.

One man stopped breathing while in the water after letting go of the line. He was resuscitated after being pulled onto the Lifeboat. The Second Engineer, who had broken both his legs, could not make it to the Lifeboat and had to be airlifted to safety by the rescue helicopter, which had managed to return.

Mr Scales said the challenges the Lifeboat crew faced that day were relentless. It was nearly midnight before their rescue mission came to an end and the Sir William Arnold docked in Torbay Lifeboat Station in Brixham with 29 of the 36 people who had been on the Bonita.

The two Bonita crew members who lost their lives will always be remembered by Mr Scales, his crew and other RNLI personnel who can recall the incident. 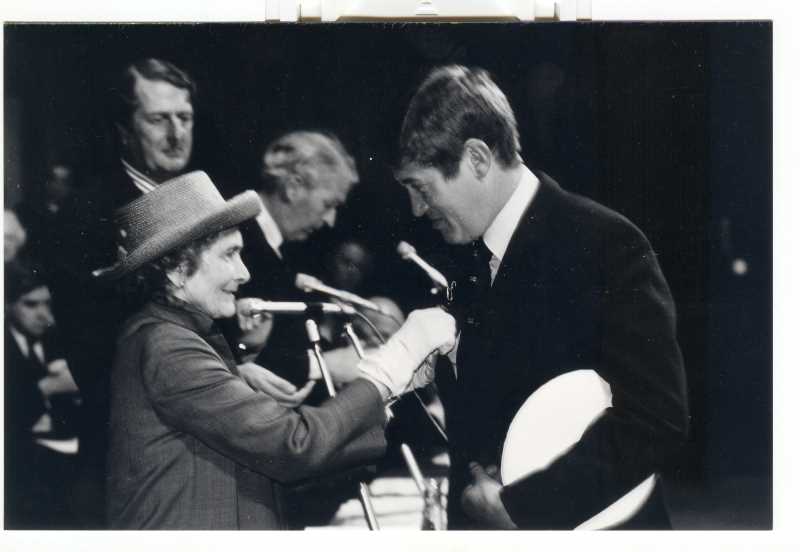 They received their medals at the annual RNLI awards presentation in May 1982. There they met widows of the Penlee lifeboat crew, all of whom had perished at sea along with the crew of the Union Star, which they were trying to assist off the coast of Cornwall just six days after the Bonita rescue.

The RNLI describes the loss of the Penlee as "the worst lifeboat tragedy in living memory". Mr Scales said in his new interview that he remains united in friendship with the relatives of the Penlee crew as the 40th anniversaries of both rescues approach.

"We were there at the same time as the widows of the Penlee receiving their husbands’ or sons’ medals. We took our [RNLI] ties and tied them in a big knot and presented them to the widows as a knot of friendship between the stations." 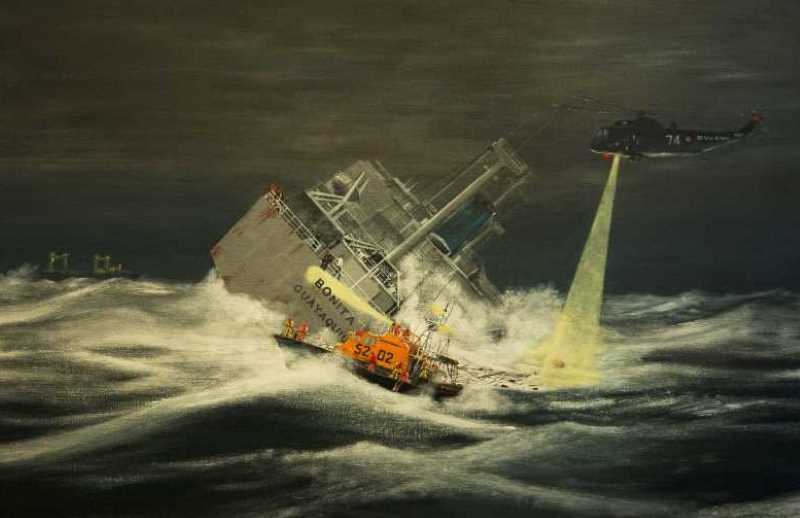 The interview with Michael Scales can be viewed in full HERE.

The RNLI documentary about the Bonita rescue can be viewed HERE.

Pictured top: An injured Bonita crewman is taken off the Sir William Arnold Lifeboat in an image captured by the Herald Express.

All images and videos were provided to Express by the RNLI.