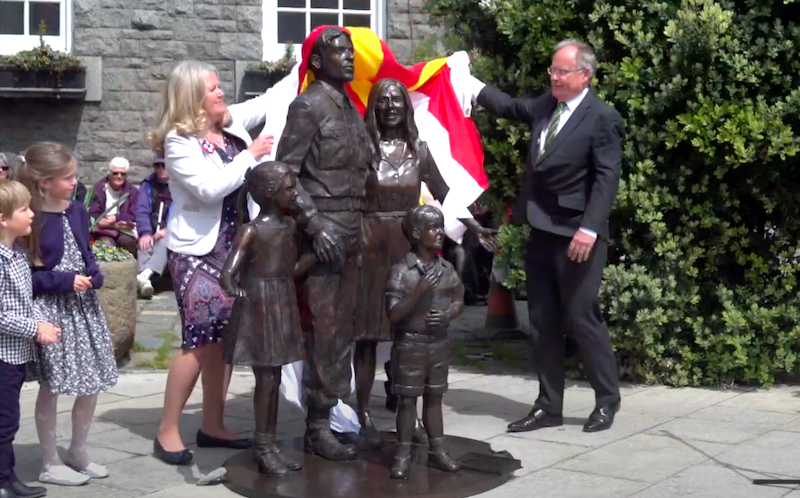 A sculpture capturing "the spirit of Liberation" has been unveiled as a new Town centrepiece.

The artwork by Mark Cook was commissioned by the previous Education, Sport & Culture Committee ahead of the 75th anniversary celebrations last year.

With the island still in lockdown back in May 2020, the sculpture's erection outside the Visitor Information Centre was delayed. At a ceremony this morning, the since-retired Bailiff, Sir Richard Collas, finally got to bow out in the way he had originally intended last year - by unveiling the Liberation-inspired artwork.

"Mark Cook has produced a work of art that I am sure will be admired and enjoyed by locals and by visitors for very many years to come," he told the assembled crowd.

"And I extend that praise also to the students of the College of Further Education who have supported Mark and have been able to incorporate this work and its creation into their own projects and coursework."

Having got a sneak peek at an early version of the sculpture when still in production, he was delighted by the finished product.

"I think it very cleverly captures the spirit of Liberation in 1945 and the subsequent celebrations of our freedom," he said. 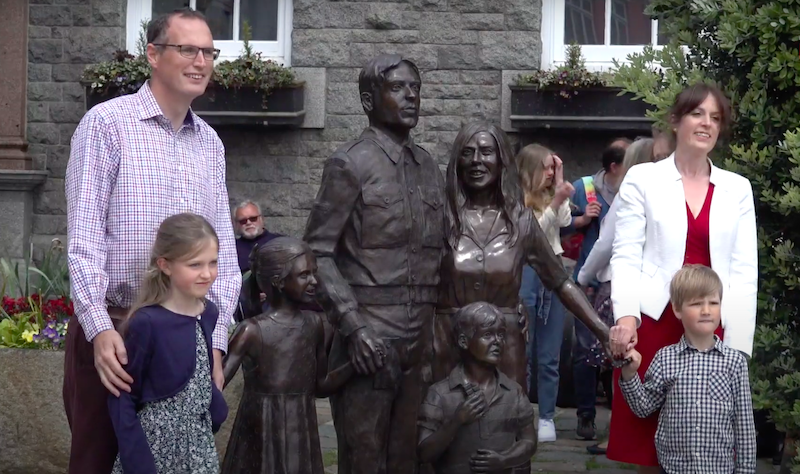 Pictured: People are being encouraged to hold hands with the sculpture, creating "their own unique artwork".

Mr Cook said he had been given an open brief to capture what Liberation means to people today.

"For me it is about being with family and friends," he said. "So straight away I decided that what I needed to produce was an image that was about that. This family represents all families, no matter what form that family takes."

While the sculpture itself is complete, he invited people to impart their own meaning upon it.

"To complete it as a piece of artwork it needs you, the public, the tourists who come to the island, to actually hold hands with it. Every time you do that you will create a new and unique piece of artwork." 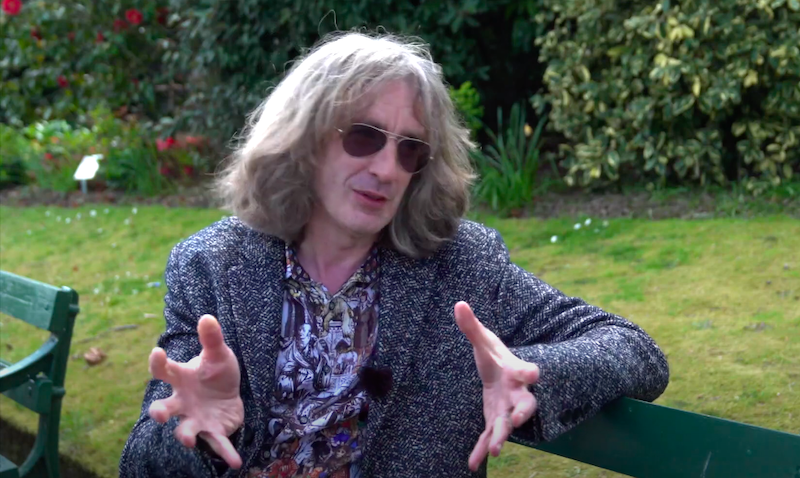 Pictured: Guernsey artist Mark Cook speaking about the inspiration behind the sculpture.

Education, Sport & Culture President Andrea Dudley-Owen thanked all those who have contributed to the sculpture's creation, citing its importance as "a commemoration of our island’s past, present and future."

"This representation of a Guernsey family is hugely poignant for many of us."