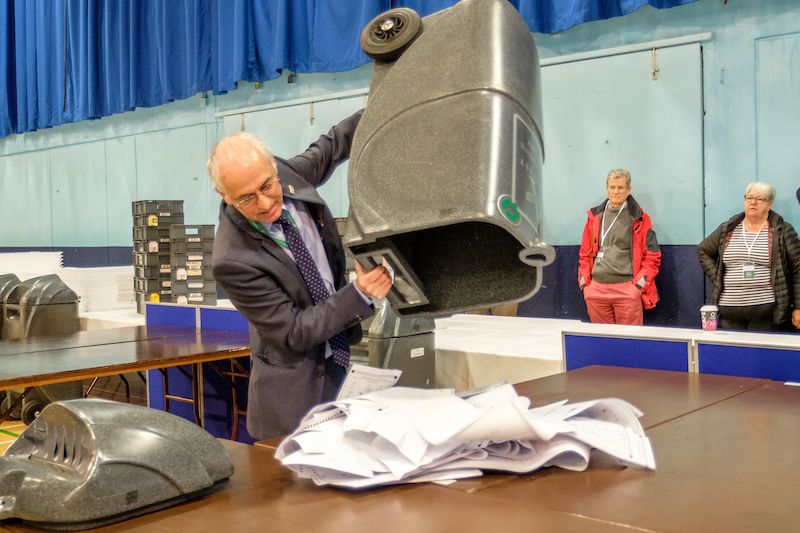 More than 600,000 votes were cast in Guernsey's momentous, record-setting island-wide election - with an average of 26 per voter.

Questions were asked in the lead-up to the election whether the new voting system would damage public engagement, after the 2016 parish-based election saw a record turnout of 21,803 voters.

However, that figure from four years ago has been blown out the water by the number of voters this week.

Pictured: 30,899 people were registered on the electoral roll ahead of the island-wide election.

Engagement with this year's election has also been far higher than for the island's first ever referendum in 2018, where just 14,370 votes were cast.

The 45% turnout two years ago was completely eclipsed by what we saw this morning, as a turnout of 80% was recorded.

One of the main differences in this year's election was the surge in demand for postal votes; around 21,000 people registered for one, which is around ten times the amount issued in 2016.