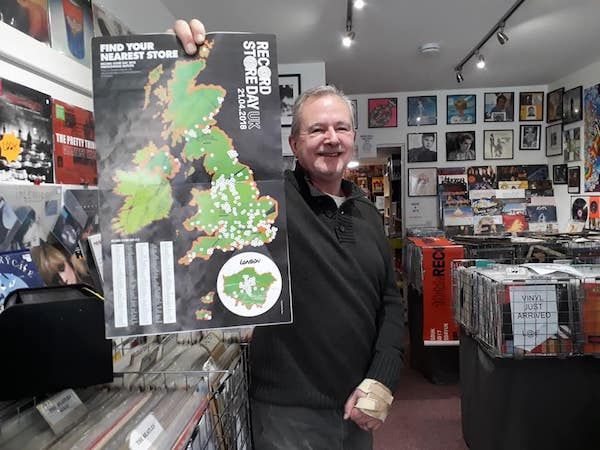 Guernsey's only dedicated record store will once again be marking National Record Store Day with a special event this Saturday, 21 April.

In Guernsey, Vinyl Vaughan in Fountain Street will again be involved in the event and will have some of the limited edition vinyls. Vaughan Davies said: “I’m really excited to be taking part, all this week boxes of vinyl have been arriving in time for the big day, I’m like a kid in a sweet shop!"

The shop will be opening at 8.00 and it will be first come, first served when it comes to the desirable collectables: "We expect queues to start forming from 7.00 like they did last year and we will have free tea and coffee and bacon rolls on offer."

The reward  for those queuing will be a chance to get a rare release with some very famous artists taking part: David Bowie, Pink Floyd, Led Zeppelin, Rag n Bone Man, Motörhead, The Stones, Madness, Arcade Fire and many more. The full list can be found at  www.recordstoredayuk.com 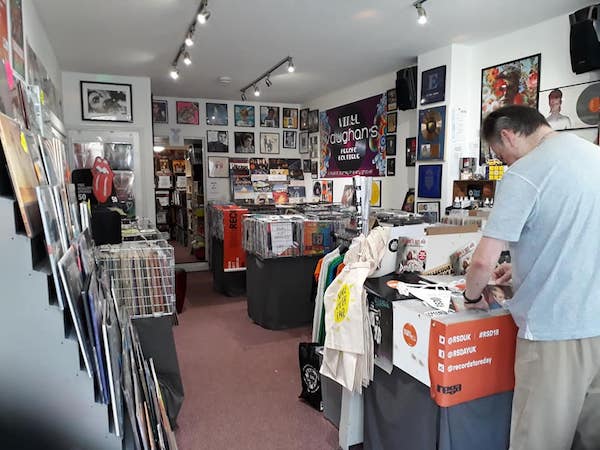 Pictured: The shop in Fountain Street

Mr Davies said: "Vinyls have grown in the last five years I think people have realised how nice it is to have a collectable item with a sleeve and artwork rather than a download. As well as the excitement for new releases people are really keen for originals they are still the most popular and collectable. I remember when I was younger going to Number 19 and buying one album or single on vinyl a week as it was all I could afford."

Mr Davies said his vinyl shop has a great atmosphere: "The shop is a hub where people who love music come - some of my best friends are songs, you listen to music when you are happy or sad and they reflect how you feel. People come in here to discuss bands, we have many different people with an eclectic mix of tastes. We have teenagers coming in here and leaving with Jazz, Blues and Country music." 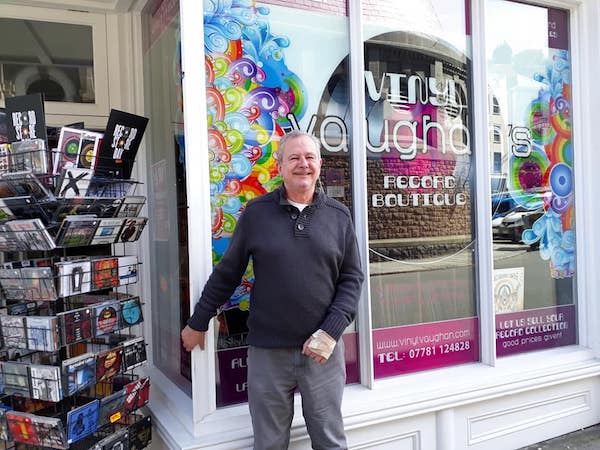 Pictured: Mr Davies outside his shop

Of course Mr Davies still remembers the first vinyl he bought: "It was Manfred Man, Fox on the run as a single and my first album was Bridge over Troubled Water by Simon and Garfunkel."

Mr Davies certainly has an eclectic taste in music and has memorabilia around his shop from The Beatles and Elton John as well as ABBA. He ran the UK ABBA fan club in the 1970's and had the privilege of meeting the band. His shop is full of his own musical memories and meetings and worth a visit.

The shop will also be providing Live music on Saturday with the line up as follows: