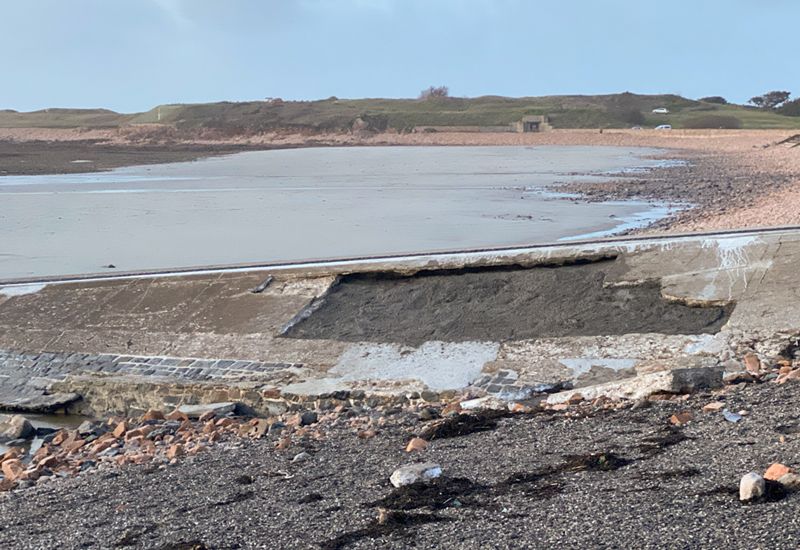 Reinforced concrete has been poured into massive holes in the main slipway at Vazon Bay after this week's storms left their mark on the popular west coast beach.

Holes could be seen in the side of the slipway, near the Vistas cafe after Storm Ciara battered the island earlier this week.

With the French named Storm Innes making her presence felt, before the British named Storm Dennis is due to arrive at the weekend, it was decided that a temporary repair job was needed until the worst of the weather has passed and proper assessments can be carried out.

A spokesperson for Agriculture, Countryside and Land Management Services said:

"The main Vazon slipway was damaged yesterday with a 4m x 1.5 section of the concrete haunch broken away.

"Engineers from Property Services assessed the damage again after the tide had dropped this morning and reinforced concrete has been pumped into the void to stabilise the slipway. The slipway will be regularly monitored and reviewed again after the weekend when further storms are forecast."

Other areas of damage are expected along the west coast in particular after strong winds, coupled with high tides, sent sea water and debris including large boulders flying across the roads.