Vale Church car park to be cleared of abandoned cars 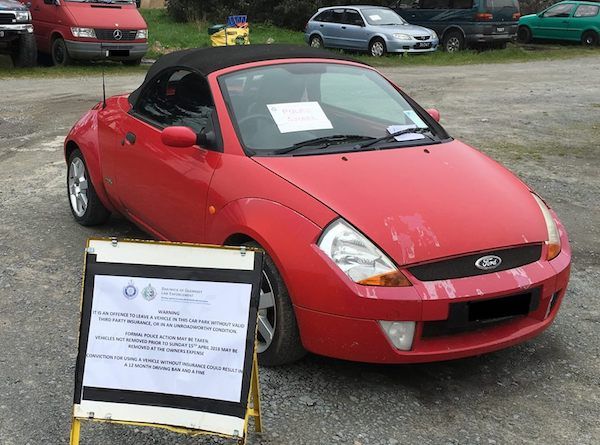 Vale Church car park to be cleared of abandoned cars

Guernsey Police have started to clear the Vale Church car park of a number of cars which they have found without third party insurance along with those that are in an unroadworthy condition.

The force announced that if anyone knew someone with a vehicle in the carpark, they should advise them to move them immediately.

Road Policing Seargent Tom Marshall said this was the start of a larger campaign to clear public parking areas of abandoned vehicles.

"Work to clear the Vale Church Car Park came following a number of complaints.  Parish Officials have been working with our Neighbourhood Policing Team to take positive action to clear the area, and report the registered keepers of the vehicles in question for any offences.

"Just over a week ago, Officers attended the car park and marked those which were parked without third party insurance, or were considered to be unroadworthy.  Nine vehicles were identified in total and three of those were removed by the owners ahead of the given deadline of Sunday 15 April." 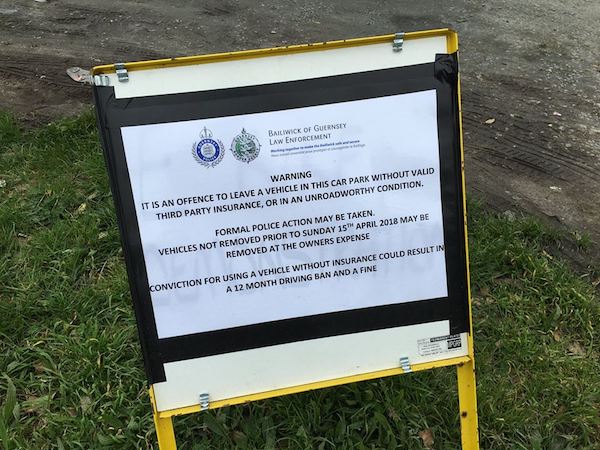 The vehicles were marked with a "police aware" sign previously, and the owners were given the Sunday deadline.

As it has now passed, the police said formal action would be taken and any costs incurred will be passed on to the registered keeper of the vehicles in question.

"The remainder will be removed by us over the next few days and taken to the Police compound under the Removal of Vehicles Ordinance.  Under the law, no court approval is needed for this process, we can remove any vehicle which appears to be abandoned.  Such vehicles take up valuable space in often limited parking areas, and as well as breaking the law, the vehicle owners’ actions have a negative effect on the ambience of the surrounding area," Sergeant Marshall continued.

"The clearance of vehicles from the Vale Church Car Park is the start of a larger campaign which will target other locations which are known to be a problem.  The next area to see similar action will be Les Genats Estate."